Dark secret is out 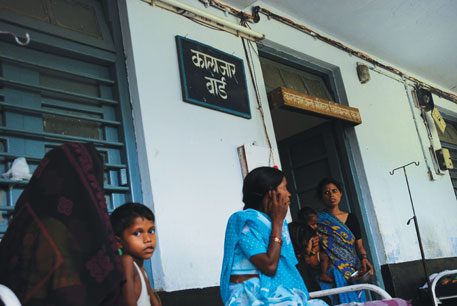 BLACK FEVER or kala-azar is the second biggest killer in the world after malaria. In India, over 160 million people are at a risk from the disease widespread in Jhar-khand, Bihar, Uttar Pradesh and West Bengal. Worse, the parasite that causes it, Leishmania donovani, has grown increasingly drug resistant in recent years.

But there is some good news. A joint research team from Indian Institute of Chemical Biology (IICB), Kolkata, Indian Institute of Science, Bengaluru, Banaras Hindu University, Varanasi, and Institute of Tropical Medicine and University of Antwerp in Belgium has deciphered how the parasite develops drug resistance. Their study, published in PNAS on February 12, shows L donovani produces a complex sugar molecule to remove drugs from the host cells. “This observation can help design new therapeutics against this dreaded disease,” says co-author Syamal Roy of IICB.

To pin down the exact mechanism of drug resistance, the researchers first silenced a gene in parasites that aids glycan synthesis. They then infected cultured macrophages (immune cells that kill bacteria) with three types of parasites: drug-resistant, drug-sensitive and drug-resistant with silenced glycan gene.

“This is the first report to show that drug-resistant Leishmania parasite has evolved a new mechanism to outwit immune defense mechanism of the infected host,” says Roy.