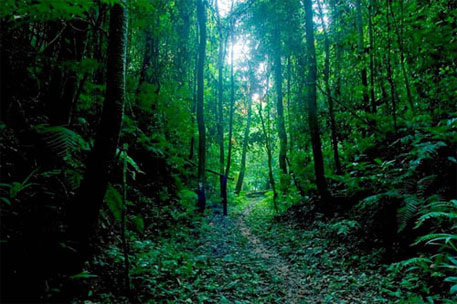 Malawi’s poor residents are making up for the deficit power in their villages by chopping down forest trees for charcoal. The fuel has become a major source of income in urban and semi-urban areas.

Alex Thom makes charcoal by smoldering wood. “The cash crops we grow are seasonal, which means there are parts of the year when we have nothing to sell. But we can store the charcoal and sell it later,” he told Reuters.

Despite the government’s efforts to stop the economically destructive trade, deforestation is rampant in this southern African country. Malawi’s department of forestry told the news agency that researchers have put the deforestation rate at between 1.6 per cent and 2.8 per cent of forest cover per year.

According to the report, only nine per cent of Malawi’s population has access to electricity. This ensures a good market for charcoal produced by communities living near forests. But it also spells disaster for the environment. As forests are increasingly being cut down, the country will experience rising temperatures, Charles Kajoloweka, a consultant on forest issues, told Reuters. “To prevent this, laws governing protection of forests must be adhered to and stricter sanctions introduced,” he added.

The law in Malawi stipulates that those found felling trees should have their equipment confiscated, and where charcoal has already been produced, it should be removed. “There is a need for stiffer punishment. Snatching the charcoal counts for nothing. Charcoal means trees have already been felled,” Kajoloweka said.

In a bid to reduce the market demand for charcoal, forest guards are confiscating the fuel at roadblocks, explains Director of Forestry Clement Chilima. “That way we believe those making charcoal will be forced to seek other means of generating income. But that is not working perfectly,” he told Reuters in a telephone interview.

The government now plans to address the problem at its source, but is tight-lipped about its strategy. Meanwhile, it is planning to issue licences to individuals who produce charcoal in a sustainable way.