Delhi-based non-profit CSE writes to urban development ministry, evaluating the plan and recommending ways to decongest the capital in a comprehensive manner 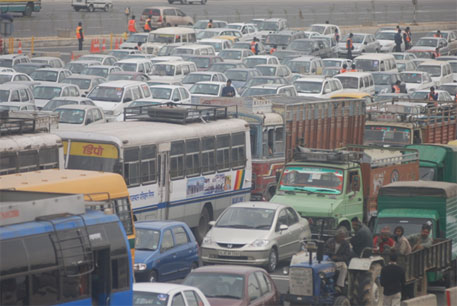 Delhi Decongestion Plan is inadequate and does not take into account critical aspects to address the private vehicle-led traffic congestion in the city, according to Centre for Science and Environment (CSE), a Delhi-based non-profit. The decongestion plan is a roadmap submitted by the high-powered committee set up by Union Minister of Urban Development Venkaiah Naidu.

In a letter to Shankar Agarwal, secretary of the Ministry of Urban Development, CSE Executive Director Anumita Roychowdhury wrote that while they appreciated the initiative, they had assessed the plan for its potential effectiveness and identified gaps that could compromise the efficacy of the overall plan.

Following are some excerpts from the letter:

Finally, CSE makes a case for a clear delivery model, the absence of which will result in quick sanctioning of road development plans at the cost of public transport, connectivity, walking and cycling and which will eventually increase congestion and pollution.