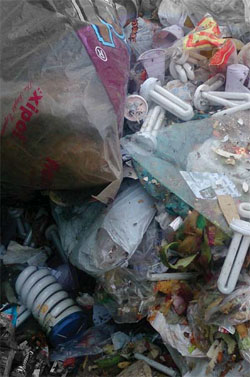 A study by a non-governmental organisation has found 18 hot spots in Delhi which are polluting the city’s environment. Primarily comprising of unorganised small scale industries, these hot spots show lack of regulation and the capital’s inability to manage the waste generated from these areas.

Delhi has 29 identified industrial areas. The city has nearly 130,000 industrial units, out of which only 25,000–30,000 are located in the planned industrial areas and comprise permissible household industries. The rest exist in clusters in residential areas where they are not considered safe.

In the study On the Edge, NGO Toxics Link   surveyed and evaluated 51 identified and unidentified sites. It found 18 potential hot spots which dot the entire city – from Samaypur in north to Okhla in south and from Nazafgarh in northwest to Mandoli in east. 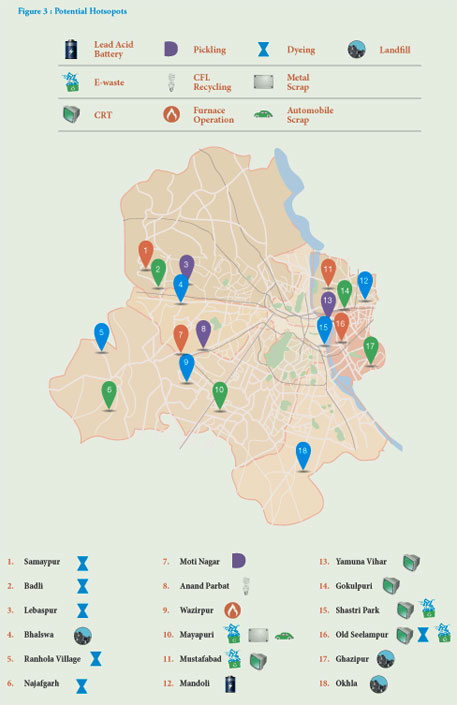 Wazirpur, dirtiest of all

Researchers found Wazirpur to be the dirtiest area. It has nearly 1,200 units, with pickling being the main hazardous activity. Pickling is not allowed within limits of Delhi.

Disposal of compact fluorescent lamps (CFLs)—once considered a boon for the environment for their energy-saving properties—has become a major cause of worry due to presence of mercury. In the absence of implementation of regulations, workers get exposed to mercury while segregating broken CFLs from the others for reassembling. Disposal of broken CFLs is also a matter of concern as no regulations are followed. Anand Parbat has been identified as the main site causing pollution from handling of CFLs.

Dyeing industry is responsible for creating maximum hot spots—six out of 18 in number.
The study used five parameters for evaluation—industrial process, use of chemicals, discharge and emissions, disposal technique, occupational health and safety.