NGT orders Delhi Tourism and Transportation Development Corporation to seek environmental clearance for the suspension bridge, bringing bridges under the ambit of EIA 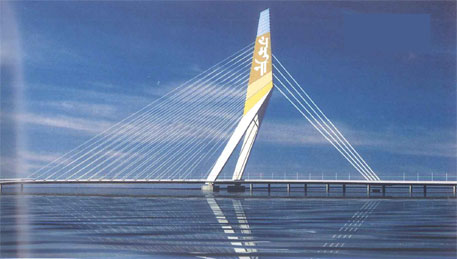 National Green Tribunal (NGT)’s principal bench has ordered Delhi Tourism and Transportation Development Corporation (DTTDC) to prepare an Environmental Impact Assessment (EIA) for the proposed “Signature Bridge” over Yamuna river. The environmentalist, who had approached the tribunal despite bridges being exempt from the EIA notification of the Union Ministry of Environment and Forests (MoEF), welcomed the order.

Noida-based activist Vikrant Tongad had approached NGT in September last year, citing the findings of a report prepared by two Delhi-based non-profits, Environics Trust, New Delhi, and Peace Institute Charitable Trust, Delhi. The report titled “Impact Assessment of Bridges and Barrages on River Yamuna”, published in 2009, said that it was necessary and prudent to conduct an EIA of the Signature Bridge Project and its impacts on the river. Tongad had stated in the petition that diversion of waterways, contamination of soil and impact on aquatic life, including the chances of groundwater contamination, may occur at the pre-construction and construction stages.

DTTDC told the tribunal that when it applied for an environmental clearance from the MoEF in 2007, the ministry replied saying there was no need for it since bridges are exempt from the EIA notification of 2006 and its subsequent amendments.

But the tribunal ruled that the construction of a “bridge” or similar activity over a built-up area of more than 150,000 square metres would come under the EIA notification of 2006 and directed DTTDC to apply for an environmental clearance. The State Environment Impact Assessment Authority (SEIAA) will study its impacts and submit a report in six months. The tribunal, however, did not issue any demolition or “stop work” order on the construction of the bridge, but asked SEIAA to place conditions in its clearance in order ensure that the impact on the river is reduced.

According to Tongad, this judgment will impact other new bridge projects. “Bridges being planned without studying the downstream impact are a huge threat to those who work on the flood plains, especially in Yamuna pushta area,” he says.

Proposed in 2004 by DTTDC, the bridge was meant to be inaugurated before the 2010 Delhi Commonwealth Games. According to sources in DTTDC, contractor Gammon India cited the paucity of funds and extended the completion of the project to 2016. But DTTDC officials pushed for the bridge to be completed by the end of 2015.
The eight-lane bridge is 600 metres downstream of the existing bridge and will connect Outer Ring Road on the western bank with Wazirabad Road on the eastern bank of the Yamuna. The bridge is proposed to replace the existing Wazirabad bridge, which reportedly cannot bear traffic load anymore. The proposed asymmetric cable-stayed bridge is 675 metres long, with a built-up area of 156,000 square metres. With an initial cost of Rs 887 crore, the bridge may end up costing Rs 1,800 crore.

Judgement of the National Green Tribunal regarding the construction of a bridge over river Sal connecting Benaulim village and Sinquetim at Navelim village at Salcete, Goa, 04/09/2014