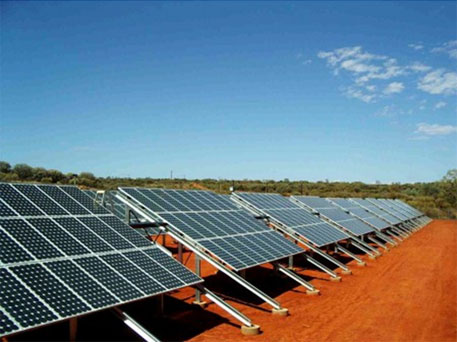 When it comes to renewable energy, developing countries are tapping this source at twice the rate of the developed nations, finds a new study. Fifty-five nations, including China, Brazil, South Africa, India, Mexico, Indonesia, Uruguay and Kenya, installed 142 gigawatts from 2008 to 2013. This is a 143 per cent growth compared to the 84 per cent registered by wealthier nations during the same period, Bloomberg cites a report by Climatescope, an interactive web tool that explores investment climate and policies for clean energy in Asia, Africa, Latin America and the Caribbean.

Developed two years ago by Bloomberg New Energy Finance, in collaboration with the Multilateral Investment Fund of the Inter-American Development Bank Group and Britain’s Department for International Development, Climatescope provides country-by-country assessment, interactive report and index on the clean energy market. It ranks countries on a scale of 0-5 based on their past, present and future ability to attract investment for clean energy companies and projects. The parameters include enabling framework, investment and financing, low-carbon business and greenhouse gas management activities.

Climatescope 2014 includes analysis of markets in 19 African nations and 10 in Asia. China leads the global rank on clean energy with a score of 2.23, followed by Brazil (2.17) and South Africa (1.92). India is placed fourth with a score of 1.85 (Source: http://global-climatescope.org/en/) China received the highest ranking as the largest manufacturer of wind and solar equipment in the world, says a report by Nano Werk, a portal on nanotechnology.

“Climatescope provides an in-depth and objective evaluation of low-carbon energy opportunities in emerging markets, including Africa,” the portal quotes Rajiv Shah, administrator, US Agency for International Development. “With over $20 billion in project financing commitments from our private sector partners, the Power Africa initiative aims to add 30,000 megawatts of cleaner, more efficient electricity generation capacity throughout sub-Saharan Africa,” he said.

Power Africa is a US government initiative to double the access to power in sub-Saharan Africa. The programme aims to build on Africa’s power potential, including new discoveries of vast reserves of oil and gas and the potential to develop clean geothermal, hydro, wind and solar energy.

Ethan Zindler, Bloomberg New Energy Finance analyst based in Washington, says that the boom in renewables is often made for economic reasons. An island nation like Jamaica, where wholesale power costs about $300 a megawatt-hour, could generate electricity from solar panels for about half as much. Similarly, wind power in Nicaragua may be half as expensive as traditional energy, he explains.“Clean energy is the low-cost option in a lot of these countries. The technologies are cost-competitive right now. Not in the future, but right now,” Zindler said in a telephonic interview to Bloomberg.

According to Bloomberg, the 155 nations increased their total investment on renewable energy to $122 billion last year, more than double the 2007 amount of $59.3 billion. “They are proactively trying to build their clean-energy economies themselves. They have learned many lessons about what it takes to grow clean-energy capacity and are taking steps to do it,” Zindler added.