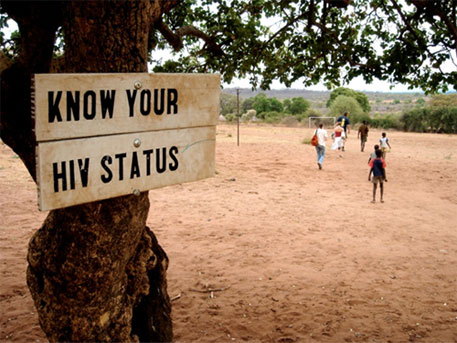 Social protection measures such as cash transfers have the potential to prevent HIV, especially sexual transmission of HIV, according to a report released by the United Nations Development Programme (UNDP) last week.
The report has analysed the benefits of the direct cash transfer scheme in certain contexts and found that it helps address economic and gender inequalities, both of which expose people to risky sexual behaviour. Cash transfers also improve access to education and encourage people to access voluntary counselling and testing. These are critical in the prevention of HIV infection.

“We’ve known for years that cash transfers can reduce poverty, improve access to education and health services, and tackle other broader development objectives. That cash transfers are now showing serious potential to prevent HIV at the same time is a huge ‘win-win’, with possible implications for how sectors of government design and finance mutually beneficial programmes,” says Mandeep Dhaliwal, director of UNDP’s HIV, Health and Development Group, in an official press release.

A large proportion of the evidence has emerged from the experiences of girls and young women in sub-Saharan Africa who are known to bear significant HIV burdens.

The report cites the example of South Africa’s Child Support Grant (CSG) which reached nearly 11 million children in 2012. A study by United Nations Children’s Fund (UNICEF) and the South African government, mentioned in the report, found that among adolescents, the grant was associated with reductions in pregnancy, alcohol use and risky sexual activity, like having multiple sexual partners.

A study by Cluver et al., quoted in the report, found that in households that received a child-focused cash transfer, 51 per cent girls were less likely to exchange sex for money or goods and 71 per cent were less likely to be in an age-disparate relationship. The direct cash transfers were found to address income poverty, a major factor for HIV risk among adolescents.
The report recommends that cash transfers must also be explored for their potential to prevent HIV among specific groups such as men who have sex with men, transgender people, sex workers, and people who inject drugs.