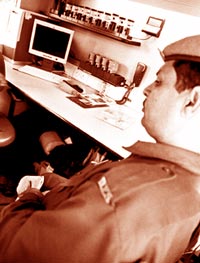 These grim statistics were presented by H C Shah of us-based Risk Management Solutions Inc at the recently held World Congress on Natural Disaster Mitigation at New Delhi. Using these figures, he proved that developing countries like India have made little progress in either reducing fatalities or economic losses from natural disasters. Worst still, these countries are yet to tap the insurance sector's potential, as countries like the us do. "From 1950s to 1990s, the number of major disasters has gone up from 20 to 91. Corresponding losses have escalated from us $42 billion to us $660 billion, out of which hardly 19 per cent was insured, concentrating chiefly in the industrialised countries," Shah informed.
The congress was hosted for the first time in India; about 20 countries participated. Prime minister Atal Bihari Vajpayee inaugurated it and declared a disaster mitigation fund worth Rs 5,000 crore would be set up. Jointly organised by the Institution of Engineers (ie) and the World Federation of Engineering Organisations (wfeo), the focus of the congress was on problems developing countries faced. "Natural disasters occur in industrialised countries as well, but their preparedness is very high. But countries like India need lot of upgradation and improvement in disaster management systems," pointed out K B Rajoria of ie. K C Pant, deputy chairperson of India's Planning Commission, stressed on the need to make disaster management an integral component of the development process. Rajnath Singh, Union minister for agriculture, discussed how the 2002-03 drought led to a loss of one million workdays and left behind 10 million hectares of agricultural land unsown.

The situation is grim in other developing countries. Geethi Karunaratne, director of Centre for Housing Planning and Building, Sri Lanka, pointed out how a single day of rainfall (350 mm) on May 17, 2003 led to severe floods and landslide in five districts of Sri Lanka: policy and institutions existed there, but lacked legal back-up. Amod Mani Dixit of the National Society for Earthquake Technology, Nepal said that many initiatives in earthquake management existed in the country, but institutions hadn't the capacity to implement emergency response or risk reduction.

Other institutions are also trying. "The national building code is being revised to ensure that every building has to take a clearance from a structural engineer. We have also prepared an Engineers Bill and forwarded it to the Indian government for discussion and notification," said O P Goel, president of ie. A group of amateur radio operators demonstrated how useful their equipment is during a calamity (see: "A social good").
Complained Deepak Narayan, former engineer-in-chief with Public Works Department: whereas on paper an excellent system existed, its implementation was far from satisfactory. Disaster preparedness plans lacked community participation. N Sanyal, chief executive officer of Orissa State Disaster Mitigation Authority complained that his state was financially weak; allocating funds for calamity relief was last on the priority list.

Prevention is key to disaster management. V Suresh, former chief managing director of hudco explained, "Disaster resistant features in a house costs only 5-10 per cent more, but retrofitting, carried out after the building is constructed, costs 15-25 per cent extra. We need a paradigm shift from post-disaster mitigation to planning, partnership and prevention." As V K Mathur, director, Roorke-based Central Building Research Institute, sums it up: "For every rupee spent on management, an average of Rs 10 is saved on cost of recovery."