Reviving the ethanol programme, on paper 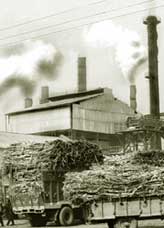 On August 4, 2005, the Indian Oil Corporation (ioc), on behalf of all state-owned oil companies, signed an agreement with the Indian Sugar Mills Association (isma) for sustained supply of ethanol. The compound is to be blended in petrol to reduce emissions of carbon dioxide and carbon monoxide, under the eco-friendly ethanol programme of the Union ministry of petroleum and natural gas (mopns). Ethanol is made by distilleries, mostly owned by the sugar industry, from molasses, a by-product.

The agreement could revive the ethanol programme introduced in January 2003. Under it, five per cent ethanol was to be blended in petrol in nine states (Maharashtra, Uttar Pradesh, Tamil Nadu, Andhra Pradesh, Gujarat, Goa, Uttaranchal, Haryana and Punjab) and four union territories (Chandigarh, Dadar and Nagar Haveli, Daman and Diu). But it failed to take off due to erratic supply and pricing issues. Both the government and the industry continue playing the blame game.

"Ethanol has been introduced because of sugar industry lobbying; they just want huge profits. For oil companies, it is a headache to blend ethanol with petrol, for it means dealing with the sugar industry and making technical provisions for blending. The prices of ethanol do not provide incentive to oil companies," says Aditi S Ray, joint adviser, mpns.

Ray is doubtful about an assured supply this year despite the agreement and the ministry willing to pay as high as Rs 19 per litre. "Most of the molasses-based alcohol is diverted to make potable alcohol, or has other industrial use; this fetches a higher Rs 22-23 per litre. Making ethanol is a low priority for the industry. Our estimates show this year, the industry can supply only 0.8 lakh kl of ethanol, against our demand of 4.9 lakh kl," says Ray.

The industry, however, denies the scarcity. "There is enough ethanol available, but there is no assured demand. The government seems to be non-serious about the ethanol programme, judging by m o pns's 2004 notification, as per which, use of ethanol is no longer mandatory for oil companies," says isma director general S L Jain. "Despite this, we are willing to offer ethanol at prices that mean losses for us; we are doing so because we want to create a market for our product," adds Jain. He alleges state governments force distilleries to supply alcohol for potable purposes; this earns them huge profits through excise duty.

isma is not the only one dissatisfied by the government. Members of the New Delhi-based All India Distillers' Association (aada) blame it for keeping them out of the agreement. Ray, however, says they were invited to float tenders. But if stand-alone distilleries (represented by aada) are importing rectified spirit to make ethanol, their product would not be encouraged, as one aim of the programme is rural employment generation, she adds.

Experts blame both the industry and the government for the situation. "There can be a short-fall of molasses in certain years; it is an agri-product. That means industry should diversify the substrate (the us, for instance, uses corn); and during such years if the industry quotes a higher price, the government should be willing to pay. If officials can understand market forces while dealing with international oil giants, why have an irrational approach for the indigenous industry?" asks Jai Uppal, senior advisor, Winrock International, a New Delhi-based non-governmental organisation. As per H B Mathur, a retired professor of Indian Institute of Technology, there is no shortage of raw material. "Most distilleries are working only at 30-40 per cent capacity. The problem is the industry wants to make quick profits. It is wrong to say they are selling ethanol at a loss, as the cost of production is only Rs 11-12 per litre. It should rather let the users get addicted to its product by offering low prices, and then gradually increase its prices. The blend can be increased to 10 per cent, as it is both economically and technically the optimum blend," asserts Mathur. Uppal concludes by saying unless there is a multi-stakeholder planning, the ethanol programme would remain confined to the realm of paper.