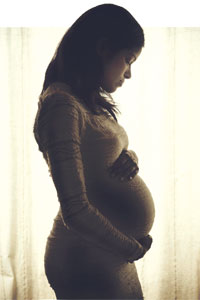 Pregnant women are often unaware of the toxic solvents present in common products like paints and dyes or the harm these can cause to their unborn babies. They require counselling to minimise their exposure to such toxins, but a team led by researchers from the University of California in San Francisco (UCSF) say only a few obstetricians counsel their patients on environmental toxins.

In their study paper published in PloS ONE on June 25,  the team suggested that if physicians had better training and evidence-based guidelines, they could be more proactive and counsel patients without alarming them.

The study was carried out in the US on a national level and was based on the obstetricians' attitudes towards advising pregnant patients about the various environmental health hazards. The team found that nearly 80 per cent agreed that physicians have a major role to play in aiding patients to reduce their exposure to adverse environmental conditions. The survey showed that only one in five of the 2,500 physicians who were surveyed said they had routinely asked about these exposures, and just one in 15 said they had received training on the harmful reproductive effects of toxic chemicals. Only a small minority of these physicians use their limited time with patients to discuss how they should be avoiding exposure to toxic substances.

Many doctors said that their patients often have more pressing and immediate health concerns, such as poor diet, low BMI, sedentary lifestyles, obesity and other chronic medical conditions like diabetes. They also pointed out that they were afraid of scaring their patients about the chemicals found in the workplace and in thousands of household and industrial products like nail polish, house cleaners and paint fumes because it's almost impossible to avoid being exposed to them.

Naomi Stotland, an associate professor at the Department of Obstetrics, Gynaecology, and Reproductive Sciences at UCSF, and the study's lead author said: “many environmental exposures are unavoidable, so, we counsel women on the substances that we know are most likely to cause harm, while providing them with practical ways of reducing their exposures."

While some women wanted to know about the adverse effects of the chemicals they're exposed to so that they can take precautions, the doctors said they didn't know enough or were too uncertain of the evidence to feel comfortable on making firm recommendations to pregnant women.

A year ago, two leading women's health professionals' societies, the American College of Obstetricians and Gynecologists (ACOG) and the American Society for Reproductive Medicine (ASRM), issued a “Committee Opinion on Exposure to Toxic Environmental Agents”.

"We don't know where the most harmful chemicals are used, how we are exposed to them or what the health risks from these exposures might be. We need to leverage the voice of health professionals in policy arenas, as well, to shift the burden of proof about a chemicals' safety or toxicity to the manufacturers," said Jeanne Conry, former president of ACOG and also a co-author of the study. "The remedy goes beyond improving physician knowledge and patient counseling about environmental chemicals," she added.

Research: Predictors of plasma DDT and DDE concentrations among women exposed to indoor residual spraying for malaria control in the South African study of Women and Babies (SOWB)