Nearly two billion lives have been touched by his inventions 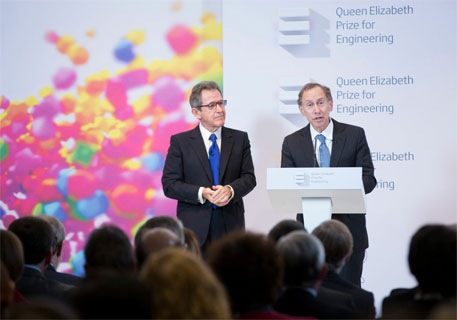 Robert Langer, an internationally-acclaimed inventor and engineer, with over 1,000 issued and pending patents and 1,300 published articles, has been hounoured with the Queen Elizabeth Prize (QEPrize) for Engineering. The award that has often been likened to a ‘Nobel’ for engineering is a global £1 million prize that celebrates the engineers responsible for a ground-breaking innovation that has been of global benefit to humanity.

Langerwho was born in 1948 is an American engineer is one of 11 Institute Professors at the US’ Massachusetts Institute of Technology (MIT), the highest honour that can be awarded to a faculty member. Prior to this role, he was the Germeshausen Professor of Chemical and Biomedical Engineering.

According to a press release by the QEPrize, from the start, Langer’s work has been characterised by a truly interdisciplinary approach. He developed his first drug delivery system during the 1970s while working with Judah Folkman, a Harvard professor and surgeon at Boston Children's Hospital. Folkman hypothesised that the growth of cancerous tumours could be restricted by stopping angiogenesis, the formation of new blood vessels, and he asked Langer to find a way to inhibit it. Once he had discovered how to create polymer micro- and nano-particles that could support and release sensitive protein-based drugs in the body, he used this technique to test possible drugs to control angiogenesis. He and Folkman isolated the first substances that blocked angiogenesis; such substances have been used to treat over 20 million patients.

“Robert Langer took the guesswork out of designing controlled drug delivery systems, using his profound knowledge of chemical engineering, chemistry, biology and polymer science. There was originally great doubt that a polymer delivery system would be able to deliver the macro molecules required for various medical treatments, but he challenged that thinking and produced a methodology that is now the foundation of much of today’s drug delivery technology," says QEPrize Judge Professor Lynn Gladden.