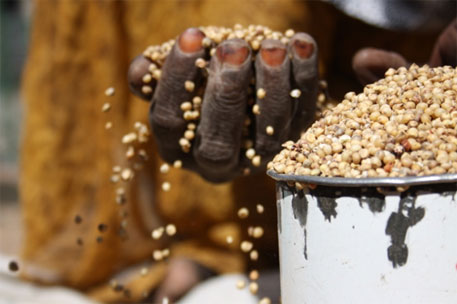 Fearing an acute food crisis in West Africa, the Food and Agriculture Organisation (FAO) has launched a new assistance programme for 90,000 vulnerable households in Guinea, Liberia and Sierra Leone. This initiative will help the countries stop the spread of the disease and meet immediate and long-term food security needs of the communities.

The Ebola endemic is already affecting livelihoods and people’s access to food. According to the FAO, 47 per cent of the respondents in Sierra Leone said the disease was disrupting farming activities. Prices of food commodities rose from 30 to 75 per cent in Lofa county of Liberia in August 2014.

A World Bank Group assessment report estimates that if the epidemic were to spread significantly to neighbouring countries, the resulting economic losses could reach US$32.6 billion by the end of 2015.

“With Ebola’s potential to inflict massive economic costs on Guinea, Liberia, and Sierra Leone and the rest of their neighbours in West Africa, the international community must find ways to get past logistical roadblocks and bring in more doctors and trained medical staff, more hospital beds, and more health and development support to help stop Ebola in its tracks,” said Jim Yong Kim, the president of the World Bank Group, in an official statement.

The organisation urged neighbouring countries to end the fear factor that has led to the closing of borders and suspension of flights and commercial activities in the affected region. According to the assessment report, economic losses arising out of the epidemic can be limited through coordinated national and international action. The World Bank Group is mobilising emergency financing of $400 million for the three countries most affected by the crisis.

The World Health Organisation puts the death toll at 3,865, with a total of 8,033 cases in its latest update. Thomas Eric Duncan, the first person to be diagnosed with Ebola in the US, has died in hospital.