Nearly 470,000 people in the West African country might be food insecure by March 2015 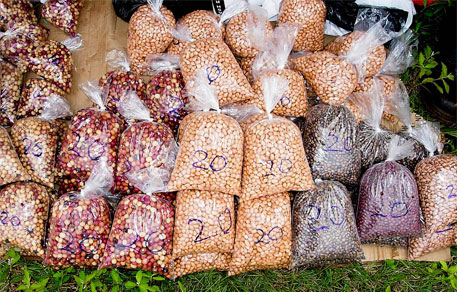 For Guinea, where 2050 people have died in the present outbreak of Ebola and thousands have been left without food and jobs, there is finally some ray of hope.

In a new project, supported by the World Bank, the country's government, and UN’s Food and Agriculture Organization (FAO), experts will assist rural households whose livelihoods and access to food are severely threatened by the impact of Ebola. As a part of the initiative, US $5 million will be invested by the FAO.

Before this, the World Bank had mobilised some US $15 million in emergency financing to provide a record 10,500 tons of maize and rice seed to more than 200,000 farmers in the countries most-affected by the unprecedented Ebola outbreak.

The project envisages a social mobilisation campaign in which a total of 30,000 households will be sensitised on measures to counter the transmission of the disease in rural areas. In addition, some 15,500 vulnerable families will benefit from interventions aimed at safeguarding their livelihoods and enhancing food production through farmer field schools. Besides this, the programme will also target women groups involved in rice-processing activities and job opportunities will also be offered to 2,000 young workers through a cash-for-work approach.

According to a latest assessment by UN and supporting agencies, a total of 470,000 people might be food insecure by March 2015 due to the impact of Ebola in Guinea. Meanwhile, there have also been consistent reports that the two other Ebola-affected West African countries—Sierra Leone and Liberia—are fighting a similar crisis.

The death toll of the current outbreak that started in December 2013 has reached close to 10,000, according to US’ Centers for Disease Control and Prevention. Till now, more than 23,000 cases have been detected.

Social protection for food security: a report by the High Level Panel of Experts on Food Security and Nutrition

From food insufficiency towards trade dependency: A historical analysis of global food availability