The Survey reiterates the government’s commitment to Swachh Bharat Abhiyan 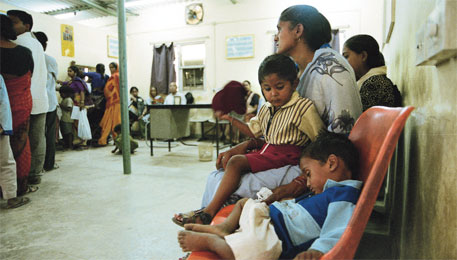 The Economic Survey 2015 is mum about public health infrastructure in India. This has been a major concern raised by people who advocate health rights. But the Survey seems to indicate that the Union Budget may not announce any concrete steps for strengthening health infrastructure.

Instead of taking on health challenges directly, the Survey has focused extensively on the direct relationship that exists between water, sanitation, health, nutrition, and human well- being. While this is a positive sign, it may mean that the increase in health expenditure may be occupied by allocation for the Swachh Bharat Abhiyan.

The Survey highlights that consumption of contaminated drinking water, improper disposal of human excreta, lack of personal and food hygiene, and improper disposal of solid and liquid waste are major causes of diseases in developing countries like India. It reiterates its commitment to the Swachh Bharat Abhiyan by saying that the mission aims at attaining an open defecation-free (ODF) India by October 2, 2019.