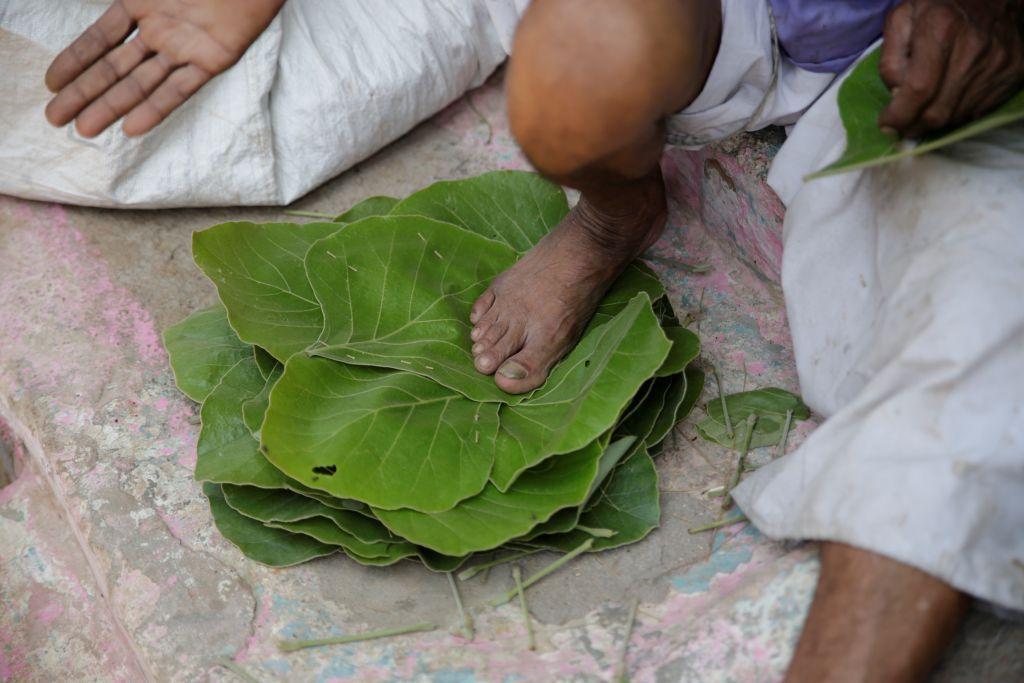 Sal Leaf, a minor forest produce that forest-dwelling communities can collect and trade, has been taxed 18 per cent (Credit: Vikas Choudhary/CSE)

The fallouts of the new Goods and Services Tax (GST) regime that intended to simplify taxation in India, have become evident weeks after it was imposed on July 1.

Sal Leaf, a minor forest produce (MFP) that forest-dwelling communities can collect and trade, has been taxed 18 per cent. Tribal communities in Odisha whose sustenance depends on collection of Sal leaf and making plates out of them, are directly affected. According to experts working on the issue, around 1.5 million people depend on collection of Sal leaves for sustenance.

Earlier, these plates were exempt from Value Added Tax or exercise tax in the state; only a royalty of Rs 72 per quintal of leaves was to be given to the forest department. This additional economic burden has invariably hurt the trade of Sal leaf plates.

The gravity of the situation has also been recognised by the state government. On August 21, the state’s finance minister Shashi Bhusan Behera wrote to the Union Minister of Finance, Arun Jaitley, urging him to exempt Sal leaf and its products from the GST.

While the tax has to be paid by the trader, Chitta Ranjan Pani of Vasundhara, a non-profit working on tribal rights in Odisha, says that the traders, to cut cost, have been transferring the burden of the tax to the leaf collectors. The trade of the plates, meanwhile, has gone down to the doldrums.

“When we are trying to sell the Sal leaf plates to traders, they are reluctant to buy and cite various reason best known to them. In worst cases, they are offering low prices,” said Nalini Mahakul of Banani Mahila Sangha, a Deogarh-based organisation of women who collect non-timber forest produce.

The tax levied on some MFPs is going to negatively impact tribal communities whose sustenance depends on their trade. The forest dwelling communities are given the right over MFP under section 3(1)(c) of Scheduled Tribes and Other Traditional Forest Dwellers (Recognition of Forest Rights) Act, 2006 (FRA).

“The forest right act also clearly states that there will be no tax/royalty on MFPs. As millions of people predominantly tribal in India depending on forest and forest produce for their livelihood, taxes under GST would essentially push them into poverty,” says Chitta Ranjan Pani.