Most poor people in Asia-Pacific region live in rural areas

Countries in the region have not been able to address rural poverty despite economic growth, says an IFAD report 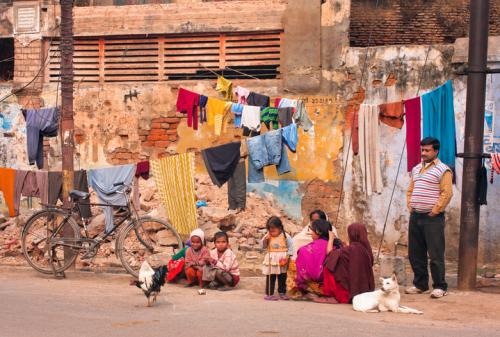 Poverty remains a largely rural phenomenon in Asia and Pacific region (APR), despite strong economic growth in the past decades, says a new report by International Fund for Agricultural Development (IFAD).

The report titled “Rural Development Report 2016” released in November says that APR is home to the largest number of poor in the world with about 560 million (55 per cent of the global total) living below the US $1.25-a-day poverty line in 2011. Of these, 76 per cent live in rural areas.

Agriculture sector—a major part of rural economy—has grown in the region. The average annual growth rate of agricultural GDP accelerated from 3.4 per cent in the 1980s and 1990s to 3.8 per cent in the 2000s. But these increases were accompanied by a decline in the share of agricultural value added in GDP, a sign typical of economies undergoing transformation, the report says.

The rural sector in APR has been gradually transforming, moving from largely cereal or grain-based production to higher-value production, such as livestock and fisheries. Driven mainly by rising income and urbanisation, food-consumption patterns have been changing, shifting from starchy staples and rice towards fruit and vegetables, livestock and dairy products, fish, sugar and oils. The reduction in import barriers in developed countries has encouraged trade in these commodities.

Countries in the region with relatively slow and non-inclusive rural transformation (including India, Pakistan and Philippines) should primarily focus on overcoming economic, institutional and political constraints to achieving faster structural and rural transformation and to reducing poverty, the report recommends. They should consider comprehensive measures to align institutions, policies and investments, so as to maximise their impact on stimulating sustainable and inclusive growth.

Countries in this group face the common challenge of creating more jobs for rural workers, on and off the farm, and in rural and urban areas, the report adds. In rural areas, policy priorities should include investing more in agricultural technology and rural infrastructure, eliminating market distortions on agricultural and rural growth and fostering a better business environment to promote private sector investment including fiscal and financial incentives.