A step-by-step guide on how Union budget is formulated

To start the process, the budget division issues an annual budget circular around the last week of August or the first fortnight of September every year 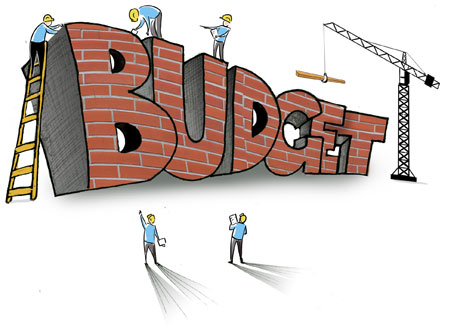 The budget process in India, like in most other countries, comprises  four distinct phases.

In the Union government, there is a budget division in the department of economic affairs under the Ministry of Finance. This division starts the process of formulation of the next financial year’s Union budget in the months of August–September every year.

To start the process, the budget division issues an annual budget circular around the last week of August or the first fortnight of September every year. This annual budget circular contains detailed instructions for the Union government ministries/departments relating to the form and content of the statement of budget estimates to be prepared by them.

It must be noted that the ministries are required to provide three different kinds of figures relating to their expenditures and receipts during this process of budget preparation. These are: budget estimates, revised estimates and actuals. Let us consider, for instance, the case of budget preparation in the second half of the calendar year 2011. The Union government would prepare the budget for 2012-13 during the time period of September 2011 to February 2012. In this case, the approval of Parliament would be sought for the estimated receipts/expenditures for 2012-13, which would be called budget estimates.

The ministries would provide budget estimates for plan expenditure for  budget estimates for the next financial year, only after they have discussed their respective plan schemes with the Central Planning Commission. The Planning Commission depends on the finance ministry to first arrive at the size of the gross budgetary support, which would be provided in the budget for the next annual plan of the Union government. In principle, the size of each annual plan should be derived from the approved size of the overall Five-Year Plan (12th Five-Year Plan, 2012-13 to 2016-17, in the present instance). However, in practice, the size of the gross budgetary support for an annual plan also depends on the expected availability of funds with the finance ministry for the next financial year.

In the past few years, the finance ministry has been vociferously arguing for reduction of fiscal deficit and revenue deficit of the Union government, citing the targets set by the Fiscal Responsibility and Budget Management Act and its rules. Hence, presently, the aspirations of the Planning Commission and Union government ministries with regard to spending face the legal hurdle of this Act, which has made it mandatory for the Union government  to show the revenue deficit as nil (total revenue expenditure not exceeding total revenue receipts by even a single rupee) and the fiscal deficit as less than 3 per cent of GDP. This means new borrowing of the government in a financial year cannot exceed 3 per cent of the country’s GDP for that year.

Also, during the final stage of budget preparation, the revenue-earning ministries of the Union government provide the estimates for their revenue receipts in the current fiscal year (revised estimates) and next fiscal year (budget estimates) to the finance ministry. Subsequently, usually in the month of January, more attention is paid to finalisation of the estimated receipts. With an idea about the total requirement of resources to meet expenditures in the next fiscal year, the finance ministry focuses on the revenue receipts for the next fiscal.

As per the Constitution, the Union budget is to be presented in the Lok Sabha on such a day as the president may direct. By convention, Union budget has been presented in Lok Sabha by the finance minister on the last working day of the month of February every year.

The finance minister, by convention, makes a speech while introducing the budget. The annual financial statement is laid on the table of Rajya Sabha only after the finance minister concludes his budget speech in Lok Sabha. The budget documents are made available to the members of Parliament after the finance bill has been introduced in Lok Sabha, and the House has been adjourned for the day.

It may be noted that the budget process in India lacks transparency in one aspect: while enactment of the Budget by the legislature and the review of its implementation are reasonably transparent, the process of budget preparation by the government is carried out behind closed doors.