Let us, for a moment, forget about Tipu Sultan’s alleged iconoclasm and remember him for a remarkable personal achievement—laying the foundations of Karnataka’s silk industry 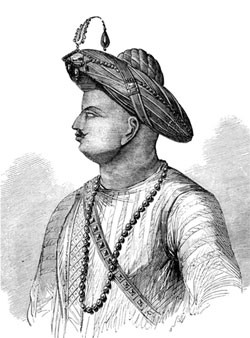 As the controversy over whether “Tiger of Mysore” Tipu Sultan was an Islamic iconoclast or a secular nationalist rages on in India, it is time for us to reflect on a different side of the man—that of an able ruler and visionary who revolutionised the economy of his kingdom, improving the lives of millions of his subjects. Among the many contributions of Tipu, one in particular stands out. The sultan laid the foundations of the silk industry in Karnataka, especially in the southern part of the state.

Although the exact date is not known, Tipu’s and Mysore’s tryst with silk began in the early 1780s when he received an ambassador from the Qing dynasty-ruled China at his court. The ambassador presented him with a silk cloth. The sultan was said to be so enchanted by the item that he resolved to introduce its production in his kingdom.

Simon Charsley, professor at University of Glasgow and author of the book “Culture and Sericulture”, notes that to establish the silk industry, Tipu issued one of his first orders to his agent stationed in Muscat, the great Arab trading port on the Gulf of Oman. It went thus: “To Mir Kâzim, Dâroga at Muscat, April 24, 1786. Get the Dullâl (broker) to write to his agents in different places, to collect silkworms, and persons acquainted with the manner of rearing them, and (having procured them) let them be dispatched to us.”

This letter (numbered CCLVIII) was found by the British among hundreds of government records after the fall of Srirangapatna at the end of the Fourth Anglo-Mysore War in 1799. The records, amounting to some 2,000 items, were put in 35 boxes and sent via Fort St. George in Madras to Calcutta, renamed as Chennai and Kolkata respectively. Among them, three relating to sericulture were identified and translated soon afterwards.

Tipu also sent two deputations, one to Bengal (which returned four years later) and the other to China (which took twelve years to return). The third (numbered CCCLXXV [375]) among the three letters related to sericulture sheds light on the Bengal journey: “To Syed Mahommed, Qiledar of Seringapatam, September 27, 1786. Buhâûddeen and Kustoory Runga, who were sent (some time since) to Bengal, for the purpose of procuring silkworms, are now on their return (to Seringapatam), by way of Sedhout. On their arrival, you must ascertain from them the proper situation in which to keep the aforesaid worms, and provide accordingly. You must, moreover, supply for their food (leaves of) the wood or wild mulberry trees, which were formerly ordered to be planted (for this purpose). The number of silkworms brought from Bengal must likewise be distinctly reported to us. We desire, also, to know, in what kind of place it is recommended to keep them, and what means are to be pursued for multiplying them. There is a vacant spot of ground behind the old palace, lately used as a Toshkhâna, or store-house, which was purchased some time ago with a view to building upon it. Prepare a place somewhere near that situation, for the (temporary) reception of the worms.”

This, then, was the start of the sericulture industry in Karnataka. By 1793, despite the Third Anglo-Mysore War (1789-92), the industry had expanded. Here is what Kirkpatrick, a British officer wrote according to official records: “It was a very favourite, though, I believe, an unsuccessful pursuit with the Sultan; who actually established, or proposed to establish, no less than twenty-one principal stations within his dominions, where the breeding of the silkworm was directed to be attended to with the utmost care and diligence. These stations were specified in one of the sections of the instructions issued to the Meer Asof, or revenue department, in the year 1794.” 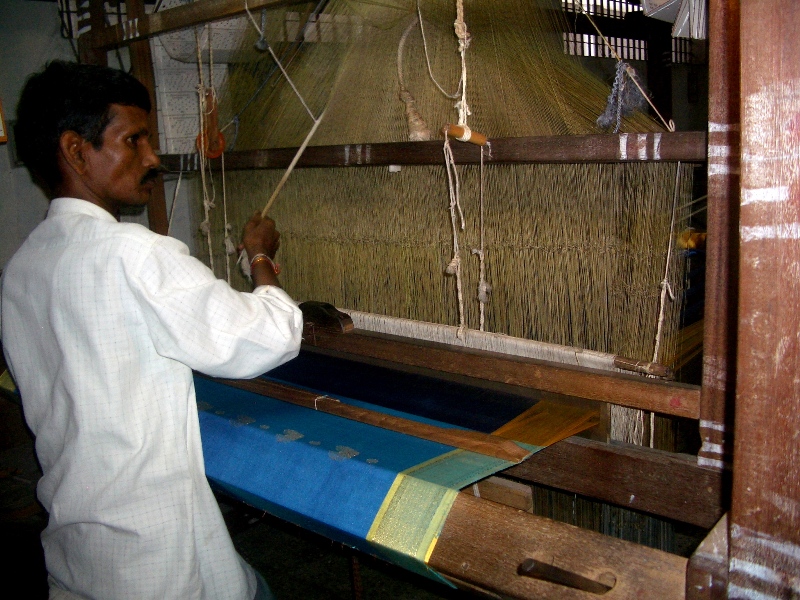 The type of silkworm that took root in Mysore as a result of Tipu’s efforts was very likely of a yellow bivoltine race (producing two broods in one year), of Chinese origin but obtained from Bengal. Losing its hibernating character in South India’s climatic conditions, it diverged from races known elsewhere and became the “Pure Mysore Race”.

The fledgling sericulture industry in Mysore slowed down after Tipu’s death in 1799. But it held on. In 1866, an Italian industrialist set up the Silk Filature Company at Kengeri near Bengaluru. This company got assistance from the Wodeyar rulers of Mysuru.

But the actual revival of Mysore silk happened nearly a century after Tipu’s death. On a visit to Japan, legendary industrialist Jamsetji Nusserwanji Tata found that the Japanese were skilled at sericulture. He invited a Japanese couple, who were sericulture experts, to come to India. Tata chose Bangalore (now known as Bengaluru) due to its favourable climate, mulberry trees and the existing silk industry, thanks to Tipu Sultan. This effort was supported by the generous Maharaja of Mysore.

The Maharaja endowed a farm house on rent-free basis to Tata along with an annual subsidy of Rs 3,000 for the cause. The Tata Silk Farm was established in 1902-1903. It went on to train several Indians from Mysore (Mysuru), Travancore, Madras and the Bombay Presidencies in sericulture.

During the Second World War, the silk industry got a boost. All the cocoons produced in the state were diverted to the production of parachutes for the war in 1942. The Central Silk Board was established in Bengaluru 1949. Also, the Karnataka State Sericulture Department Institute was established in Talghatapura (southern Bengaluru) with help from the World Bank. The institute undertakes applied research in the silk industry.

This, then, is the story of how an industry established by one man now employs numerous people across Karnataka (and other parts of South India).

Tipu Sultan had many other achievements to his credit. He is remembered by military tacticians across the world for his rockets first used in armed warfare against British troops. He and his father established a “horticultural gem” in the form of the Lal Bagh gardens. He encouraged the cultivation of many different crops in his realm. The Mysore Buffalo breed, gold and copper mining, metallurgical works, toys and lacquerware, and arms and ammunition—all of these were developed during Tipu Sultan’s reign.

The current debate—whether his persecution of the Nairs of Malabar and Travancore, the Syrian Christians of Malabar, the Catholics of Mangalore and the Kodavas of Kodagu was influenced by iconoclasm or statecraft—ignores the entirety of his work as ruler.