The Union government set aside Rs 3,500 cr for migrant workers not registered under NFSA 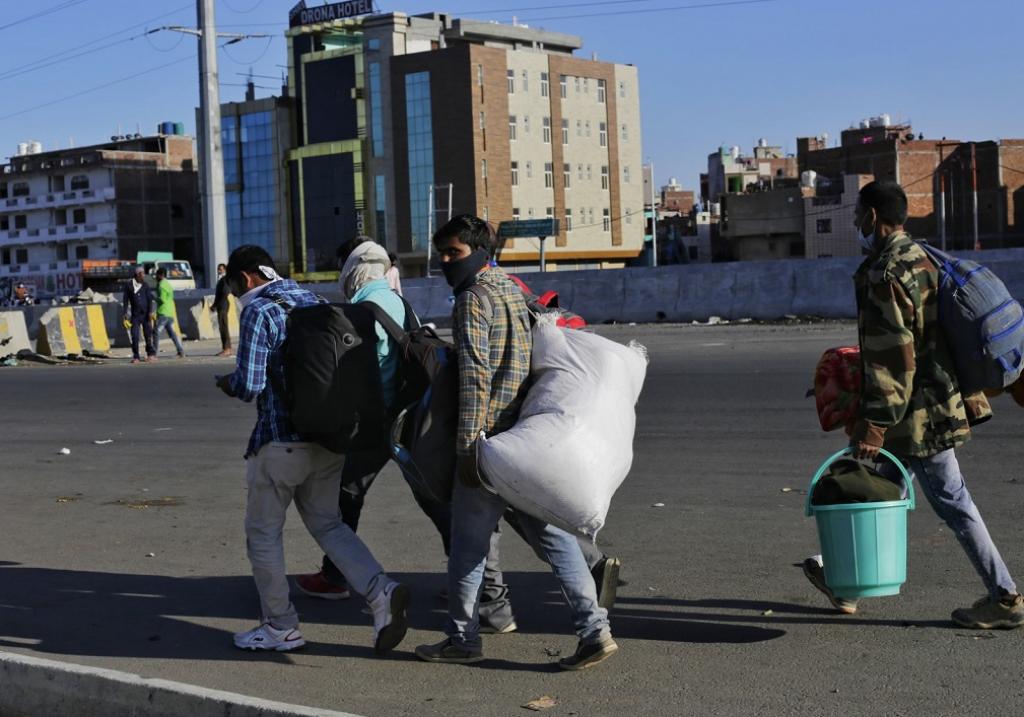 One of the major highlights of the second tranche of the economic package announced by the Union government on May 14, 2020 was the free food grain supply to over eight crore migrant workers not under the purview of the Public Distribution System (PDS).

The move, however, raises a serious question: How will the state governments identify these migrants, who have been worst hit by the novel coronavirus disease (COVID-19) pandemic?

Finance Minister Nirmala Sitharaman hinted that the “eight crore figure was a rough estimate given by states based on migrants who are being provided food / shelter in temporary relief camps run by NGOs”.

That is, however, not a sufficient criteria to identify migrant workers, according to experts.

The government set aside Rs 3,500 crore to supply free food grains to around eight crore migrant workers outside the ambit of National Food Security Act (NFSA) for the next two months. These migrants will be given 5 kg rice / wheat and 1 kg of chana / pulses.

Lack of clarity on the process will create utter confusion at the state level, according to Ramesh Sharma, national coordinator, Ekta Parishad, which works with migrant labourers across the country.

“We received a call about 1,700 migrants from Assam who were stuck in Karnataka and not receiving any government aid. But it is unclear how states are going to identify these people. It may create problems,” said Sharma.

Some states like Odisha, Jharkhand and Chhattisgarh have started sending their ASHA workers and teachers to villages to identify such people.

Experts also pointed out that unregistered migrant workers should be permanently added to the NFSA list.

“These migrant workers should not be provided just one-time relief measures. Their names should be added under the NFSA list permanently,” said Umi Daniel, director, migration and education, Aide et Action International, an international non-profit.

He added that a politics at the state-level may dampen the process.

“State governments mostly consider new ration card holders as potential voters, so they may not include those from other states,” he said.

The government during the press conference addressed the issue of non-portability of ration cards. Several migrant families stuck in cities were not able to access ration as their cards were only valid in their resident states.

The finance minister announced the ‘One nation, One Ration Card’ initiative, through which the card can be used in any ration shop in any part of the country. This will help migrants who move from state to state frequently.

At least 67 crore beneficiaries in 23 states (covering 83 per cent of the PDS population) will be covered by national portability by August 2020; and 100 per cent by March 2021.

The national portability has been in the works for two-three years now. Experts, therefore, are skeptical if the process would be completed anytime soon.

In fact, Union Minister Ram Vilas Paswan had announced in January that the ‘One Nation, One Ration Card’ scheme will be implemented by June 1 across the country.

The government also said it has permitted states to utilise the state disaster response fund to help the vulnerable. The FM said over Rs 11 thousand crore was spent through this fund to provide shelter and food to migrants in the last two months.

Daniel, however, opined that instead of evenly distributing the fund money, the states migrants were returning to get a bigger share for at least next four-five months.

A Rs 2 lakh-crore concessional credit boost will be given to about 2.5 crore farmers under PM-KISAN scheme through Kisan Credit Cards (KCC), as well as to fishermen and animal husbandry farmers.

While this was a good news for around 14 crore PM-KISAN beneficiaries, those without land records were left out of relief measures.

“Again, there is nothing for tenant farmers as they are not eligible for benefits. States like Telangana and Andhra Pradesh have a high tenancy rate and such farmers don’t have KCC. A similar thing happened when the government front loaded the payment under PM-KISAN during the first relief package,” said Ravi Srivastava, director, Centre for Employment Studies, Institute of Human Development.