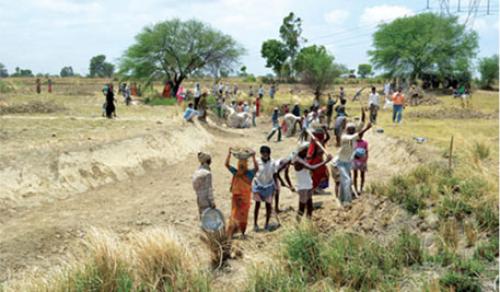 A recent analysis has revealed a shocking injustice being done consistently to rural India by the government with corporates getting subsidies at its expense.

The Inclusive Media for Change, a New Delhi-based non-profit has analysed the last seven Union Budgets. It has found that indirect subsidy, termed as “tax expenditure” that was given to corporate tax payers was around 60 per cent of the expenditure incurred by the Union Ministry of Agriculture & Farmers Welfare (MoAFW) and the Union Ministry of Rural Development (MoRD) put together in that year. In the analysis, “tax expenditure” is an umbrella term constituting special tax rates, exemptions, deductions, rebates, deferrals and credits. 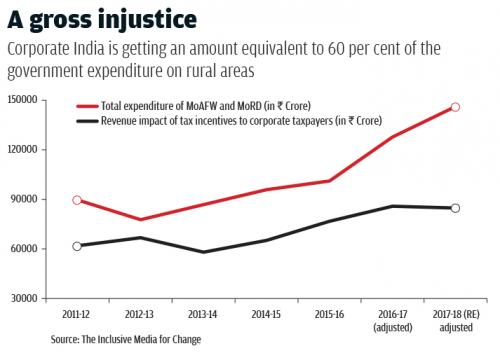 Besides indirect subsidy to corporate taxpayers, there are other tax incentives to non-corporate taxpayers (which include firms, organisations, associations of persons) and tax breaks and rebates on customs duty and central excise duty which surpassed the total expenditures of the agriculture and rural development departments by a huge margin.

According to The Inclusive Media for Change’s analysis, the total expenditure of the MoAFW and MoRD in financial year 2017-18 was Rs 1,46,388.08 crore. Meanwhile, in the same year, the total revenue impact of tax incentives was estimated to be Rs 2,03,983.74 crore (See ‘Tax incentives greater than government expenditure’). 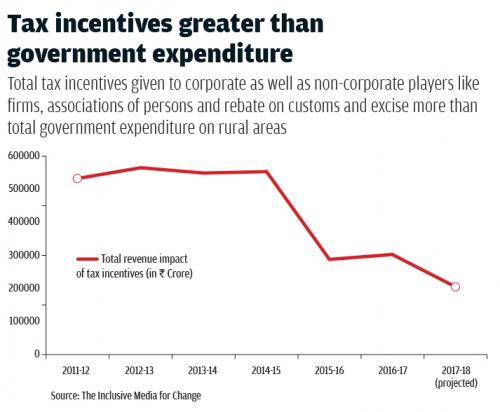