While we hear a slowdown in demand in the urban corporate sector, the problem actually lies in rural India 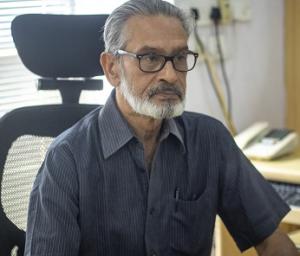 India is currently facing an economic slowdown. After the initial reluctance, policy makers have also admitted the fact, and have started taking measures to revive it.

Union Finance Minister Nirmala Sitharaman, recently, announced tax bonanza for corporate sector hoping to revive the economic activity. However, it has failed to change the sentiments.

While, the news of relief in corporate tax may rejuvenate corporate sector for a while, but farmers are still left in the lurch, Sen said, while talking to Down To Earth.

“We saw the recent demonstration of farmers in Delhi. It is not that people are not suffering anymore and problem is not over,” Sen said. The problem lies somewhere else, added Sen, who is also known as the first chief statistician of India.

For a long time, the country had a process where people from lower income group were earning more and subsequently moving into the higher income bracket. Their consumption shifted along with their growth in income.

This mobility to higher income group was sustaining the economy till last year. But, for the past two-and-half years this process ceased, said Sen, who was also the principal author and coordinator of eighth to 12th five year plan.

This has affected the economy and is the reason why we hear a slowdown in demand in the urban corporate sector. But, fact of the matter is that the problem lies in rural India, Sen said. It has been there for quite a while, he added.

Sen, further, noted that with demonetisation, two things happened simultaneously: While the entire informal sector, which included both agriculture and small businesses, was badly hit; the corporate sector survived because they were not part of the cash economy.

Now, this has two effects, Sen said. While small businesses survived by using informal credit, they couldn’t take bank loans. But, some managed to access Mudra schemes loan, to payback their old loans, in the hope that the economy would recover and they would be able to pay the Mudra loan back. However, it did not happen, Sen said.

The second problem is more serious. In Indian agricultural market, all trade is done via cash and traders did not have cash due to demonetisation.  When there is no cash, one cannot pay the same price that was being paid earlier. This is the reason why the country witnessed a massive drop in agricultural prices, meaning that farmers didn’t have money, Sen said.

Agriculture accounts for approximately 18 per cent of gross domestic product in rural India. It is at the centre of everything — all kinds of non-agricultural activities whether it is manufacturing, or services all are dependent on it.

Thus, a drop in agriculture prices affected all these sectors and completely stopped mobility towards higher incomes, Sen noted.