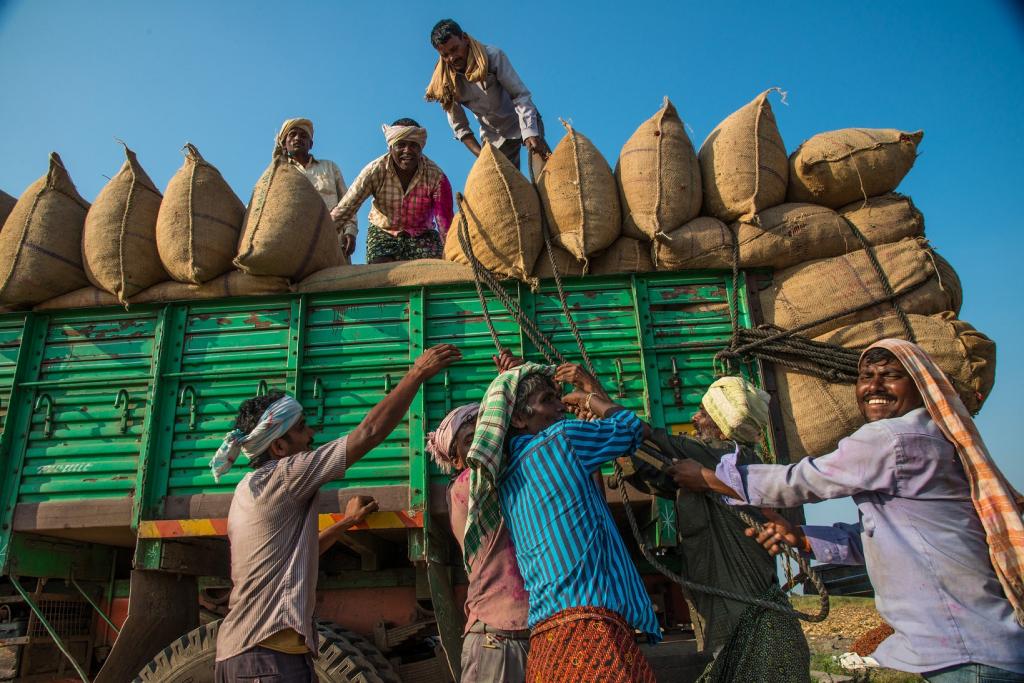 There is a possibility of a strong rebound in global demand and hence in India’s exports. Credit: ADB / Flicker

The real gross domestic product growth for 2017-18 (Apr-Mar) is expected to be between 6.75 and 7.5 per cent, according to the Economic Survey 2016-17, which was tabled in the Parliament today. Even under this forecast, India would remain the fastest growing major economy in the world, it added.

The GDP growth for the current fiscal is estimated at 7.1 per cent while the same was 7.6 per cent in 2015-16. The forecast is based on four major factors: exports, consumption, private investment and government.

The survey said that the country’s exports are recovering, buoyed by increased global economic activity. The uptick is expected to continue in the aftermath of the US elections and expectations of a fiscal stimulus, it added.

However, the outlook for private consumption was less clear, the survey said, adding that international oil prices are expected to be about 10-15 per cent higher in 2017 compared to 2016, which would create a drag of about 0.5 percentage points.

“On the other hand, consumption is expected to receive a boost from two sources: catch-up after the demonetisation-induced reduction in the last two quarters of 2016-17; and cheaper borrowing costs, which are likely to be lower in 2017 than 2016 by as much as 75 to 100 basis points,” the Economic Survey said.

Due to these factors, spending on housing and consumer durables and semi-durables could rise smartly, the survey expects.

The survey said that private investment was unlikely to recover significantly from the levels of financial year 2017 since no clear progress was yet visible in tackling the twin balance sheet problem – overleveraged companies and bad-loan-encumbered banks.

“Some of this weakness could be offset through higher public investment, but that would depend on the stance of fiscal policy next year, which has to balance the short-term requirements of an economy recovering from demonetisation against the mid-term necessity of adhering to fiscal discipline—and the need to be seen as doing so,” the Economic Survey said.

The survey highlighted three main downside risks to the GDP forecast—the extent of the effects of demonetisation; geopolitics that could take oil prices up and the possible eruption of trade tensions amongst the major countries.

Stating that the extent to which the effects of demonetisation could linger into the next financial year would pose a significant risk to the GDP forecast, the survey said that vigilance was essential to prevent other agricultural products from becoming in 2017-18 what pulses were in 2015-16. The country’s pulses imports had increased by a whopping 50 per cent in value terms to Rs 25,691 crore in 2015-16. Despite being a major producer and consumer of pulses, India relied on imports as area under cultivation shrunk due to consecutive droughts. The survey further added that currency shortages affect supplies of certain agricultural products, especially milk, where procurement has been low, sugar where cane availability and drought in the southern states will restrict production and where sowing of potatoes and onions has been low.

The second risk is geopolitics taking oil prices up beyond forecast. Though the ability of shale oil production to respond quickly should contain the risks of a sharp increase, yet if prices rose merely to US$60-65/barrel the Indian economy would, nonetheless, be affected by way of reduced consumption; less room for public investment; and lower corporate margins, further denting private investment, the survey cautioned. Also, there are risks from trade tensions emerging amongst major countries. This could reduce global growth and trigger capital flight from emerging markets.

“The one significant upside possibility is a strong rebound in global demand and hence in India’s exports. There are some nascent signs of that in the last two quarters. A strong export recovery would have broader spillover effects to investment,” the survey said.