Demonetisation and rural economy: what experts have to say

As demonetisation completes 50 days, we bring to you expert comments on how the currency ban derailed the rural economy 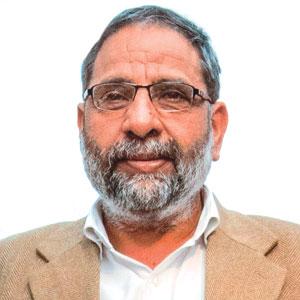 The rhetoric on black money has now shifted to cashless society and that hardly impresses farmers because rural market integration will take years. The conflicting position on demonetisation is primarily driven by emotion and experience. Poor sections of society, including farmers and farm labourers, harbour a strong belief that accumulation of black money is the result of their exploitation by traders, government officials and professionals like doctors and lawyers. But the initial euphoria died down after one week because of various reasons.

The daily wage earners in rural non-farm employment, who constitute nearly 30 per cent of the rural workforce, suffered due to the closure of the unorganised sector in urban areas, while farm labourer suffered due to cash crunch at farmers' end. They were forced to either sit idle at home or work on credit. The markets in rural and small towns are deserted; the only busy places are banks where the police resorted to lathi charge at several places.

The government produced rabi-sowing statistics, claiming that sowing had increased despite demonetisation. It hardly matches with ground situation even if it is true. After one month the farmers are a depressed lot because money supply is not normal in villages and there are hardly any tangible results of this exercise.

Panwar is a member of the Uttar Pradesh State Planning Commission 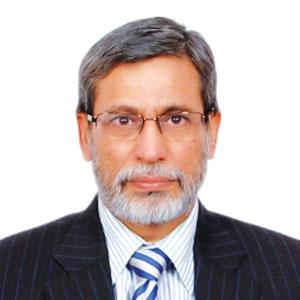 On November 8, 2016, the Union government demonetised Rs 500 and Rs 1,000 notes. Six days later, the Reserve Bank of India (RBI) issued a circular barring rural cooperative banks from accepting demonetised notes, even for deposits in banks accounts of its own customers. Cooperative banks in urban regions were, however, exempted.

The November 14 decision will adversely affect small and marginal farmers, who constituted 73 per cent of Primary Agricultural Credit Societies’ (PACS) memberships in 2014-15. PACS are cooperative credit institutions that work at the grassroots level. With a presence in 94.32 per cent villages, PACS are the main source of institutional finance for small and marginal farmers in the country.

At present, if a farmer has sold his kharif crop and received the payment in Rs 500 or Rs 1,000 notes, he cannot exchange or deposit the same in his cooperative bank account. He cannot even repay his loan drawn from his PACS on his Kisan Credit Cards (KCC). He cannot even buy seeds or fertilisers. More importantly, the agricultural labour cannot be paid wages. The only option available to him is to open a new bank account with a commercial bank or Regional Rural Bank. With bank staff busy in exchanging or issuing new currency, it is not easy for farmers to open new accounts in most places.

Rabi sowing in many states, including Uttar Pradesh and Bihar, should have been in full swing by now. The sowing of rabi crops this year, as on December 2, 2016, was just 0.27 per cent lower than five years’ average, but wheat sowing was a good 8.25 per cent lower than the normal area under wheat.

On November 21, 2016, the government allowed the use of old currency for purchasing seeds from government stores, but in many states, a large number of farmers purchased seed and fertilisers from PACS, with whom they have a long association. With a logjam on cooperative credit, many small farmers would have borrowed money from moneylenders or from owners of private seed stores. It is feared that many farmers would have also used seeds saved from last year. Some farmers may also apply lower doses of fertilisers. This will impact farm productivity. The country cannot afford low production of wheat this year. The estimated stock in the central pool on April 1, 2016, was 7.63 million tonnes, which is just above the buffer norm of 7.46 million tonnes. Good production and procurement of wheat are hence essential for the food security of the country.

Demonetisation is not all bad news. It can benefit small and marginal farmers in the long run. If all cooperative banks were to issue plastic cards to KCC owners, the banking transactions can become much smoother. As per the 2016 Sarangi Committee report, set up by the Ministry of Agriculture, cooperative banks have issued plastic cards to less than 1 per cent of the eligible KCC account holders. The government had directed cooperative banks to provide plastic cards to all account holders by December 31, 2016. Agricultural Produce Market Committees can be asked to make all payments exceeding Rs 20,000 directly to bank accounts of farmers. This will reduce exploitation by commission agents and ensure prompt payment to farmers. The real benefit to small farmers will come from reforms in leasing laws, on which NITI Aayog has been working. It is also the time for a hard push to e-National Agriculture Market.

Since agriculture is a state subject, building consensus with state governments is necessary. The Bharatiya Janata Party-ruled states can show the way by implementing policies that can reduce the use of cash in the agriculture sector to some extent. This can be a game changer in the long run.

Hussain is former secretary, Ministry of Agriculture and Farmers Welfare, Government of India, and currently a visiting senior fellow at ICRIER 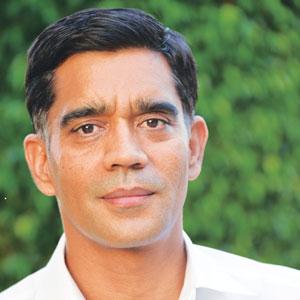 The promised long-term benefits of demonetisation are not clear

The impact of demonetisation on the rural economy is huge. Initially, the majority of the people supported the move because it was supposed to end the black economy. But as the government changes the narrative and the cash crunch starts to hurt, the support is wavering. Food inflation is down because consumers are buying less. Demand can be seen in two ways. One is deferred demand where consumers hold purchases of items like clothes due to financial crunch. But consumers not buying as many fruits and vegetables as they would normally buy is demand lost for farmers. They are paying the price every day. Prices of fruits and vegetables have crashed 25 per cent. Rabi season loan offtake is also impacted.

Additionally, the Reserve Bank of India (RBI), in its misplaced wisdom, notified that RBI-licensed cooperative banks will not accept RBI-issued currency bills. About 60 million farmers, who fulfilled the "know your customer" norms and availed themselves of loans under schemes such as Kisan Credit Cards, are unable to repay the loans simply because the banks are refusing to take back the RBI-issued currency.

"Doubling farmer income" seems a distant dream now. The prime minister appealed to the people to bear the "short-term pain". But the consequences to farmers are long-term. The government is unable to illuminate on the promised long-term benefits. It's not even explaining the term "long-term".

Jakhar is the chairperson of Bharat Krishak Samaj