For the first time, the 14th Finance Commission gave forests weightage in determining states' share in the Union tax revenue. Whether this will aid conservation remains to be seen 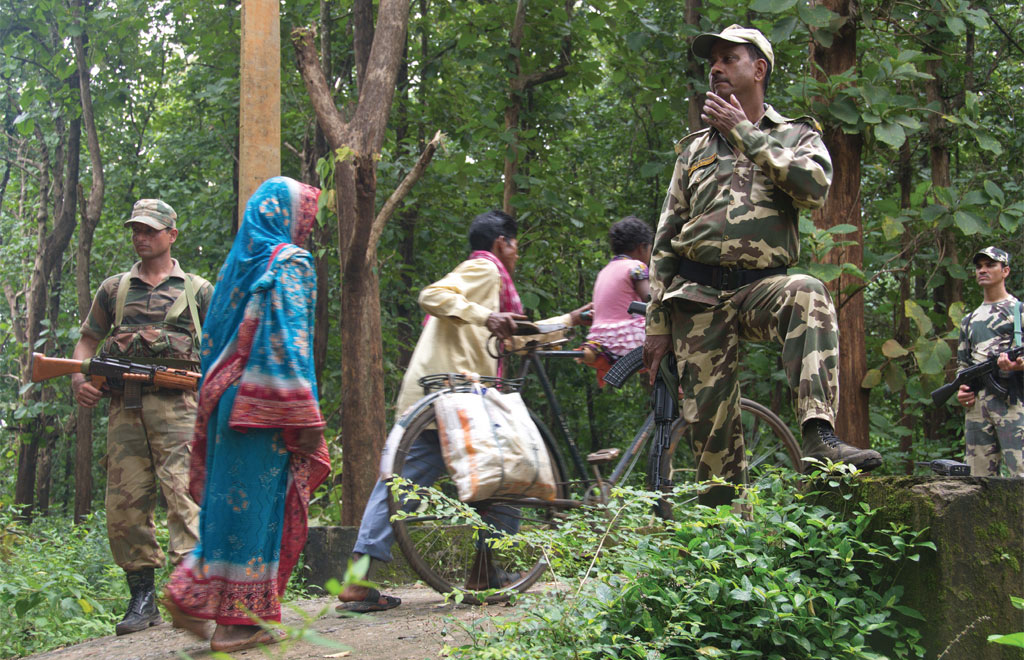 Given the diversity of forest ecosystems in the country, the flat 7.5 per cent weightage to all states is simplistic (Source: Ranjan Panda)

IT HAS been a year since the 14th Finance Commission report reformed the revenue sharing formula between the Centre and the states. To reduce the disparity in revenue earning potential and to increase the financial autonomy of the states, the commission had recommended that the states receive a 42 per cent share in the Union tax revenue. While this jump from the 32 per cent recommended by the 13th Finance Commission dominated the headlines last year, and promises to do so again as the Union Budget for 2016-17 is rolled out, a landmark change in the 14th Finance Commission recommendations was the inclusion of forest cover as a determining factor in a state’s share.

As per the recommendations, a state’s share depends on five factors—population (17.5 per cent weightage), demographic change (10 per cent), income distance (50 per cent), area (15 per cent) and forest cover (7.5 per cent). “Essentially, 7.5 per cent of what the states are entitled to depends on forest cover,” says Sudipto Mundle, member of the 14th Finance Commission. An assessment of individual state shares, as recommended by the Finance Commission, reveals that states cumulatively received over R39,300 crore for forest conservation in 2015-16. While 19 states, which have substantial proportion of forest land, have gained due to this, large states with marginal forest cover—for instance, Bihar and Uttar Pradesh—have lost out in comparison to previous allocations.

These recommendations are based on a report, “High Conservation Value Forests: An Instrument for Effective Forest Fiscal Federalism in India”, prepared by the Indian Institute of Forest Management (IIFM), Bhopal. The report, prepared under an MoU signed between the 14th Finance Commission and iihm, describes the economic value of forests and the costs of forest conservation. Though the 14th Finance Commission references “High Conservation Value Forests” for the forest-based allotment, it is interesting to note that a flat weightage of 7.5 per cent for forest cover was not a part of the iihm report.

“In our report, we had suggested a formula in accordance with the global standards that included as many as 12 different indicators. We did not recommend a flat rate of 7.5 per cent. I don’t know how the number was arrived at,” says Madhu Verma, professor at iihm and lead author of “High Conservation Value Forests”. 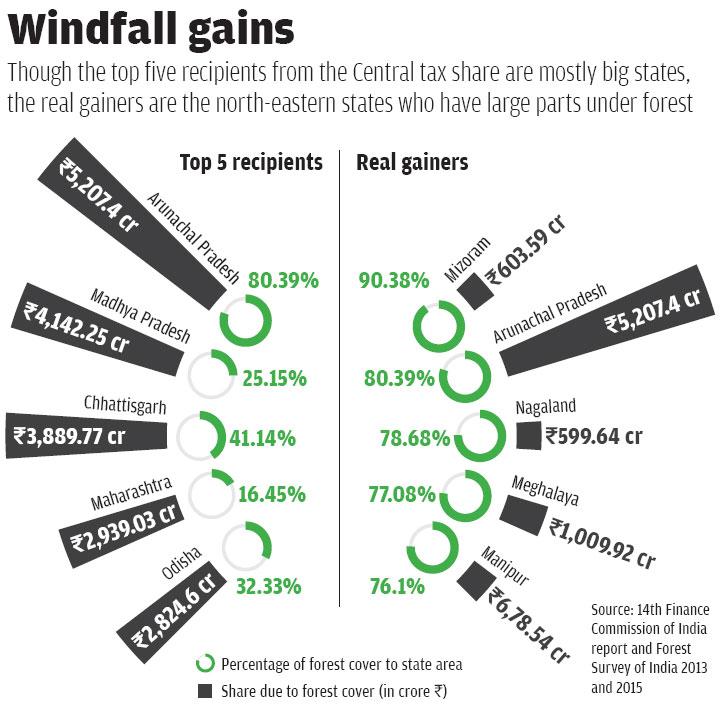 The idea behind the allotment is to incentivise forest conservation within states. “We believe that a large forest cover provides huge ecological benefits, but there is also an opportunity cost in terms of area not available for other economic activities and this also serves as an important indicator of fiscal disability,” reads the 14th Finance Commission report. But considering the ambiguity surrounding the term “forest cover” and the diversity of forest ecosystems in the country, the 7.5 per cent weight seems too simplistic. In fact, in opting for a flat rate instead of the formula put forth in the IIFM report, the 14th Finance Commission seems to have chosen simplicity over accuracy. “The IIFM recommendations were very complicated. Since this is our first experience in including forest cover, it was decided that a simple flat rate should be adopted,” explains Mundle.

There is no doubt that the objective of incentivising states’ forest conservation efforts is a progressive one, but the flat 7.5 per cent weightage could be counterproductive. The hill states and resource-rich northeastern states that have a high proportion of forest land and rural forest-dependent populations are the main target of the new policy . But the past three reports of the Forest Survey of India (FSI) show that most northeastern states have witnessed deforestation, with the exception of Sikkim, which has maintained its forest area. The hill states have shown greater disparity, with Uttarakhand being the only one to show a strong decline in forest cover, Himachal Pradesh witnessing little change, and Jammu and Kashmir increasing its forest cover by 450 sq km. Overall, the number of states showing a decrease in forest cover since 2011 has remained unchanged at 14 (2011 had 13 but Andhra Pradesh was united). The FSI 2015 report reveals a steep increase in forest cover in Andhra Pradesh, Karnataka, Tamil Nadu and Kerala.

So have the states increased their forest cover due to the incentives of the 14th Finance Commission? It’s too early to tell, says Mundle. “The change doesn’t impact the distribution of revenue among states drastically. Change in states’ priority, if any, will have to be measured by looking at forest cover trends over the coming years,” says Tapas Sen, professor at the National Institute of Public Finance and Policy, New Delhi.

The 7.5 per cent forest cover component gives a huge fillip to India’s commitment to climate change mitigation because forests are a natural carbon sink. The flip side of this, however, is that these funds have come at the expense of funds that were released for Centrally sponsored schemes targeting forest conservation in previous Finance Commission reports. The funds the states now get can be used as per each state’s discretion.

“Since forest and wildlife typically feature low in the priorities of most states, untied funds are diverted to sectors other than environment and forest conservation,” says a senior FSI official, on condition of anonymity. Echoing the same view, Abhijit Sen, an economist at the Jawaharlal Nehru University, New Delhi, says, “The inclusion of the forest component means that states with larger forested areas will get a larger share of the pie, though there is no requirement for the states to use these funds for forest conservation. This is not necessarily a good thing in terms of forest conservation.”

According to Deepak Sanan, additional chief secretary in-charge of forests, Himachal Pradesh, the drying up of funds for Centrally sponsored schemes could imply a significant weakening of Centrally driven conservation efforts. “I would have rather liked to see Centrally sponsored schemes packaged into a performance-based reward system within which indicators are developed and integrated to measure forest conservation accurately,” he adds.