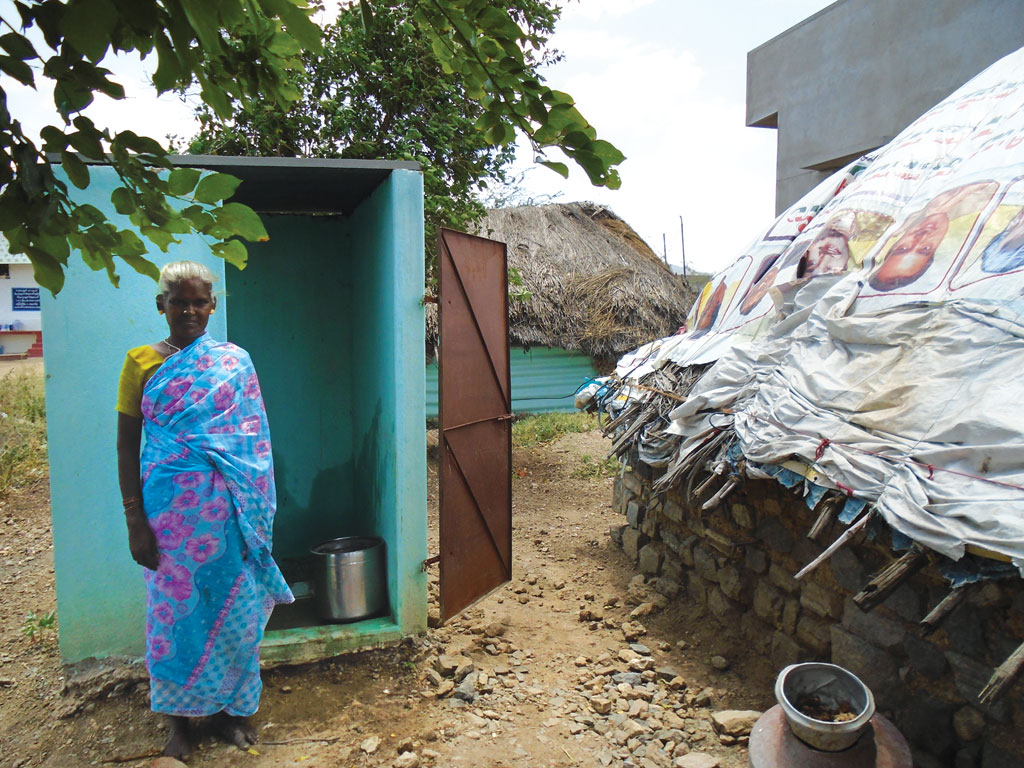 Microfinance has increased the bargaining power of women, who are typically more interested in bringing sanitation home (Source: Gramalahya)

WHEN BHANUMATHI'S son got married, she faced a strange situation, which threatened to divide her family. Her daughter-in-law left the house as she simply refused to defecate in the open like her mother-in-law. “We are not economically well-off and could not bear the expenses of constructing a toilet,” confesses Bhanumathi, a resident of Sellipalayam village in Tiruchirappalli district, Tamil Nadu. Help came in the form of a microfinance programme of Gramalaya, a non-profit, which provides loans for constructing toilets. Her daughter-in-law has now returned home, and the family is now living a dignified life.

Bhanumathi is not alone. Over 73 per cent of rural Tamil Nadu defecates in the open. The construction cost is a major deterrent for poor people. “It equals our monthly income,” says Trirathimala of Chettikulam village in Tiruchirappalli district. Realising this critical gap in providing sanitation, Gramalaya started a microfinance programme, the Gramalaya Urban and Rural Development Initia-tive Network (GUARDIAN) in 2007 and targeted women’s self-help groups (SHGs) . “Women play a very crucial role in decision-making in any household. The mobilisation of SHGs helped reduce physical and emotional barriers to avail commercial credit and increase investment in sanitation facilities,” says M Elangovan, executive director of Gramalaya.

The establishment of GUARDIAN has helped mobilise funds so that individual linkages between SHGs and local banks for toilet construction are strengthened. Gram-alaya provides community mobilisation and facilitation support, and sanitation loans are disbursed by GUARDIAN with technical support from non-profits such as Water.org and Basix. 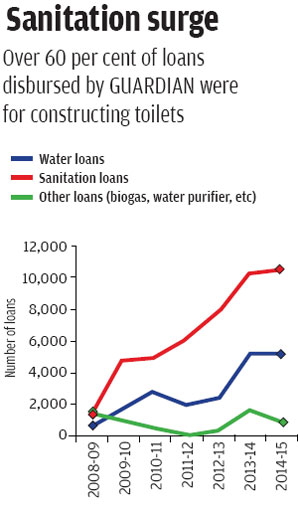 Jayshree, who is among the 70 community health educators working with Gram-alaya, says, “A maximum loan of up to Rs 14,000 is given as per the requirement of the borrower. The beneficiary has to return a monthly installment of Rs 980 (variable with loan taken) for 18 months with an interest rate of 18 per cent. The repayment rate is 98 per cent.” The beneficiaries, mainly women, are selected on the basis of their age, whether they either own the house or have land, and whether they are physically challenged.

The impact has been telling. Within a year, Thathaiengarpet block in Tiruchira-ppalli district was declared open defecation free. So far, 56 of the 404 panchayats in the district have been declared open defecation free. Though GUARDIAN offers various kinds of loans, including water, biogas and water purifier loans, it received the maximum number of applications for sanitation loans. Of the 70,595 loans disbursed by GUARDIAN till 2015, 45,055 were for constructing toilets (see ‘Sanitation surge’).

But providing sanitation loans is just a part of Gramalaya’s interventions. To ensure the-se toilets are integrated with nature, the non-profit is promoting two eco-friendly toilet models—twin-pit toilets and ECOSAN toilets. Though ECOSAN toilets are expensive, they generate excellent fertiliser that help increase crop productivity. It also conserves water. “The quality and quantity of our crops have improved as we use compost from the ECOSAN toilet,” says Kamalaveni of Naras-ingapuram village.

In Kavalkaraipariyom, Tiruchirappalli district, twin-pit toilets have been constructed. These toilets have a prolonged life cycle and are cost-effective. The faecal slu-dge is converted to compost or biosolid and can be used to enhance the fertility of the soil. Both toilet models are highly decentralised in terms of operation and maintenance and have been appreciated by the people in the region. 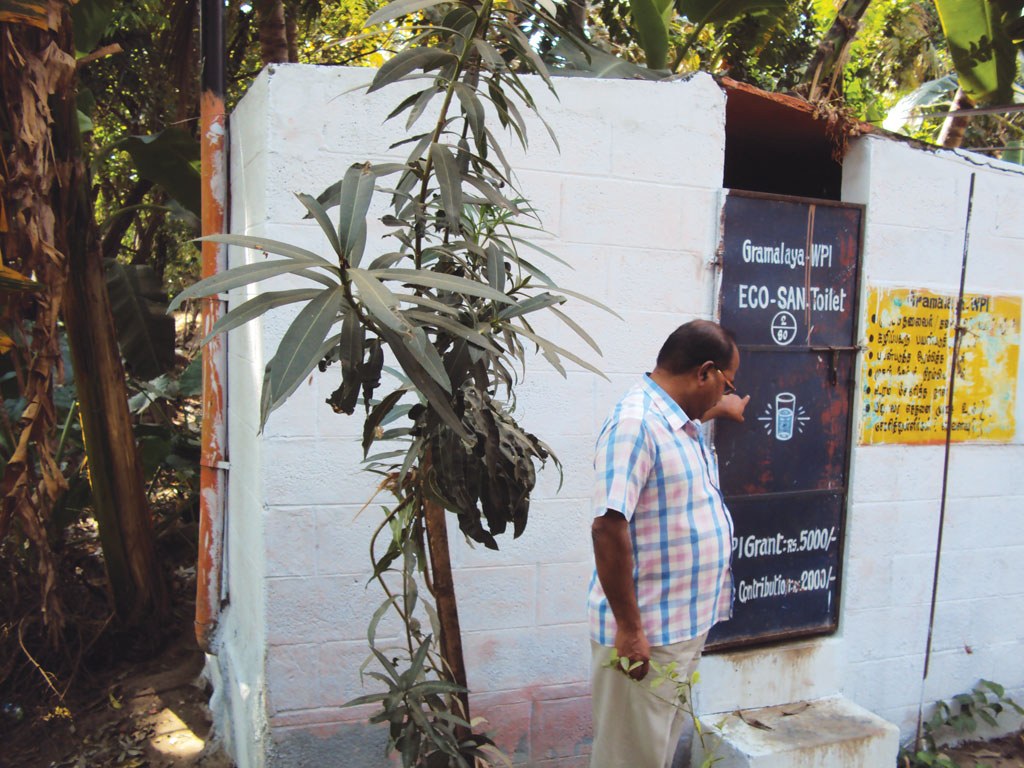 Andy Barebery, an economist with the University of Massachusetts, USA, who has been closely working with Gramalaya, feels there are strong externalities to sanitation. “Microfinance increases the bargaining po-wer of women, who are typically more interested in improving sanitation facilities,” says Barebery. “There’s always a huge response from the community during microfinance exercises,” says S Mohanmed Sheriff, project director with Gramalaya.

One of the most significant outcomes of microfinance for sanitation is that with the availability of capital, women have got empowered, and they take keen interest in utilising the loan for sanitation.

Gramalaya is now expending its work in 286 slums that come under the Tiru-chirappalli City Municipal Corporation (TCMC). It is also planning to construct 1,000 toilets each month in the villages of Tiru-chirappalli in collaboration with WaterAid, Acumen, and the TCMC. This success of this initiative shows that microfinance can help fill critical gaps in the sanitation sector. But more importantly, the initiative has provided self-respect to the marginalised. Like Bhanumathi, who was able to save her son’s marital life.