India to be fastest growing large economy in 2016: UN report

Consumer and investor confidence in India has risen

India is expected to be the world’s fastest-growing large economy in 2016 at a projected growth rate of 7.3 per cent, according to the United Nations report on World Economic Situation and Prospects 2016. Further, the country is expected to grow at 7.5 per cent in 2017, as compared to an estimated 7.2 per cent in 2015.

The report also projects south Asia to be the world’s fastest-growing region in 2016 and 2017 despite challenging global conditions. The improved outlook on South Asia is likely to be broad-based, it added. In most economies, including Bangladesh, India, Pakistan and Sri Lanka, strong private consumption will continue to be the main driver of growth, as per the report.

Some country-specific factors, such as the lifting of international sanctions against the Islamic Republic of Iran and reconstruction spending in Nepal, are also expected to help growth during the outlook period, it said.

India’s economy accounts for over 70 per cent of South Asia’s gross domestic product. The macroeconomic environment in the country, as in other nations, has improved mainly due to the sharp fall in oil prices, metals and food, it said.

Consumer and investor confidence in India has risen even though economic indicators—such as industrial production—remain volatile and the government faces difficulties in implementing its wide-ranging reform agenda, it said. 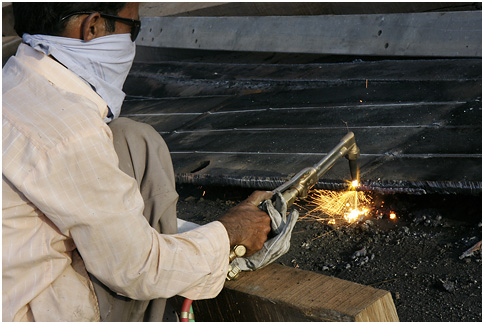 Agriculture, a sector that employs more than half of India’s workforce, may become a cause of worry. Nagesh Kumar, head, south and south-west Asia, United Nations Economic and Social Commission for Asia and the Pacific, said, “The agriculture sector has not performed in India in the last two years due to deficient rains. This is all the more reason to focus on social sector to create jobs.”

“The focus on social sector has to increase further. It is not that India is not spending on the social sector in absolute terms-it is going up all the time. But it should increase as a proportion of GDP (gross domestic product) also,” he added.

The growth in GDP is expected to be dependent on steady progress in domestic policy reforms to address structural challenges, it said. Most of the south Asian countries will witness acceleration in growth over the next two years, it projected.

However, the report added, that the region would not escape unharmed from a sharper-than-expected slowdown of China’s economy and renewed financial turbulences in the wake of rising US interest rates.

Lack of policy reforms, poor weather conditions and worsening security situation could lead to a lower-than-expected growth, it said.