India is promoting oil palm plantations in northeastern states, but this could have negative impacts on the region’s biodiversity 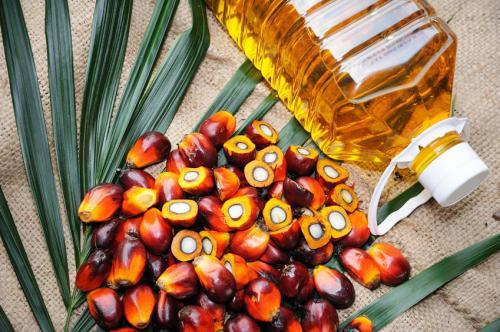 India is pushing for palm cultivation in the northeastern states of Assam, Mizoram and Arunachal Pradesh to increase production of oil, a commodity that costs the country millions in imports annually.

Most recently, Ruchi Soya Industries Ltd—owner of brands like Nutrela, Mahakosh and Sunrich—signed a Memorandum of Understanding (MoU) with Arunachal Pradesh government to development oil palm in 25,000 hectares in four districts of the state.

While expanding oil palm in India’s northeast will serve the larger purpose of oil security, experts fear that organised plantations may harm biodiversity in the region.

The Centre and state governments have been promoting oil palm cultivation in India, one of the world’s largest consumers of oilseeds and vegetable oil.

India’s production of these goods can satisfy only half of its demand, the rest is imported. Palm oil/palmolein constitutes about 80 per cent of all edible oil imports. In 2014-15, India imported around 12.7 million tonnes of edible oil, as per Ministry of Agriculture data. With per capita consumption of vegetable oils at the rate of 16 kg per year per person for a projected population of 1.27 billion, the total vegetable oils demand is likely to touch 20.4 million tonnes by 2017.

To reduce its import bill on edible oils, which is estimated close to US $10 billion, government of India is building capacity for local production. While schemes such as Oil Palm Development Programme (OPDP) were launched in multiple states by 1992, palm cultivation did not gain traction in the country.

In a relatively recent development, Rs 3,507 crores were sanctioned to National Mission on Oilseeds and Oil Palm in 2014. One of the aims of this scheme is bring 125,000 hectares of area under oil palm cultivation through area expansion. Nineteen states are a part of oil palm expansion plan, of these seven—Mizoram, Arunachal Pradesh, Assam, Manipur, Meghalaya, Nagaland and Tripura—are from India’s northeast.

Assam has allocated Rs 503 lakhs for oil palm mission in its 2016-17 plan, while Arunachal Pradesh assigned Rs 511 lakhs. Manipur and Mizoram have also budgeted Rs 362 lakhs and Rs 1,514 lakhs respectively for 2016-17. The money comes from both, the Central and state governments.

Northeastern states have largely supported the expansion scheme. Many MoUs have been signed between state governments of the region and private oil manufacturing companies. Mizoram’s agriculture department says, “Oil palm stands as an ideal crop capable of achieving conservation of soil and moisture, repair of degraded land, provide ecological balance, and food security of rural and urban poor.” It further states that oil palm will enable economic development of farmers.

As per the department’s website, it has signed MoUs with three private companies for oil palm cultivation. Of these, one is Ruchi Soya Industries Ltd.

Poola Mallesham, corporate head of the Oil Palm Division of Ruchi Soya said about its Arunachal Pradesh MoU, “Allotment of Zone IV will help in upbringing of more palm plantations in the near future which shall not only contribute to employment generation but go a long way in strengthening the rural economy by enriching the farmer income levels.”

Experts, however, question the ecological viability of oil palm expansion in the northeastern states. Umesh Srinivasan, who is associated with the National Centre for Biological Sciences in Bangaluru, says, “Cultivation in the northeastern states is dominated by shifting agriculture, that creates a mosaic of crops and forest (at various stages of regeneration) that is much better for biodiversity than monoculture plantations. Given that oil palm is a long-term monoculture crop, replacing shifting cultivation landscapes with oil palm will definitely be detrimental to biodiversity.”

When asked if palm oil cultivation can be made sustainable, he says, “Fostering this industry in a sustainable manner northeast India is very very difficult. Areas suitable for oil palm are minuscule or non-existent, adding oil palm will destroy forests, and oil palm (like other plantation crops) is likely to alter social structure and dynamics on tribal communities, enhancing socio-economic inequalities.”