Shear desperation: How can India’s wool sector be revived

India’s once thriving wool economy now depends on imports to sustain demand. Will the recent import of Australian Merino sheep for crossbreeding be enough to revive the sector? 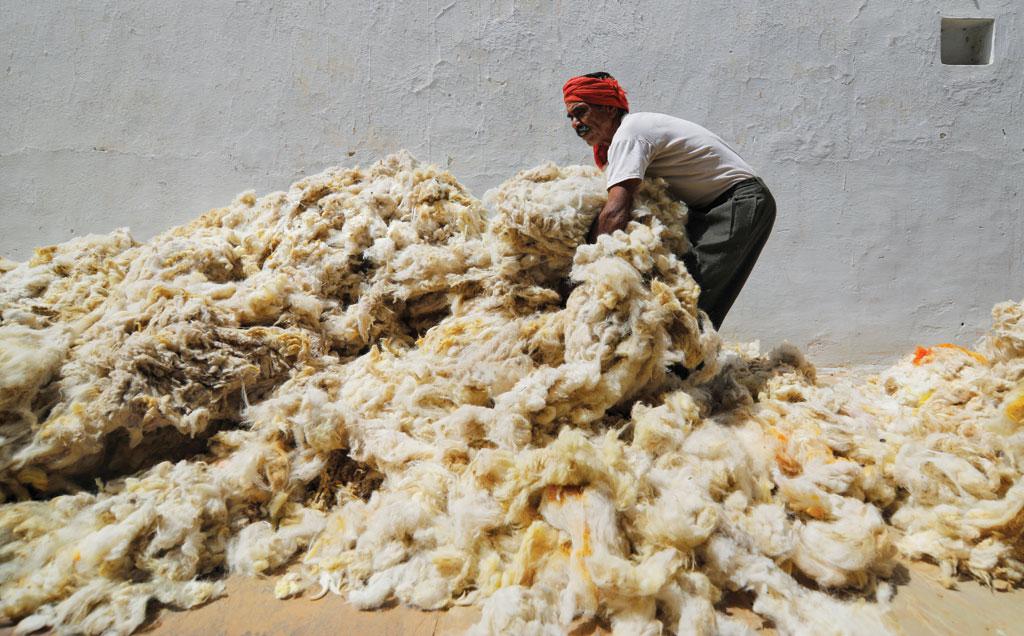 By the end of this year, shepherds in Uttarakhand will get a batch of lambs through crossbreeding of sheep indigenous to the region with Australian Merino sheep, known to have the softest and finest wool used for apparels.

These lambs will be the first signs of success of an import exercise that the government resumed after 30 years, in 2019, with an aim to boost the pastoral economy and reduce the country’s import dependence for raw wool.

The last import was of Rambouillet sheep from the US in 1993. Its purpose was crossbreeding, which happened to officials’ satisfaction; however, low survival rates of imported sheep and limited success in obtaining wool deterred further exercises.

“This time, to lower mortality rates, we have imported from areas in Australia that have similar climates as our Himalayan states,” Ashok Liladhar Bist, additional chief executive, Uttarakhand Sheep and Wool Development Board, said.

Of the 860 Australian Merino sheep imported between December 2019 and February 2020 under the National Livestock Mission, Jammu and Kashmir has received 420, Uttarakhand 240 and Himachal Pradesh 200.

Plans are also underway to import sheep for Rajasthan, the country’s largest wool producer known for its superior carpet grade Chokla and Magra wool. Carpet grade is rougher than apparel grade and accounts for 85 per cent of India’s production.

Apparel grade wool accounts for less than five per cent of production and coarse grade fit for making rough blankets accounts for the rest. The main trigger for import, Bist said, was deteriorating quality and quantity of carpet and apparel grades, largely due to inbreeding.

The import comes as a surprise as the country has the third-largest number of sheep in the world with 74.26 million sheep under 42 registered breeds, according to the 20th Livestock Census in 2019. This was a 14.1 per cent increase from the previous census in 2012. But a clear picture emerges as one probes into the sheep economy. 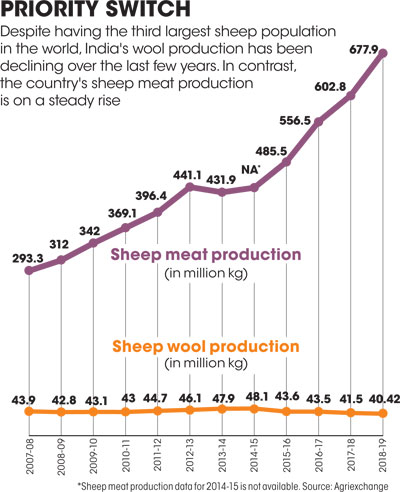 Data with the Union Ministry of Textiles suggests that as of 2018-19, the average annual yield per sheep in India was 0.9 kg as against the world average of 2.4 kg.

Due to this insufficient domestic production, India depends on imports for raw wool, particularly on Australia and New Zealand.

This wool is then used to prepare products like carpets, yarn, fabrics and garments for domestic market and for exporting, especially to the United States and Europe.

One reason for this disparity is that despite the overall rise in sheep population, their numbers are declining in major wool-producing states like Himachal Pradesh, Rajasthan, Gujarat, Andhra Pradesh and Jammu and Kashmir.

This decline has spilled over into wool production and trade. Let us consider Rajasthan, whose sheep population declined by 13 per cent from 9.1 million in 2012 to 7.9 million in 2019.

Historically, the state has been a wool hub, accounting for 40 per cent of all domestic production. Its mandis play a central role in the sector; 10 years ago, the Bikaner mandi was one of the largest wool markets in Asia. Currently it sells both wool and grain since the former is no longer sustainable.

A recent study by the Centre for Pastoralism, an initiative of Gujarat-based non-profit Sahjeevan, finds that in the 10 years till 2020, wool consumption by the country’s processing units increased by 50 per cent, but the use of indigenous wool fell to almost 10 per cent of the total current sales in Bikaner.

“We would prefer raw wool from domestic production. Chokla is a world-class carpet grade wool, but the quantity produced would not be enough for even 10 traders in Bikaner,” Ashok Surana, owner of a spinning mill, told Down To Earth (DTE). “The price for good imported wool is anyway the same as that of Indian wool,” he said.

A decade ago, best quality wool fetched Rs 100-200 per kg. Now it is Rs 80-100 a kg, Thakar Ram, a sheep farmer from Daniyasar village, said. He added that auctions were transparent earlier; due to cartelisation, prices are now fixed by buyers. Shepherds across the country face similar problems.

Experts think imports and crossbreeding are unlikely to provide any respite to shepherds and traders. There are several factors India must focus on to boost its wool economy.

The fact is indigenous wool has for decades suffered at the hands of machine-friendly long-stapled wool (a cluster of the fibre of greater length) after India set up mechanised spinning mills in the 1970s and 1980s.

Around the late 1980s or early 1990s, import tariffs were lifted as India began importing long-stapled wool from Australia, New Zealand and West Asia, especially for apparels as it was finer and softer than the brittle indigenous wool. 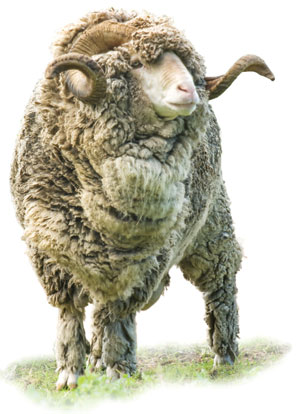 “Imports grew to an extent that even the carpet industry that absorbed Indian fibre began using them. Now, there is no offtake of wool from Gujarat or the Deccan states because it is short-stapled,” Sushma Iyengar, founder member of the Centre for Pastoralism and mentor to its wool initiative, said.

Second is the shift in farmers’ focus from wool to meat. While sheep numbers are on a decline in wool-producing states, they are rising in Deccan states.

Telangana promotes the meat-producing Nellore breed through a subsidised sheep distribution scheme and the breed now comprises 51 per cent of the state’s sheep.

Meat prices are high at Rs 400-500 per kg in local markets. “We get huge revenues from meat exports, so it has become more lucrative for shepherds as wool procurement is almost nil. All states have started promoting fatty breeds,” Iyengar said.

Since weight is key in finalising prices, shepherds often leave wool on to make the sheep look healthier. This wool is then either wasted or sold through unofficial channels.

Third, pastures are diminishing across the country with the increase in plantations as well as urbanisation. In Rajasthan, grazing land fell from 1.7 million hectares (ha) in 2007-08 to 1.6 million ha in 2017-18, according to state agriculture department data.

Durga Ram, a fourth generation sheep farmer of Kotra village in Bikaner, told DTE that till 10 years ago, there was a lot of open space and grass in his and the adjacent Gajner village for sheep to graze on.

“Now all that space is occupied by two private solar parks.” When DTE met him, Ram’s son was on his way to Kapurthala in Punjab, some 531 km from Kotra, with their 150 sheep in search of grass.

Grazing lands are shrinking in other states as well. In Gujarat, the indigenous Patanwadi breed is now less preferred by herders as encroachment and industrialisation have reduced flat grazing resources and these sheep are not good climbers, notes the study by the Centre for Pastoralism.

There are less than 5,000 pure Patanwadi sheep left in Gujarat. Himachal Pradesh has abundant land, but access is difficult during the winter. In Uttarakhand and Telangana, pastures in forests are out of bounds, it adds.

“Shearing wool is unlike any other work. The younger generation does not want to do this. You may not find many sheep in the next few years,” Tola Ram, another shepherd in Kotra village, said.

Officials, on the other hand, say shepherds are reluctant to adopt modern practices like machine shearing. “Machine shearing takes only five minutes and increases the length of the fibre too, since it cuts neatly from the skin. But there is low awareness. Farmers feel their sheep will be hurt. The need for uninterrupted electricity supply is also a problem in rural areas,” HK Narula, head, Arid Regional Centre, Central Sheep and Wool Research Institute, Bikaner, said.

However, he did admit that these machines are mostly imported and cost Rs 1-1.5 lakh. “Even the blades and other parts are costly. The Union Ministry of Textiles and the Indian Institute of Technology-Delhi have come up with a cheaper machine that will cost Rs 40,000-Rs 45,000, but it is still being tested,” he said.

Meanwhile, Uttarakhand has been promoting machine shearing for five-six years, Bist said. Some 25 per cent farmers opt for this approach now, as against five per cent three years ago. 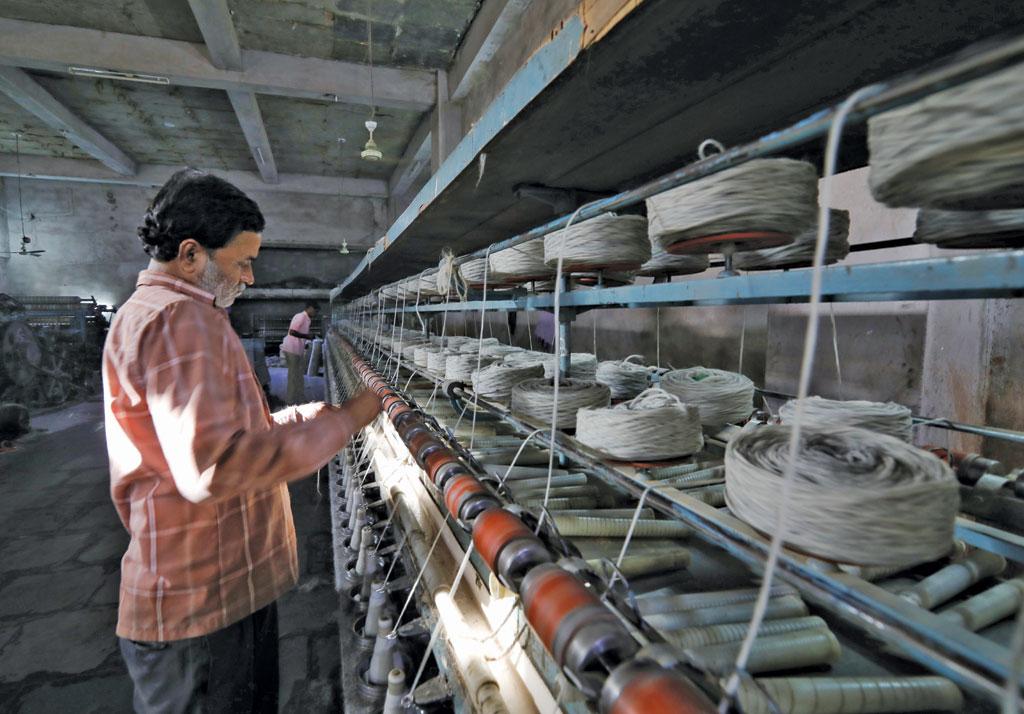 Experts and officials also say sheep care has not got the same attention as other agricultural activities.

“The type of research and time needed in this sector has not been provided. There is a scope of better processing and marketing of wool, and even a minimum support price (MSP), like in crops,” Narula said.

Mohammad Sharif, former managing director of the erstwhile Jammu and Kashmir Sheep Development Board, said wool had not gained traction because of half-hearted support.

“During my tenure at the wool board, we just procured wool from sheep herders and sold it to the textile industry. There was no value addition. There were no processing facilities or measures like washing, carding and grading which would have helped in its marketing. The board employees were also not paid on time,” Sharif, who is also former director of sheep husbandry in Jammu and Kashmir, said.

The administration recently disbanded the board saying “there has been no significant on ground impact on production and marketing of wool and wool-based products.”

The Union textiles ministry in one of its documents on the status of wool and textiles in India acknowledges that the constraints faced by the wool sector are due to outdated and inadequate pre- and post-loom processing facilities, the ineffective role of state wool marketing organisations, the lack of an MSP system and no educational institute for wool technology.

The fact is most shepherds in the country rear sheep not by choice, but due to the lack of other options or because it is their traditional practice. There is a need to make this sector lucrative by raising awareness, improving access to pasture lands, facilitate marketing of wool, offer remunerative prices, and upgrade the supply chain for herders who are on the bottom rung of the ladder.

This was first published in the 1-15 August, 2021 Print Edition of Down To Earth