The lingering scent of Kannauj

The world's oldest hub for producing itr, the traditional Indian perfume, is fighting to retain its fragrance 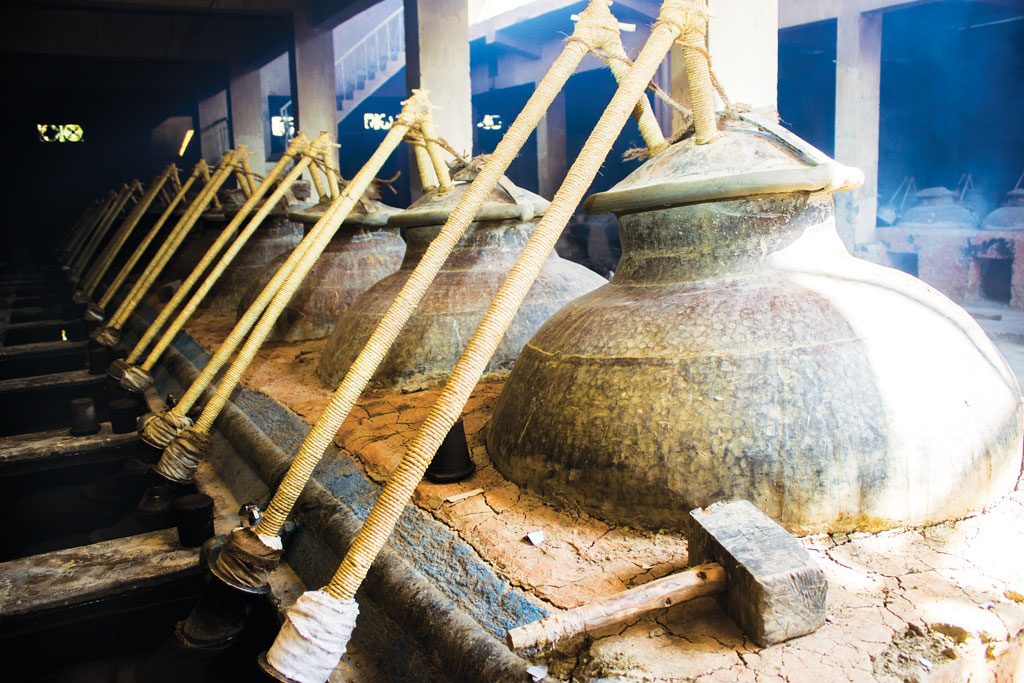 As you enter Bara Bazaar in Kannauj, Uttar Pradesh, wading through the narrow lanes, a heady fusion of fragrances envelops you. Amid a few general and sweet shops, there are some stores that are stacked with glass bottles filled with itr—India’s traditional perfume. Located near the confluence of the Ganga and Kali rivers, Kannauj has been home to a thriving perfume industry since the days of Harshavardhana, who ruled north India between 606 and 647 AD. Later, Kannauj provided perfumes and scented oils to the Mughal emperors.

Even today, itr is made using the ancient deg bhapka method—the traditional way of extracting oil from flower petals through steaming and distillation—a process that is largely environment friendly (see ‘Ecologically serene’). But the last few years have seen the city’s perfume industry shrink. A rising demand for cheap alcohol-based fragrances, coupled with the high cost of production, and lack of sandalwood oil—which was traditionally used —has badly affected the itr industry.

Gauri Sugandh is a popular perfume destination. Its owner, Nishish Tewari, a young man in his late 20s, stands beside cupboards that are stacked with glass bottles of itr in different colours. But a closer look reveals the top row of cupboards loaded with modern alcohol-based deodorants. “Most customers prefer modern perfume and deodorants. When a good deodorant can do the same job for you, why spend so much on itr?” he asks. At one time, itr from Kannauj was popular all across the world, but the onslaught of inexpensive alcohol-based fragrances and deodorants has flattened the demand for itr everywhere, he adds.

The recent bans on pan masala and chewing tobacco have also affected demand, as these sectors buy close to 80 per cent of all itr manufactured in the country, according to the district administration data. A small percentage is also used in the wellness sector. Itrs of rose and kewra are also used in traditional sweets for flavouring. The remaining is used in food items such as ice-creams and drinks.

Shrinking demand is not the only problem. “A 100 ml vial of the famous Ruh Gulab (rose itr) costs Rs 1,000,” says Gaurav Malhotra of Puja Perfumeries, one of the oldest itr manufacturers in the city, as he opens the lid of the bottle and the rose fragrance fills his office. “But you can also get rose itr for as low as Rs 100 in the market,” says Malhotra, adding that most of the trade happens in good faith. But in the absence of standards, the quality of the product suffers. 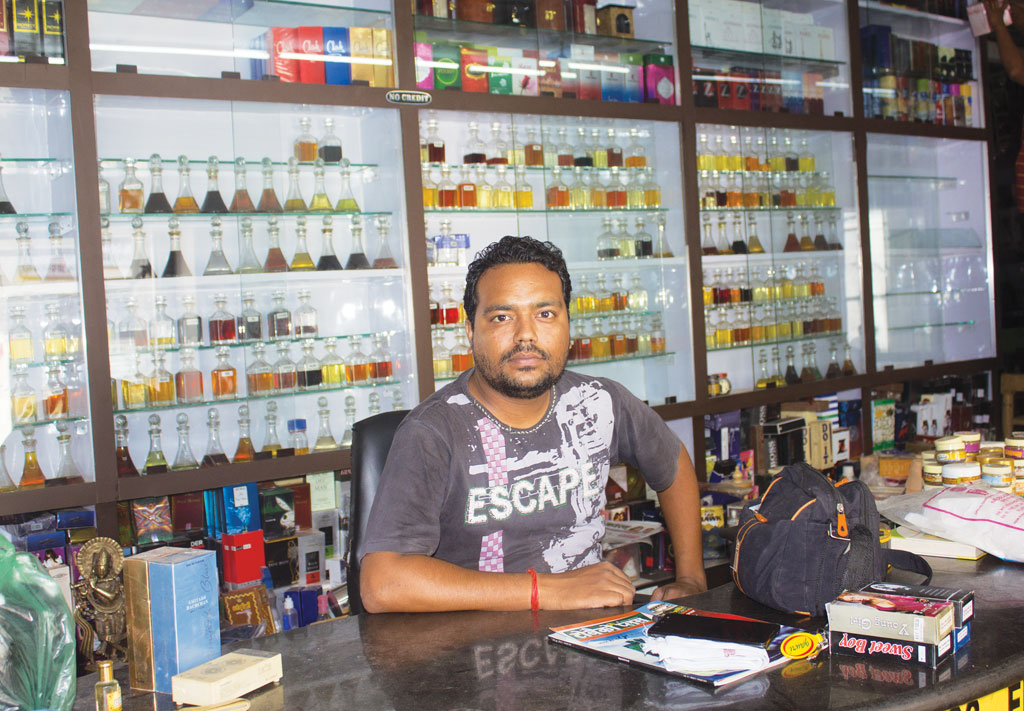 Standards are available for analysis of sandalwood oil. But acute shortage of sandalwood after it was banned in north India and highly regulated in south India in the 1990s has affected production. Now, sandalwood oil has been replaced with petroleum products such as Di-octyl Phthalate (DOP) or liquid paraffin. As a result, the credibility of the industry suffers. Malhotra also blames the situation to rising production and labour costs. “Maintenance of age-old equipment is another problem,” he says.

The quality of itr is also dependent on the quality of raw material, flowers. The time duration between the plucking of flower and the process parameters of distillation can also affect the quality of itrs. “Most of the species, which are used in the manufacturing of Indian traditional fragrances, such as Jatamansi, Sugandh Bala, Kapoor Kachri, Sugandh Mantri and Nagarmotha, have no specification for their quality assessment. To survive in the world market, it is necessary to have quality standards. Their standardisation is essential to leave a fragrance in the world market,” says Malhotra.

Traders say “poor marketing” is keeping itr away from the main market of perfumes and fragrances. In October, Uttar Pradesh Chief Minister Akhilesh Yadav visited Grasse, France’s perfume capital, to save the industry. A joint venture resulted in the Kannauj-Grasse pact, which will enable sharing of expertise, and a proposal to set up an international perfume museum in Kannauj in collaboration with the French government is on the anvil. A course on perfumery at the Kannauj Engineering College is also planned.

How can Kannauj’s perfume industry be revived? Says R K Srivastava, assistant director, Fragrance & Flavour Development Centre: “Itr is traditionally believed to have medicinal qualities. But there is hardly any scientific studies on them.” He added that his department has submitted a proposal with the Union Ministry of Micro, Small and Medium Enterprises to carry out a detailed study on the medicinal benefits of itr. “We are awaiting a response.”

Meanwhile, many manufacturers have now gone online to sell their products. Malhotra, whose family has been manu-facturing itr for the past 100 years, says that they moved online to expand their customer base. “Besides tobacco and food industry, we also export globally.”

He even talks about a US wellness chain that regularly buys from them. Another manufacturer, Meena Perfumery, claims it exports 70 per cent of its products to Germany, France, the US, the UK, China, Africa and West Asia. Pampi Jain of Pragati Aroma and Oil Distillers says the basic technique of itr cannot be changed, but new technology should be used wherever possible. His factory is one of the few in Kannauj that uses modern machinery. Traditional cooking vessels have been replaced by giant steel cylindrical containers for extracting oil.

Jain refutes the fear that the industry might close down in the future. “Fragrance is part of our everyday life. We brush our teeth with flavoured toothpaste, bathe with a scented soap and then apply perfume. Fragrances will not go out of our lives. It’s just a question of whether we want to keep our traditions alive. That is the real challenge,” he adds.