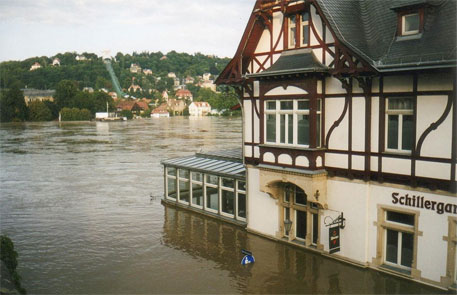 While Alaska witnessed the third warmest January in 96 years, California continues seething under the prolonged drought spell, one of the worst in the past 500 years. But the reasons for such events are more than global warming.

According to a research study published in Nature Climate Change, frequency of extreme weather events, arising from climate phenomenon La Nina in the Pacific Ocean, would nearly double with global warming—from one in 23 years to one in 13 years.

The climate modelling data indicates that US will witness more droughts and flooding as the weather events will become more common in the western Pacific region.  Most part of the world will follow extreme El Nino events, which mean the weather pattern will swing between opposite extremes from one year to the next. Different regions will experience weather patterns switching between extremes of wet and dry weather.

This in turn would mean an increase in the occurrences of “devastating weather events with profound socio-economic consequences," says Wengi Cai, lead researcher of the Commonwealth Scientific and Industrial Research Organisation (CSIRO), Australia.

"El Nino and La Nina can be a major driver of extreme weather," Cai adds as he informs that "we are going to see these extreme weather [events] become more frequent."

The Weather event El Nino/Southern Oscillation (also called ENSO) is Earth’s most prominent source of “inter-annual climate variability”. While La Nina is the cold phase, El Nino is referred to as the warm phase of this natural climate phenomenon. An alternation between El Nino and La Nina results in disruption of weather patterns, ecosystems, fisheries and agriculture.

Joint Met office chair in Climate Change at Exeter University, Mat Collins, also a co-researcher on the study, stated “our previous research showed a doubling in frequency of extreme El Nino events and this new study shows a similar fate for the cold phase of the cycle."

He further adds, “it shows again how we are just beginning to understand the consequences of global warming." This corroborates the research of the Intergovernmental Panel on Climate Change (IPCC) that the world has experienced more hot days and heat waves since 1950s and will witness more extreme weather by the end of 21st century.

The annual report by World Economic Forum, Global Risks, for 2015 too has listed extreme weather events as the second most prevalent threat to global stability. The report, now in its 10th edition, was compiled based on the responses from 900 experts who partook in the ‘Global Risk Perception Survey,’ prepared each year for the Davos, Switzerland World Economic Forum (WEF) meeting.

This WEF report defines global risk as, “an uncertain event or condition that, if it occurs, can cause significant negative impact for several countries or industries within the next 10 years.”