While the lockdown has halted country’s wheel of commerce comprising commercial and industrial establishments, power sector stakeholders are working to ensure continuous supply. This has affected the power demand, especially since the two segments use about 50 per cent of supplied power.

Centre for Science and Environment analysed and compared power demand and generation during the first week of lockdown (from March 25 to March 31, 2020) with that during first week of March (from March 4 to March 10, 2020). Both weeks started on a Wednesday.

Here are the findings. 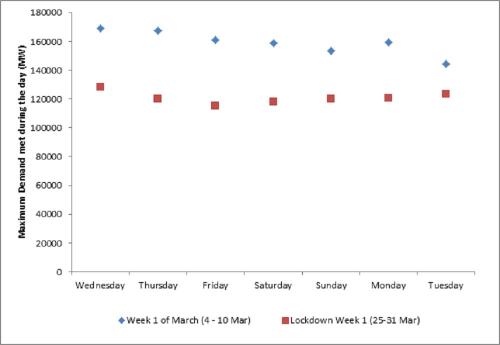 Due to the drop in power demand, total generation in the country dropped 12-25 per cent during first week of lockdown as against first week of March. The total drop for the week was 21 per cent: 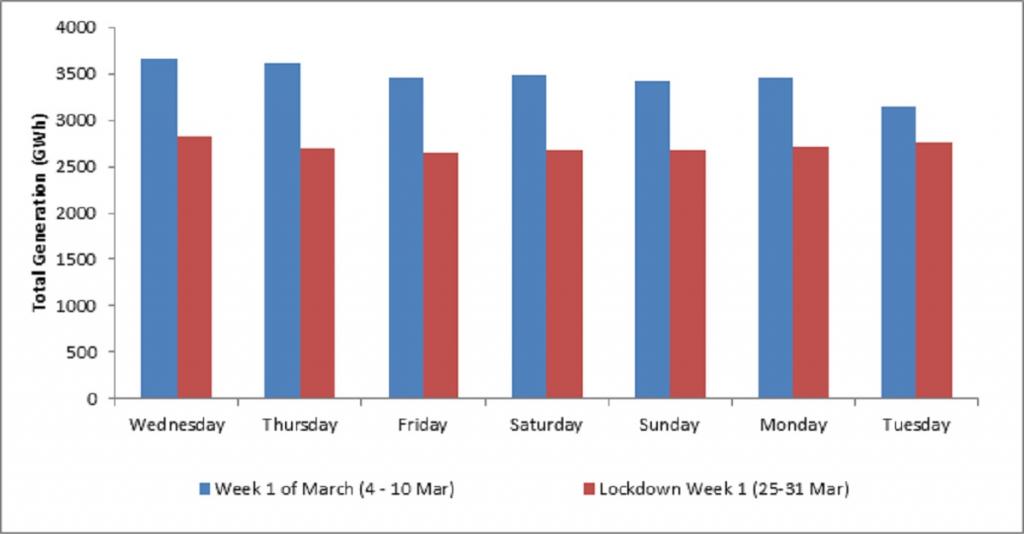 Under such conditions, operating coal power plants is becoming increasingly difficult as the plant load factor has been on a decreasing trend. Running costs are outpacing the revenue generated.

India had renewable energy (RE) installations of 86.8 gigawatt (GW) power as on February 2020.

The total RE generation share was much stable during the lockdown period. 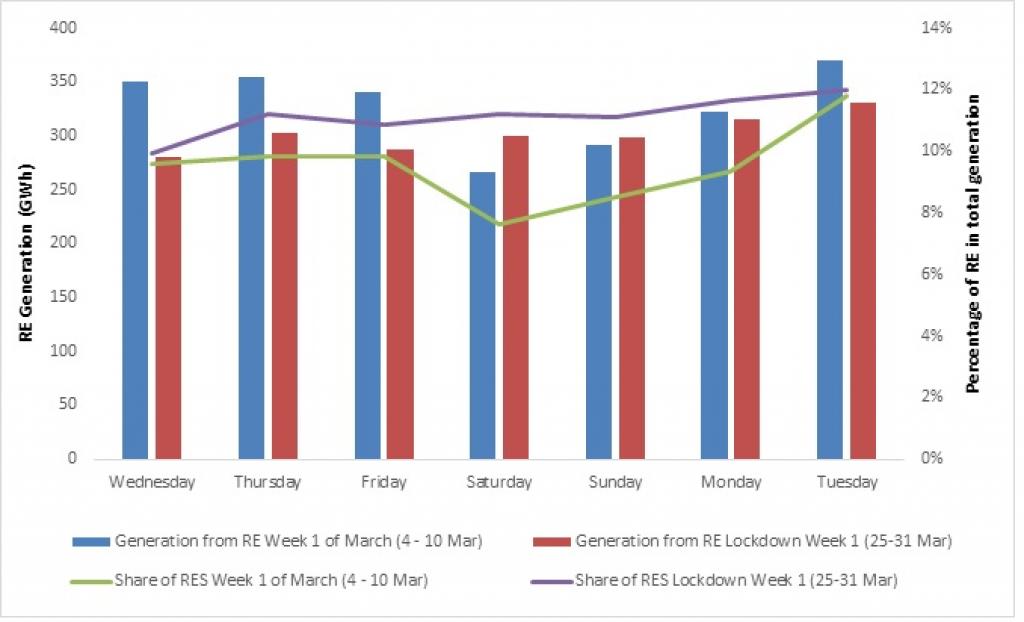 RE generation and share in total generation. Source: POSOCO

During turbulent times like these, the RE sector has its own challenges. To ensure that the sector faces minimum heat, the Centre has taken a few steps:

Renewable energy is already playing a significant role in power sector. However, the pandemic has strengthened the case of renewables in the country like India for energy self-sufficiency and self-reliance, particularly because the supply chains has been disturbed for all other types of conventional energy sources.

Hence, post COVID-19, India should focus not just on RE installations, but establishing an indigenous solar manufacturing sector. At present, the solar sector is almost entirely dependent on imports.

China’s GCL System Integration Technology Co is planning to set up a solar manufacturing plant with a capacity of 60 GW, which will cater to half the global demand. Taking a cue from it, the Indian government should invest in an enabling eco-system to facilitate manufacturing in India.