Environment minister Jayanthi Natarajan made public India's second report to the United Nations Framework Convention on Climate Change (UNFCCC) on May 9 in New Delhi in the presence of about 100 scientists. The report, referred to as national communication, gives details of the country's greenhouse gas emissions and impacts and vulnerability assessments.

According to the report, India's gas emissions in 2000 was 1.3 billion tonnes CO2 equivalent. This was 5.9 per cent more than the emissions in the first national communication report submitted in 2004, which used baseline data of 1994. 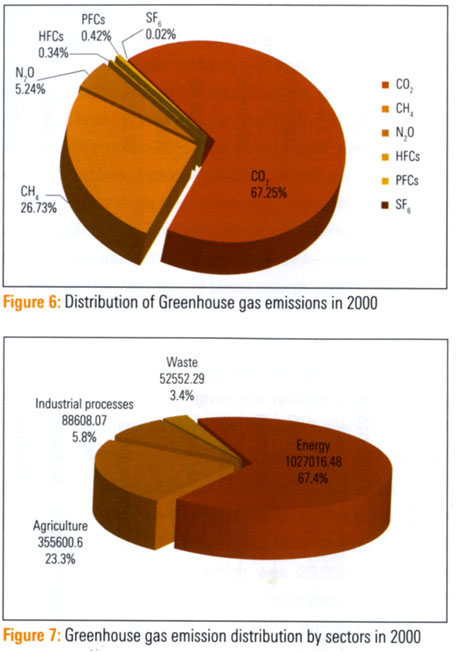 The energy sector has emerged as the largest contributor of greenhouse gases, accounting for two-thirds of the total emissions, followed by agriculture (20 per cent) and industrial processes (see 'Natcom report highlights').

The report, put together by the Union Ministry of Environment and Forests (MoEF) in coordination with scientists from more than 120 institutions of national repute, has also made projections about temperature increase, rainfall pattern and impact on agriculture and forests.

The report has predicted an overall increase in temperature by 3.5 to 4.3°C  towards the end of century. The report uses future scenarios developed by Intergovernmental Panel on Climate Change to assess the impact of climate change. Scientists at the workshop, however, pointed out that the forecasts are based only on one climate model and that more simulation models need to be used. K Krishna Kumar of Indian Institute of Tropical Meteorology said higher resolution climate models and more number of climate models would be needed for more robust predictions.

The report says a 1°C increase in temperature can reduce wheat production by 6 million tonnes unless the right strategies are adapted. It has said there could be a decrease in rainfall in the southern peninsula. As for the impact on temperature increase on forests, the report says that percentage of forests deemed vulnerable will be 30 per cent by 2050 and 45 per cent towards the end of the century. R K Chaturvedi of the Indian Institute of Science cautioned that the projections for the forestry sector was made  using a  climate model that does not take into account certain features of Indian forests.

Addressing the scientists gathered for a workshop where the report was released, Natarajan congratulated them for the timely submission. Commenting on the significance of the report, she said: “India has always been conscious of developing a good scientific understanding. This report will provide the absolute basis for our deliberations with the international community.”

As party the to the United Nations Framework Convention on Climate Change, India is expected to furnish information on the implementation of the Convention alongside all other developed and developing member countries that are signatories to the Convention.
Web Specials Web Specials Web Specials United Nations … Union Ministry of … R K Chaturvedi National communications K Krishna Kumar Jayanthi Natarajan Indian Institute of … Indian Institute of … Greenhouse gas (GHG) …
SUPPORT US