12 million people have no cooking arrangements in India, says study

According to the report, the situation has worsened over the years 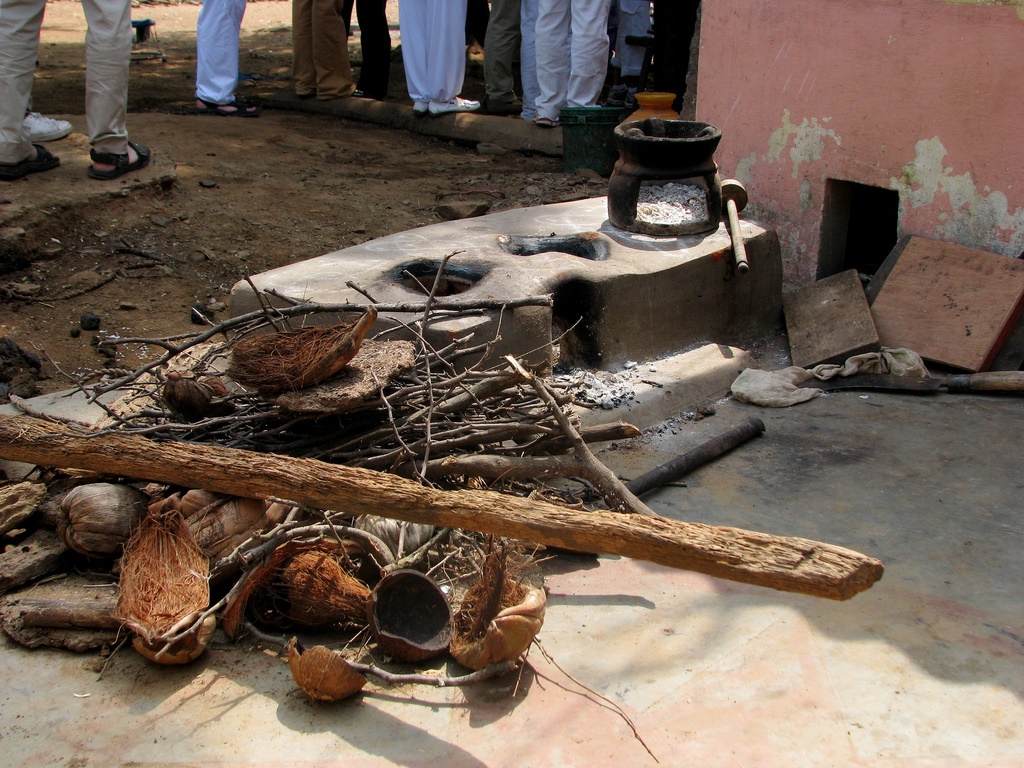 In rural India, most households do not have access to LPG Credit: McKay Savage/Flickr

The facts were revealed by the National Sample Survey Organisation (NSSO) report based on the 68th round of survey. Maharashtra (3.8 per cent) and Andhra Pradesh (2.7 per cent) are the top two states which reported “no cooking arrangement”, the survey says.

According to the report, the situation has worsened over the years. It says that 0.7 per cent of rural households lacked any cooking facility in 1993-94 which touched 1.3 per cent in 2012.

Similar is the situation in urban India where 6.3 per cent households did not have cooking arrangements around 20 years ago, but now the figure has reached 6.9 per cent.

The report says, “The proportion of rural households having no cooking arrangement shows a steady increase from 0.7 per cent in 1993-94 to 1.6 percent in 2009-10, but it marginally decreased after that. In this respect, there is no clear trend in urban areas, but the phenomenon of no cooking arrangement is seen to be considerably high.”

In urban areas, the highest proportion of households lacking cooking facility were seen in Karnataka (13.9 per cent), Tamil Nadu (9.2 per cent) and Andhra Pradesh (9.1 per cent), according to the report.

The report highlights that the most common cooking fuel used in urban areas is liquified petroleum gas (68 per cent) while in rural India most households are dependent on firewood.

Chhattisgarh tops the list with 93.2 per cent of households using firewood for cooking. It is followed by Rajasthan (89.3 per cent) and Odisha (87.0 per cent).

Use of coke and coal as the primary source of energy for cooking has been markedly reported in Jharkhand (31.1 per cent), West Bengal (13.5 per cent) and Chhattisgarh (11.3 per cent)

Nearly 40 per cent of urban households use LPG as the principal fuel for cooking in all major states. It is the highest in Haryana (86.5 per cent households), followed by Andhra Pradesh (77.3 per cent) and Punjab (75.4 per cent). It is the lowest in Chhattisgarh (39.8 per cent).

Compared to rural areas, use of kerosene as the primary source of energy for cooking is more prevalent in urban areas, especially in Gujarat (10.5 per cent), Maharashtra (10.1 per cent) and Punjab (10.0 per cent).