India, South East Asia and Sub-Saharan Africa will not meet Sustainable Development Goal 7.1, thus preventing the world from moving towards a cleaner future 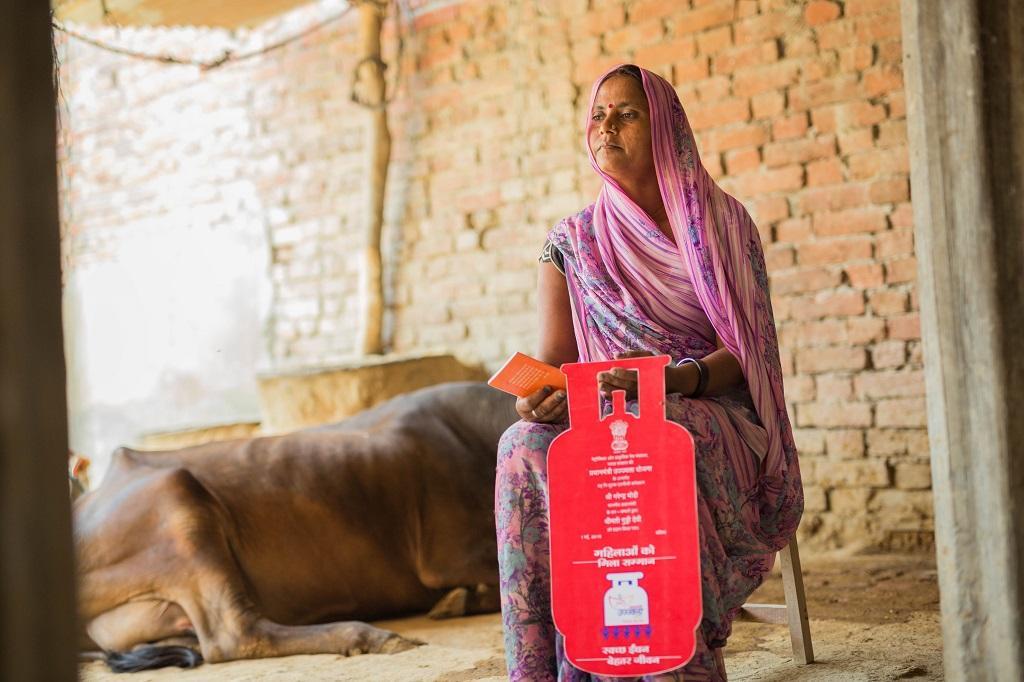 580 million Indians, or 1/4th of the world's population, will rely on solid fuel. Credit: Srikant Chaudhary

The world may not be able to ensure universal access to affordable, reliable and modern energy services by 2030 as per Sustainable Development Goals (SDG). A recent report on global and regional forecast on energy transition says that India, South East Asia and Sub-Saharan Africa will not meet SDG target 7.1, thus preventing the world from moving towards a cleaner future.

Clean cooking helps address energy poverty and ensure sustainable energy security for billions. Based on the most recent projections by the International Energy Outlook, the report says that in 2030, 580 million people will depend on solid fuels for cooking and that India will miss the target under SDG 7.1.

Nearly half of India’s households use firewood as cooking fuel. India plans to ensure 80 million households to get LPG connections by 2020 under the Pradhan Mantri Ujjwala Yojana Programme, the government’s flagship scheme on providing clean energy for cooking. However, 40.87 million households will still be left out due to poor implementation.

In Sub-Saharan Africa and Southern Asia, despite modest increase from 1990 in the share of the population relying on nonsolid fuels, the number of people still using solid fuels actually increased in both urban and rural areas—because of growth in the population.

Co-benefits of providing access to clean energy for other SDGs
The co-benefits of clean cooking are significant for other SDGs, including climate action, good health and well-being.
In India, women spend an hour every day collecting firewood. In 2015, the household air pollution due to wood or cow dung as cooking fuel was responsible for 124,207 premature deaths per million people in India.

Reducing smoke emissions from cooking decreases the burden of disease associated with household air pollution and improves well-being, especially for women and children, thus contributing to meeting the goals under SDG 3 on good health and well being. 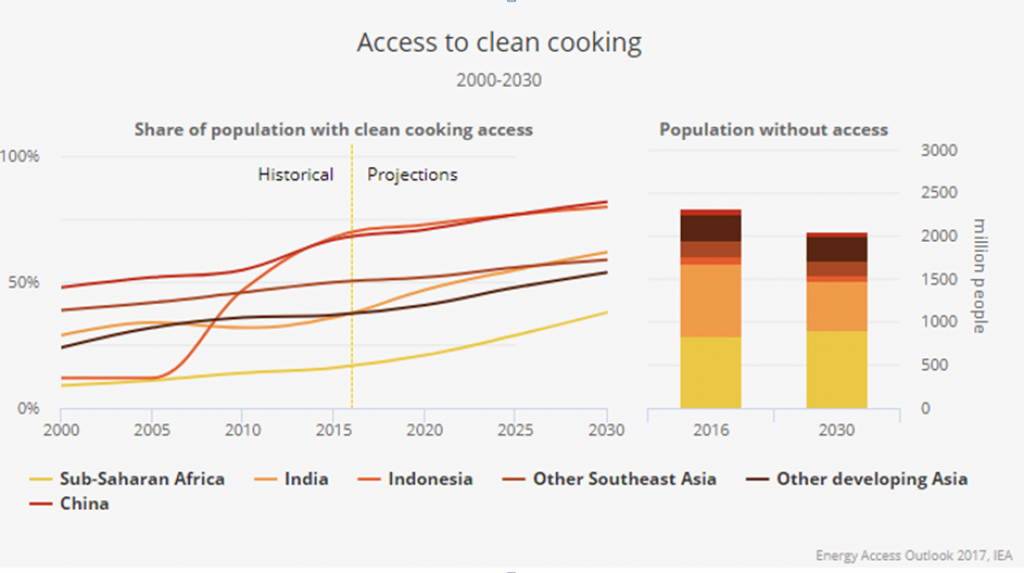 Up to 25 per cent of black carbon emissions come from burning solid fuels for household energy needs. Clean cooking solutions address the most basic needs of the poor, while also delivering climate benefits, thus contributing to meeting the goals under SDG 13 on climate action.