Automation in solar sector: when robots form the clean-up crew

While automation can drastically bring down the maintenance cost of solar plants, ensuing job losses cannot be discounted 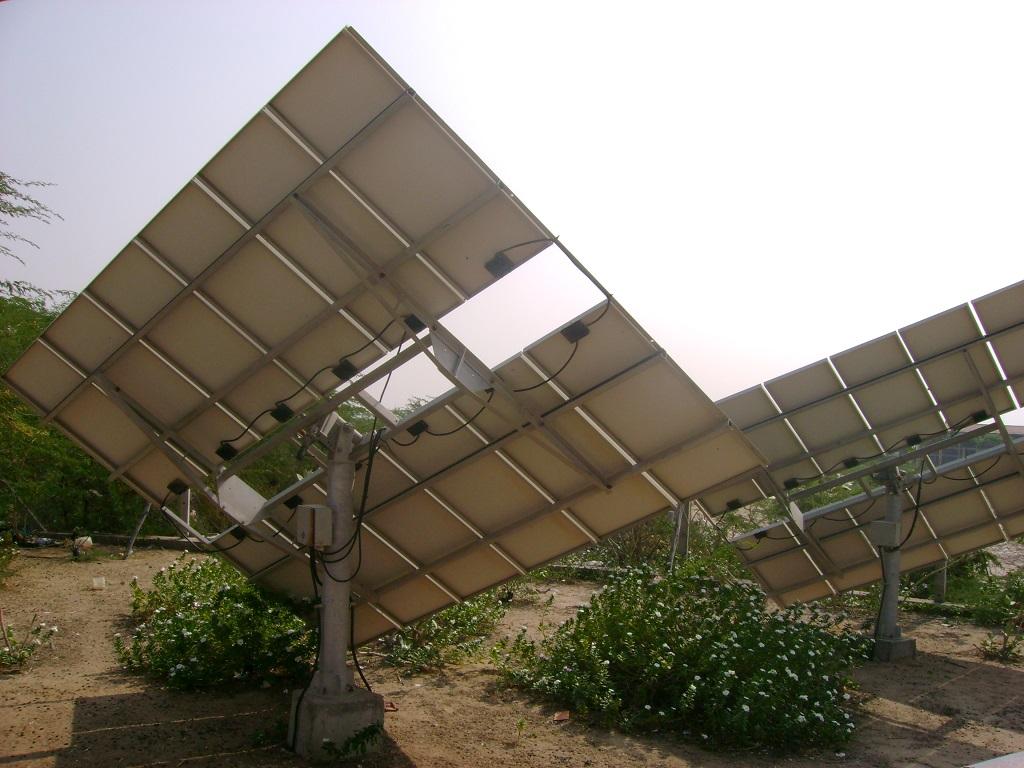 Operation and maintenance, which is crucial for efficient running of a solar plant, is often understated. Credit: Ramya

Subscribing to the 21st-century inevitability in industrial development, automation is creeping into solar farms. The NTPC-owned 5MW plant in Dadri recently had a Tel Aviv-based company—Ecoppia—build a fully automated solar panel cleaning system for the plant. Ecoppia’s device is attached to the panel where it moves over the surface, clearing the dust with microfibers.

The lifetime cost (25 years) was stated to be Rs 0.76 crore (for 5MW), which translates to Rs 15,20,000/MW. It is a far more economical alternative to the traditional Operation & Maintenance (O&M), which costs at least Rs 500,000 MW/ year and goes up to Rs 800,000 MW/ year and bulk of this cost is attributed to labour. There is a year-on-year escalation of 5 per cent that accounts for inflation, pushing the lifetime cost of the project to roughly Rs 2.4 crore/MW. For a 5MW plant like the one in Dadri, the cost would come to Rs 12 crore.

While the estimated cost of the automated system does not account for unknown variables like component replacement, repairs and services that may or may not be in Ecoppia’s contract, it is still a significant fall in costs. Hence, this automated system is likely to be of particular interest to developers who are facing small profit margins as a result of low tariffs bid in solar reverse auctions.

Environmentally, too, it makes for a compelling case. An estimate done by CEEW a few years ago pegged the water usage at 7,000-20,000 litres/MW/wash in India. However, it is still better than coal-fired power plant, which has a significantly higher water consumption per MWh, based on a 2018 IRENA report that collated comparative data for the same. In water-scarce India, where major cities are running out of water and farmers are still woefully dependant on erratic rainfall, this is an ecological footprint worth avoiding.

Most solar plants in India are party to long-term power purchase agreements of 25 years. Setting aside the question about what might actually become of these plants in over two decades (the oldest large-scale solar plants in India are nearing 10 years), it goes without saying that the proverbial engine needs to be oiled and well-kept to run that long, efficiently or otherwise. Barring specific incidents involving panel degradation, damage and replacement, electrical wiring issues and basic security, much of the regular, preventive O&M in large-scale solar plants is centered on panel maintenance.

Large solar parks built under the National Solar Mission are located across various states, including Rajasthan, Gujarat, Andhra Pradesh and Madhya Pradesh. These locations, like most places in India, have high solar irradiation (amount of electromagnetic radiation received per unit area) and accompanying high levels of ambient dust. Dust accumulation on panel surfaces has a “shading” effect which, in turn, affects performance. A 2017 field study by MH Bergin et al, in collaboration with IIT Gandhinagar, found that atmospheric PM—ambient and deposited on the panel—resulted in a 17-25 per cent drop in generation.

Jobs could be at stake

On the flip side, like any other automation story, job loss in solar sector would be an immediate fallout. An NRDC-CEEW survey showed that between 2011 and 2014, 16 per cent of all the jobs generated in the solar industry were attributed to O&M, of which unskilled labour outnumbered the skilled workforce by a factor of 1.5. However, the same survey noted that bigger the plant size, fewer are the number of jobs generated. Plants sized between 1-5MW generated 15 O&M jobs per MW while plants over 25MW generated around eight.

According to a more recent estimation, in the process of achieving 60GW target for ground-mounted solar, O&M is expected to create 14 per cent of the total jobs per MW per year, of which 86 per cent of the workforce is likely to be unskilled and semi-skilled.

While automation of clean-up work may not be a thorough win-win situation because jobs are indeed likely to be lost, the burgeoning solar rooftop market, which is defined by smaller plants that are more labour-intensive, is still likely to create jobs for semi-skilled and unskilled labour.