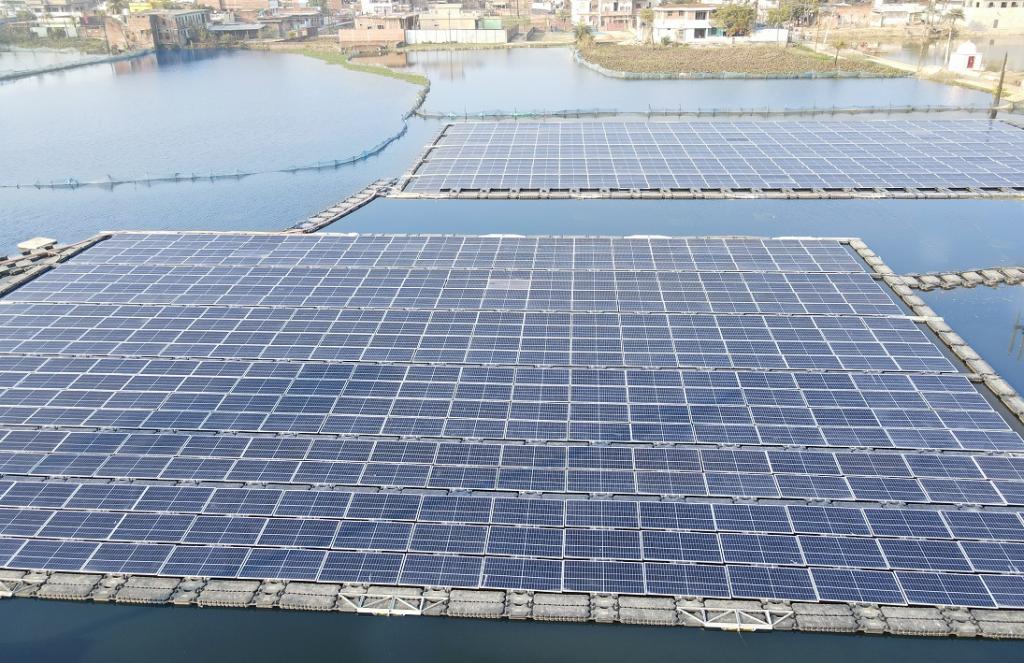 Increased awareness about the inevitability of renewable energy sources have been followed by a new question: How do you make space to generate green power? Bihar has an innovative answer — local water bodies.

The state is likely get a 2 megawatt floating solar power generation unit in Darbhanga within a month. The project also aims to promote pisciculture.

The unit, commissioned to Avaada Energy, a private firm, will come up over a six -acre pond.

“We are ready to commission and expect that the plant will be operational soon,” Rohit Kumar, an official of Avaada Energy, told this reporter after inspecting the facility situated 200 kilometres from Patna.

Avaada will transmit power from the plant to the Bihar Renewable Energy Development Agency (BREDA), a government agency that works for expansion of clean renewable energy, officials said.

Kumar said Avaada had signed a power purchase agreement with BREDA for 25 years. BREDA will supply power from the plant to local consumers through North Bihar Power Distribution.

The plant consists of 4,004 solar modules. Each module is installed in the pond and is capable of generating 505 megawatt peak (MWp) electricity. They will generate around 2 MW of green and clean energy. Once commissioned, the plant will provide power to 10,000 people in the state.

“It will generate 2.7 million units annually and will help in reducing 64,125 tonnes of CO2 in its lifecycle of 25 years,” an official release of Avaada Energy said.

The main benefit of a floating solar power plant is that the water will cool the solar panels, ensuring their efficiency when temperatures rise, resulting in increased power generation.

The idea could prove to be a boon in utilising waterbodies for beneficial purposes and giving a new lease of life to waterbodies.

Nitish Kumar had announced the start of something new barely a few years ago, with the tag line Niche machli, upar bijli (fish below and energy above).

Jha also informed that the state’s second floating solar plant is under construction in Supaul district and will be fully completed by the end of March 2022.

A BREDA official said there is big potential for floating solar power plants on different water bodies in the state. This is mostly in the flood-prone north Bihar districts, comprising the Mithila region which is known as the ‘land of ponds’ as well as the Koshi and Seemanchal regions.

However, according to official data, Bihar is lagging behind in achieving its own target of generating clean energy if the state’s renewable energy policy of 2017 is anything to go by.

BREDA officials have said they will study the Darbhanga project and the one in Supaul for any impact on the waterbodies concerned.