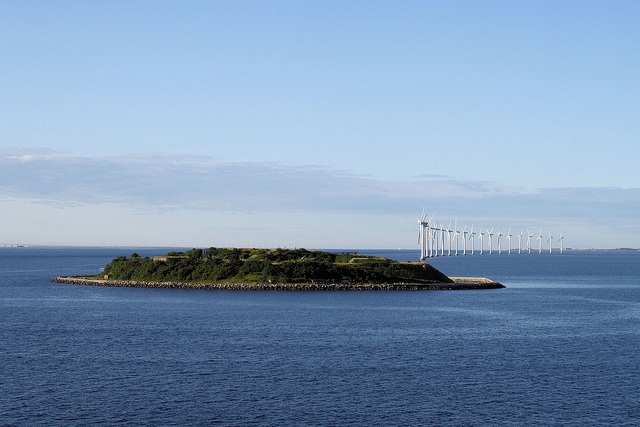 The central policy holds the key to a decision-making document on developing offshore wind energy and setting up projects up to 370 km from the shore in what will be known as the Exclusive Economic Zone.

The country's 7,600-km long coastline provides a huge scope for offshore wind energy development. India's target is to develop 60 GW of wind power by 2022 from the current capacity of 24 GW.

EIA has been mentioned in Stage-I clearance, which means that the clearance will have to be obtained from the environment ministry, before offshore wind energy blocks are notified for international competitive bidding.

The policy document states that project developers have to obtain clearances from 10 ministries to develop offshore wind projects. Among these, five ministerial clearances are in stage I (principle clearances) and another five are in stage II (not required at the initial stage). Apart from the environment ministry, other ministries involved in the offshore wind energy development are the Ministry of Defence, Home Ministry, External Affairs Ministry and Department of Space. 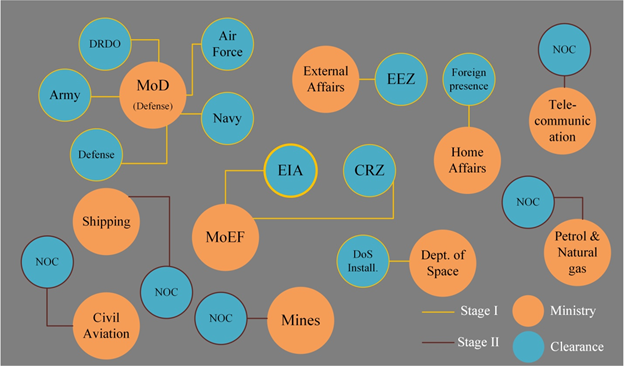 Worldwide, the total capacity of offshore wind energy stands over 8.7 gigawatt. Around 91 per cent of the installations are located in the Baltic Sea, North Sea, Irish Sea and the English Channel. 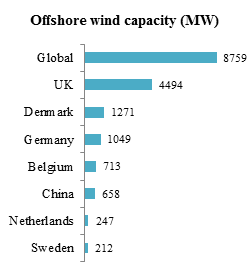 However, non European players such as China, Japan, South Korea and the US have also set ambitious targets for developing offshore wind energy. The United Kingdom, which is the largest offshore market for wind energy, has developed 4,494 MW and Denmark, the oldest market, has produced 1,271 MW.

According to experts, it is critical to plan wind energy projects in such a way that environmental damage impacts are minimal.

The noise emitted during pile driving (the process of driving concrete piles on the sea bed) can disorient marine animals. During operation, the turbines produce continuous underwater acoustic disturbance generated by vibrations in the gear box ( a mechanical arrangement of gears in the wind turbine).

Transmission cables connecting offshore wind farms (OWFs) with the shore create electric fields in the water which cause electromagnetic field disturbances. However, the negative impact of this is rated low at present and only a few studies have been conducted on this impact. OWFs also affect birds. The setting up of offshore wind turbines may affect birds in a number of ways. They can be at risk of collision, there can be short-term habitat loss during construction of wind farms, long-term habitat loss due to disturbance caused by turbine formation and damage to roosting and feeding sites.

Some studies suggest that OWFs may have positive impacts on aquatic life. OWFs create an artificial reef on the sea bed which increases the number of marine species. Another thing is that fisheries are excluded for safety reasons near OWFs. This is likely to increase the number of local species by reducing mortality rates of both target species and by-catch.