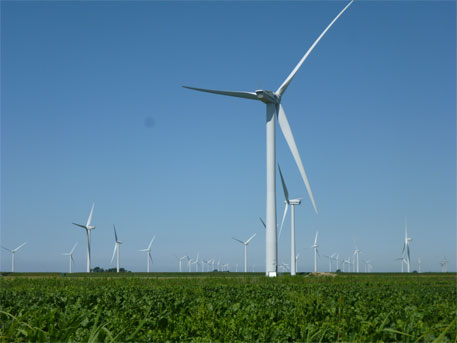 Renewable energy continued to grow in 2014 against the backdrop of increasing global energy consumption, particularly in developing countries, and a dramatic decline in oil prices during the second half of the year, according to REN21’s Renewables 2015 Global Status Report.

REN21 (Renewable Energy Policy Network for the 21st Century) is an international non-profit association based at the United Nations Environment Programme (UNEP) in Paris.

Despite rising energy use, for the first time in four decades, global carbon emissions associated with energy consumption remained stable in 2014 while the global economy grew, the report shows. This stabilisation has been attributed to increased penetration of renewable energy and to improvements in energy efficiency. The report states, “For the first time in 40 years, economic and CO2 growths have got ‘decoupled’ marking a record year for renewables.”

Renewable energy provided an estimated 19.1 per cent of global final energy consumption in 2013, and capacity and generation continued to expand in 2014. The most rapid growth and the largest increase in capacity occurred in the power sector, led by wind, solar PV and hydropower.

Growth was driven by several factors, including renewable energy support policies and the increasing cost-competiveness of energy from renewable sources. In many countries, large-scale renewables are broadly competitive with conventional energy sources. At the same time, growth continues to be tempered by subsidies to fossil fuels and nuclear power, particularly in developing countries.

Although Europe remained an important market and centre for innovation, activity continued to shift towards other regions. China led the world again in new renewable power capacity installations in 2014, and Brazil, India and South Africa accounted for a large share of the capacity added in their respective regions. An increasing number of developing countries across Asia, Africa, and Latin America became important manufacturers and installers of renewable energy technologies.

Renewables represented approximately 59 per cent of net additions to global power capacity in 2014, with significant growth in all regions. Wind, solar PV, and hydropower dominated the market. By year’s end, renewables comprised an estimated 27.7 per cent of the world’s power generating capacity, enough to supply an estimated 22.8 per cent of global electricity.

The heating and cooling sector has high potential, but growth in the sector has been slow. About half of total world final energy consumption in 2014 went to providing heat for buildings and industry, with modern renewables (mostly biomass) generating approximately 8 per cent of this share. Renewable energy was also used for cooling, a small but rapidly growing sector.

The transport sector was driven by biofuels with e-mobility growing rapidly.

Feed-in and Renewable Portfolio Standards (RPS) policies remain the most commonly used support mechanisms. Feed-in policies have been enacted in 108 jurisdictions at the national or state/provincial level. RPS policies are most popular at the state and provincial levels; they are in place in at least 27 countries at the national level and in 72 states/provinces.

Cities continued to lead the way, setting and achieving ambitious targets and helping to drive the trends of national and regional governments. By early 2015, several jurisdictions had 100 per cent renewable energy or electricity targets in place, with the vast majority of targets at the city or local level. Many municipalities have already achieved such targets.

Global investment in renewable energy and fuel in 2014 was $270 billion. Including hydropower, the investment figure stood at $301 billion. Off-grid solar PV attracted approximately $64 billion in investment in 2014. Of this, investment in India was $7.4 billion.

Distributed renewable energy is the way forward to achieving universal energy access. More than 1 billion people or 15 per cent of the global population still lack access to electricity. With a total installed capacity of roughly 147 GW, all of Africa has less power generation capacity than Germany.

Renewable technologies are playing a large role—via individual household systems and by powering a rapidly growing number of mini- and micro-grids—largely because renewables are cheaper and more convenient than conventional options.

Renewables have become vital elements of rural electrification and clean cooking policies in many countries. Peru was one of the first countries to prepare and implement a reverse auction for distributed renewable energy, finalising a contract in 2014. Several countries—including Chile, Myanmar and Sri Lanka—initiated new programmes in 2014 to expand energy access through renewables. Ecuador, Guatemala, Bangladesh and India launched initiatives to advance clean cooking. 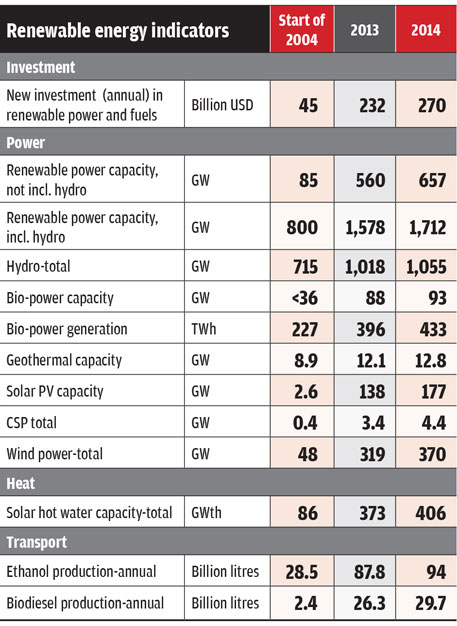 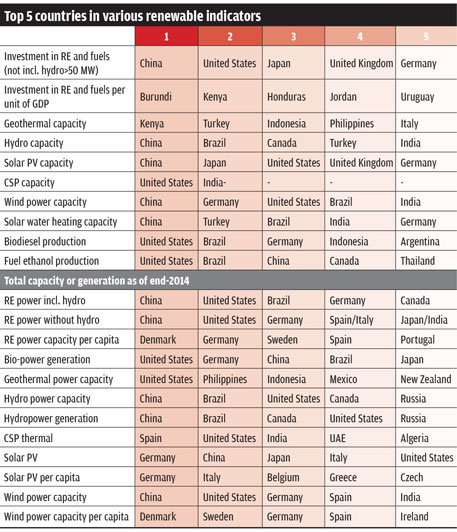