Costa Rica lights up with only renewable energy 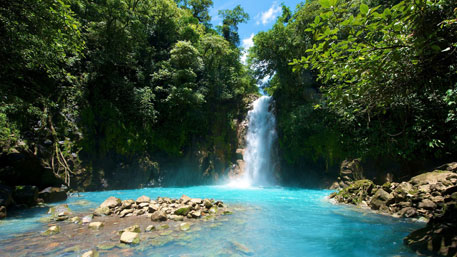 Costa Rica has achieved a milestone in clean energy by using only renewable sources non-stop for 75 days. Speaking about the achievement, government-owned Costa Rican Electricity Institute (ICE) said in a release, “The country was able to completely run on renewables such as wind, solar, biomass, geothermal and hydropower by completely eschewing fossil fuels.”

“During January, February and March so far, it has been unnecessary to use oil to fuel the country’s grid,” ICE said in its release.

No fossil fuel was burnt to generate electricity in the country since December 2014. This was made possible due to heavy rainfall during the first quarter of 2015 which helped to power the country’s four hydroelectric plants.

Costa Rica is a small country in Central America with a population of about 4.8 million. The country has a land mass of 5 million hectares. It has made tremendous progress in the field of renewable energy. Currently, 94 per cent of Costa Rica’s power supply is accounted for by clean energy sources.

This year, the greater chunk of clean electricity was sourced from hydroelectric plants which stood at about 68 per cent. Geothermal plants provided about 15 per cent, wind 5 per cent and solar and biomass contributed a little to the overall energy supply. Last year, hydropower supplied 80 per cent of the energy and geothermal constituted about 10 per cent.

Jake Richardson of CleanTechnica, a US-based news website, said it was important for the country not to depend too much on hydroelectricity.

“It’s a good news that more geothermal energy will be coming on board, as there are obvious downsides of being too reliant on hydropower, especially run-of-the-river systems, which can be hindered by seasonal changes in the water flow,” he told ScienceAlert, a leading publisher of scientific news.

“Droughts can also severely impact power supplies. And there are also some environmental downsides to hydroelectric dams…, namely the impact on riparian ecosystems and passing fish.”
Last year, the Costa Rican government approved a $958-million geothermal project. The country is also planning to make operational wind farms worth 100 megawatt and hydroelectric plants worth 40 megawatt.

“Costa Rica will lower its electricity rates on an average of 12 per cent from April because it has met the demand this year almost entirely with renewable energy,” the state utilities regulator said last week.

Altogether, 1.5 million households and businesses are expected to receive concessions ranging between 7 and 15 per cent in power bills the next quarter. ICE has predicted that thermal generation could drop to 7 per cent of the total electricity generation in 2015, saving nearly $40 million for the country.

The transition to renewable energy has been part of Costa Rica’s intention to be carbon neutral by 2021, a decision which was announced in 2009. In 2010, the World Future Society recognised Costa Rican policies for preserving natural spaces and awarded it with the Future Policy Award.

In a bid to increase green cover, Costa Rica pays landowners to plant trees and preserve old-growth forests. This has helped the country to expand its forest cover from 24 per cent in 1985 to 46 per cent in 2010.