Besides generating rooftop solar power, it has taken measures towards efficient energy usage on government buildings 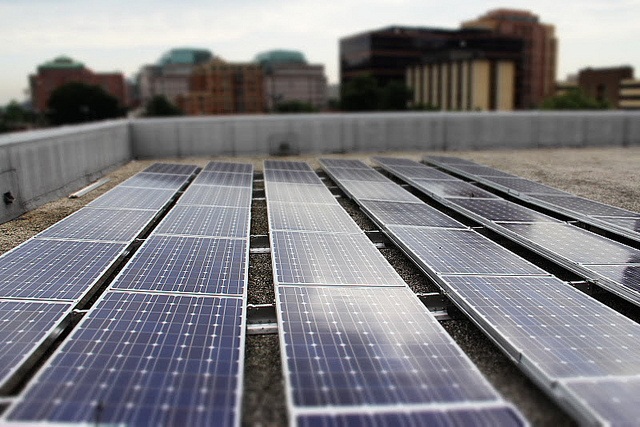 The Central Public Works Department (CPWD) will generate 42.50 megawatts (MW) of solar power through grid connected rooftop solar systems on all government buildings across the country. The first phase of the project will be completed by May, 2016.

As part of this green initiative, the CPWD had earlier signed a memorandum of understanding with the Solar Energy Corporation of India for installing grid connected solar systems on rooftops of government buildings.

Under phase 1 of the project, 10 MW solar power will be generated by May in the following states (see chart).

Secretary of Urban Development Madhusudhan Prasad has directed the CPWD and the SECI to install net metering systems on all government buildings on which solar plants will be commissioned. It is estimated that the initiative will save cost worth Rs 13 crore per year.

As part of its 3 MW quota, the Delhi government has already installed 1.5 MW solar panels on six  government buildings, generating 286,100 kwh of power and resulting in energy cost saving worth Rs 11.50 lakh.

Keeping this in view, it will replace inefficient lighting systems with LED bulbs and old air-conditioning systems to five-star rated systems approved by the Bureau of Energy Efficiency.

These measures will result in power generation worth 11.41 crore kwh and save energy worth Rs 103 crore per year.

The Centre has set a target of generating 1 lakh MW solar power by 2022 of which, 40,000 MW is targeted for rooftop grid-connected solar systems. This target has been further split up.

To achieve this mammoth target, the Cabinet recently raised the budget for rooftop solar systems from Rs 600 crore to Rs 5,000 crore over a period of five years (up to 2019-20) under the National Solar Mission.