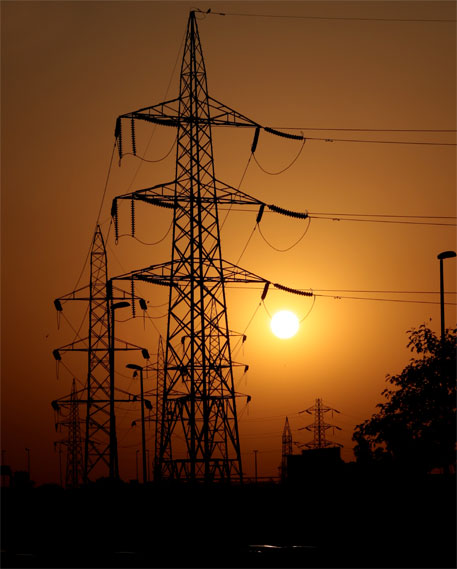 The domestic (household) sector is the biggest guzzler of electricity in Delhi, says an analysis by Delhi-based non-profit Centre for Science and Environment (CSE).

According to the newly released report of the Central Electricity Authority (CEA) on Load Generation Balance Report 2015-16, Delhi consumes more electricity than the states of Himachal Pradesh, Jammu and Kashmir, Uttarakhand, Chhattisgarh, Goa, Kerala, Bihar, Jharkhand, Odisha, Sikkim and all states of the North East. It also uses more power than all other metros put together.

Already, in Delhi, the household electricity consumption per capita is about 43 units per month against a national average of 25. Currently, domestic power tariff in Delhi is the lowest amongst all metros.

Anumita Roychowdhury, CSE’s executive director of research and advocacy, says, “While the AAP government in Delhi is only concerned with increasing electricity supply and subsidising consumption, it has not paid attention to the urgent need to also reduce consumption with controls and energy pricing. This is imposing enormous environmental and economic costs.”

She adds, “While it is important to improve energy access for all, especially the poor, steps are also needed to promote prudent and sustainable consumption of electricity.”

The AAP government gives power subsidy of 50 per cent for monthly consumption up to 400 KWh. Delhi’s average consumption is only about 181 Kwh, and nearly two-fifths of the households consume less than 100 KWh per month. The subsidy, thus, allows comfortable use of a number of appliances like air conditioners and cushions substantial household energy costs.

The CSE analysis also showed that Delhi’s peak demand has doubled in the last 10 years, growing faster than the population of the city. It registered an all-time high peak demand in June last year at 6,006 MW. This demand was higher than the combined highest ever peaks of Mumbai, Kolkata and Chandigarh. CEA projects Delhi’s peak will cross 6,300 MW this year and 12,000 MW by 2021.

CSE also observed that the day peak builds up late in the afternoon around 3.30 pm and the second peak hits around midnight. There was barely any difference between night and day peaks during the month of May. For example, on May 24, while the day peak demand was 4,667 MW, the night peak demand was 5,091 MW. The night demand was either higher or differed by 1 to 4 per cent. This, when at midnight, all commercial consumers—offices and retail—are closed.

Avikal Somvanshi, senior research associate with CSE’s sustainable buildings programme, says, “It is the air conditioners in homes that skew the demand at night. This trend is starkly opposed to the trend in most other metros when demand during the night is lower than daytime as power-intensive sectors like industries, shops, offices and malls are closed.”

The 68th Nation Sample Survey of Household Consumption of Various Goods and Services in India found that in 2012, about 412 out of every 1,000 households in urban Delhi owned an air conditioner or air cooler as compared to the national average of 77. The survey noted that while ACs accounted for only 15 per cent of the national average, in metro cities their share can be as high as 60 per cent.

AC sales have been growing at a healthy 8 to 10 per cent annually and the industry is expecting it would accelerate to 15 to 20 per cent in coming years. Nationally, energy demand from ACs is expected to increase 10 times by 2030.

Among measures to reduce energy consumption, CSE recommends that Delhi government must introduce a mandatory energy audit and consumption-based energy billing to improve operational efficiency of all buildings. It must also make it obligatory for all buildings to publicly disclose the data on annual energy usage along with the built-up area.

CSE says that both the Delhi and Central governments must provide incentives for green buildings to developers. These incentives must be linked with stringent benchmarks and quantifiable energy performance targets must be set for different building typologies to reduce overall energy intensity and consumption over time.