The superpower blasts of radio waves, ascribed to sources ranging from alien ships to colliding black holes, are actually generated by dead stars known as magnetars 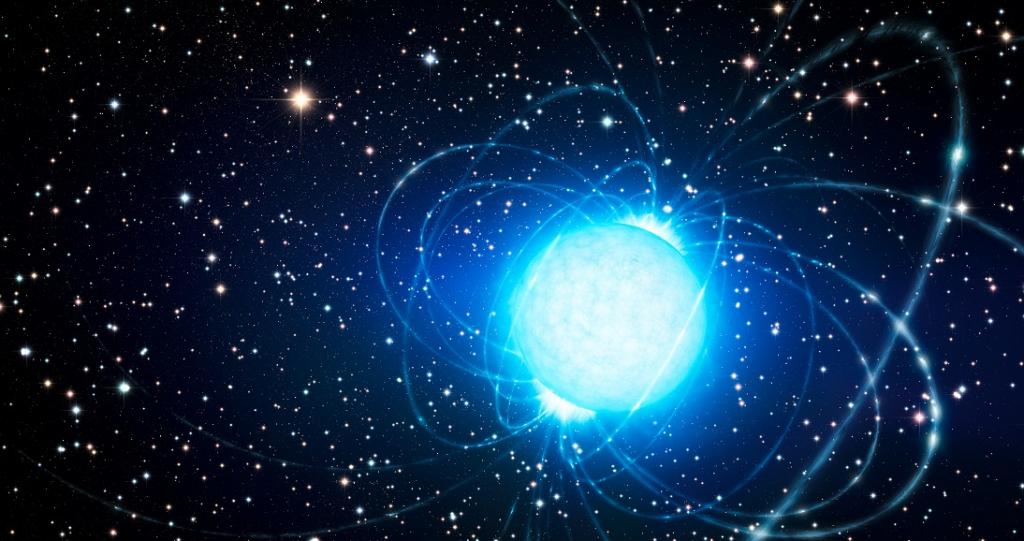 An artist's impression of a magnetar. Photo: Wikimedia Commons

Intense pulses of radio waves known as fast radio bursts (FRB) that have been frequently detected in other galaxies, have now been found in the Milky Way, new studies have shown.

FRBs were first discovered in 2007 and there are still many gaps in information regarding them. A number of theories have been suggested about the causes of FRBs including alien starships and colliding black holes.

Many theories have also suggested that FRBs are caused by neutron stars, that are the corpses of stars which died in explosions called supernovas.

The latest studies, published in a recent edition of the journal Nature have now confirmed that FRBs are in fact generated by a rare type of neutron star known as a ‘magnetar’.

Magnetars are the most powerful magnets in the cosmos. Their magnetic fields are 5,000 trillion times more powerful than that of the Earth.

The latest studies reported that two radio telescopes, one in the United States and the other in Canada detected a FRB on April 28 this year. It was named FRB 200428.

The source of the FRB was traced to a magnetar known as SGR 1935+2154, located about 30,000 light-years from the earth. It lies in the centre of the Milky Way, in the constellation Vulpecula.

The FRB generated by this magnetar was so powerful that it emitted as much energy in one millisecond as the sun does in 30 seconds, according to the scientists.

The FRB was not only the closest such signal ever recorded near the Earth. It was also 3,000 times brighter than any other magnetar radio signal detected till now.

The scientists also concluded that most FRBs in other galaxies also were generated by magnetars.