With more and more reports revealing shocking numbers of deaths due to air pollution, subsidies on energy are under scanner 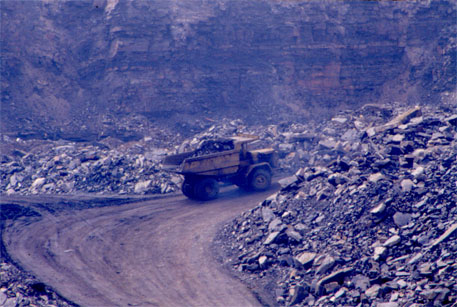 Latest estimates published by the International Monetary Fund (IMF) have projected the total global energy subsidies at US $5.3 trillion. This number, mentioned in the most recent set of figures, is more than double of what was predicted by the IMF in 2011. The number also amounts to about 6.5 per cent of the global GDP. The number is higher than the total global government expenditure on healthcare, which the World Health Organization (WHO) estimates as comprising six per cent of the global GDP.

Energy subsidies have been defined by the IMF as the difference between what consumers pay for using energy and the “true costs” of producing that energy plus the government taxes subject to energy usage. The “true costs” include supply costs borne by the producer and the costs of damage to health and environment due to energy consumption. Energy consumption has been in focus in recent years due to rising concerns over global warming and the detrimental impacts of fossil fuel utilization on health.

The issue of energy subsidies is more important as fossil fuels have been stronglt linked to CO2 emissions and high levels of air pollution. A 2014 report by the WHO estimated that a total of seven million people had died from exposure to air pollution in 2012. This number corresponds to one in eight deaths globally.

The latest set of estimates on energy subsidies released by the IMF has classified subsidies as pre- and post-tax subsidies. While pre-tax subsidies refer to the concessions afforded to people and companies on the expenditure to supply energy, post-tax subsidies are the environmental, health and other costs associated with energy consumption that are typically harder to measure. Post-tax subsidies also reflect the benefits of value added taxes or sale taxes depending on the region and country.

According to IMF, pre-tax subsidies added up to a total of US $542 billion (0.7 per cent of world’s GDP  in 2013 but are projected to fall to US $333 billion (0.4 per cent GDP) in 2015 on grounds of declining energy prices which have only partially been forwarded to the consumer as governments regulate oil prices. Pre-tax subsidies in 2011 had been estimated at US $492 billion (0.7 per cent GDP). Meanwhile, the post-tax subsidies, by comparison, have been estimated at a massive US $4.9 trillion (6.5 per cent GDP) for the year 2013 while projections for 2015 are slated at an even higher $5.3 trillion (6.5 per cent). The disparity with respect to the US $2 trillion estimate that was set for 2013 by the IMF in their 2011 report has been explained through the cumulative inclusions of inflation and income growth (40 per cent), country-specific environmental damage, air pollution and traffic congestions (30 per cent) and erstwhile unknown damages (15 per cent). The final 15 per cent is accounted for by incorporating new evidence put forth in the 2014 WHO report linking air pollution to various diseases.

Coal has been shown to be the most inefficient among major energy sources included in the report. At US $2 trillion or 2.7 per cent GDP, it accounted for 40 per cent of the global total post-tax subsidies at for 2013 and has been projected to reach US $2.5 trillion in 2015 (3.1 per cent GDP) through local pollution and carbon emissions. This is reflected in the fact that “emerging and developing Asia” where high levels of coal continue to be in use, accounted for about half of the total post-tax subsidies in 2013. Energy subsidies in the region amount to more than 16 per cent of the GDP on an average.

The authors of the report have underlined the urgent need for country- and region-specific reforms in energy pricing to more effectively reflect and tackle the costs of energy consumption.