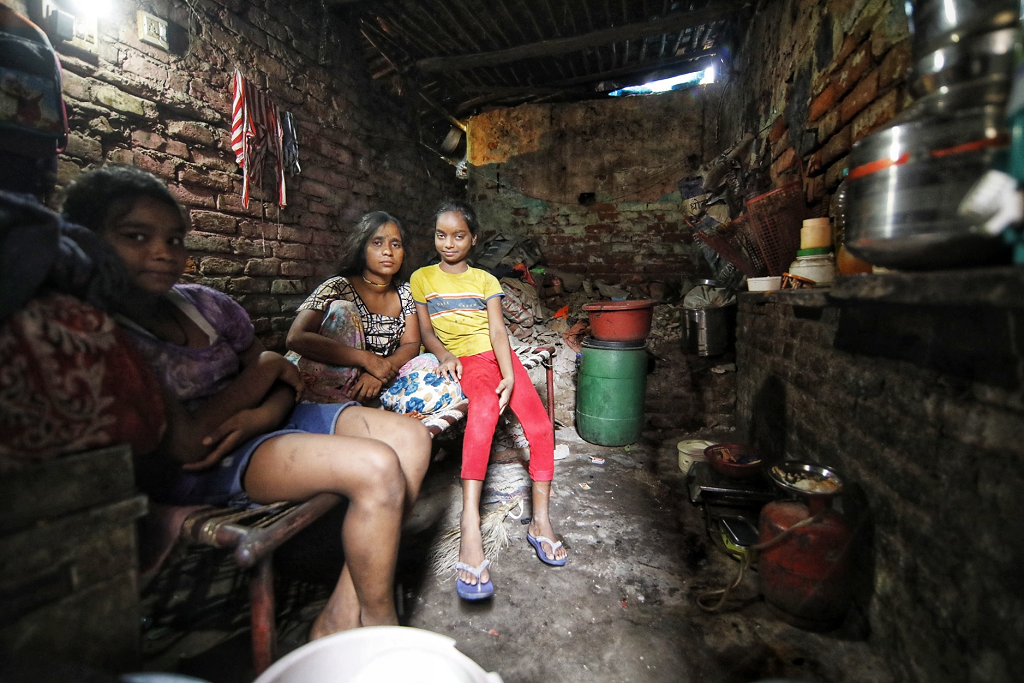 Asha, is a beggar and a widow with three children. She uses both fire wood and a small gas cylinder for cooking, but gets it filled illegally for Rs 50. Photo: Vikas Choudhary

The continuous rise in the prices of liquified petroleum gas (LPG) has made it inaccessible for the poor masses.

Despite the Pradhan Mantri Ujjwala Yojana (PMUY) scheme launched in 2016 to promote clean cooking fuel, a ground report in east Delhi by Down To Earth found several slum dwellers still depend on cheaper but polluting options.

The hike has put a hole in the pockets of the poor in urban areas struggling to make ends meet. When the scheme was first launched, a cylinder was offered to beneficiaries at just Rs 419.15.

Union finance minister Nirmala Sitharaman had announced a Rs 200 subsidy in May 2022. The shot in the arm will be applicable for up to 12 cylinders to the nine lakh-odd beneficiaries of the PMUY scheme, particularly women, she said.

On June 2, 2022, secretary to Ministry of Petroleum & Natural Gas, Pankaj Jain had confirmed that no subsidy was paid on cooking gas since June 2020. The only subsidy is the one announced by Sitharaman on March 21.

How does the Ujjwala scheme work?

A cylinder, regulator and hose pipe amounting to Rs 1,600 were given free of cost under PMUY, Chandra Prakash, president of All India LPG Distributor’s Federation, told DTE.

“However, the gas and hotplate (burner) were not free, amounting to Rs 1,450. This amount was a loan to the beneficiaries,” he said.

Beneficiaries did not get the subsidy earlier because it was being adjusted in their loan amount, Prakash added.

“Depending on the market rate, the general public was given a subsidy. This was offered to the poor beneficiaries too and was deducted against their loan amount after every refill,” he further said.

After the launch of Ujjwala 2.0 in August 2021, the loan amount was waived, but there was still no subsidy on refilling, he added.

The Ministry of Petroleum and Natural Gas claims that 13,523,557 people have been awarded connections under Ujjwala 2.0 as of July 4, 2022. The government also claims 93,436,689 connections have been released under the earlier PMUY scheme.

While it is established that many Indians, particularly in rural India, still use firewood, coal, cow dung and crop residue as cooking fuel, this DTE ground report presented a different picture than the one painted by the government of hitting milestone subscribers.

Some residents of an illegal settlement camp in the National Capital Region’s Ghaziabad have availed of an LPG connection but are struggling to refill it regularly. The camp is located on the floodplain of the river Yamuna.

Naresh, a farmer in his thirties, grows seasonal vegetable crops on the fertile floodplains. He complained that the cost of refilling the cylinder went up by a few hundred rupees in just a matter of months.

While he received the cylinder free of cost six months ago, Naresh is already contemplating moving back to unclean cooking fuels.

Naresh and his wife are completely unaware of any reimbursement. The father of three earns Rs 7,000-8,000 a month.

“My earnings can barely support my family. I might be forced to switch to wood for cooking completely,” he said.

These migrants from Budaun village in Uttar Pradesh use LPG sparingly, depending on the weather. When it rains, they can’t cook food outdoors using wood — the go-to cheaper alternative that is a major contributor to air pollution.

For lack of choice, they use fuelwood indoors sometimes, exposing them to fine particulate matter PM 2.5.

In rural India, fuelwood is sourced from forests. However, these slum dwellers source wood waste from a local furniture market for a nominal fee.

Another farmer from the settlement, Ramnivas (35), says that a bulk 100 kg of wood waste costs Rs 300 and lasts for an entire month or more. “We get it from Kotla market’s furniture manufacturers and sellers,” he said.

Ramnivas says if the cost of LPG cylinders had stayed around Rs 500, close to the price at which the scheme was introduced, it would have been more affordable.

The scheme’s beneficiaries were intended to be Scheduled Caste/Scheduled Tribe people, among other marginalised communities like Other Backward Classes. But these marginalised Indians with available documentation are yet to reap its benefits.

Under the PMUY, ninety million LPG connections have been awarded till now.

However, according to a Right to Information (RTI) filed by several oil companies last year, 90 lakh could not refill their cylinders even once and 1.08 crore made only one refill in 2021-22.

A case in point is the residents of Block 18, Kalyanpuri, a slum in east Delhi on the Delhi-Ghaziabad border.

The slum is home to migrants from the Gond Adivasi community from Maharashtra who moved here 30 years ago.

Some of the women who DTE spoke to said that despite possessing Aadhaar cards, officials insisted on their husband’s or father’s identity proof too.

Many applications have been delayed as a result, the women said, calling the system “rigged”.

In exchange for working in the timber market at the closeby Khichripur as waste pickers, some said they take 4 or 5 kg of wood waste back home to use as cooking fuel.

Gangotri, in her 30s, is the sole breadwinner of her family. She used LPG for a month or two as a beneficiary before it ran out last month. “The wood may be free, but it costs Rs 50 to transport it by an autorickshaw,” she added.

Asha, also in her 30s, begs for a living in Lakshminagar. The widowed mother of three also gets timber waste for free from the Khichripur market.

She also sometimes cooks with a small cylinder inside her shanty. “I can’t afford proper refills, so I go to a nearby station to get it refilled for as low as Rs 50,” she said.