The South African government has made visible strides to diversify energy sources. 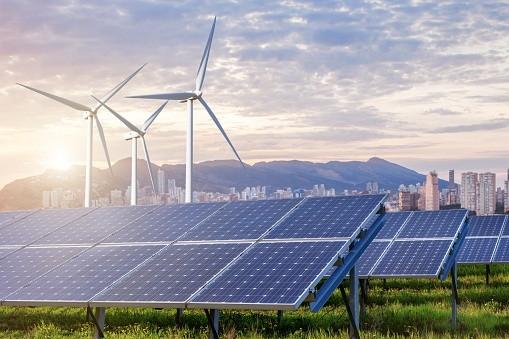 Energy is an economic driver of both developed and developing countries. South Africa over the past few years has faced an energy crisis with rolling blackouts between 2008 and 2015. Part of the problem has been attributed to mismanagement by the state-owned utility company Eskom, particularly the shortcomings of maintenance plans on several plants.

But South Africa has two things going for it that could help it out of its current crisis. By developing a strong nanotechnology capability and applying this to its rich mineral reserves the country is well-placed to develop new energy technologies.

The South African government has made visible strides to diversify energy sources. These include the MetroWind project in the Nelson Mandela Bay Municipality and the Solar Farmin De Aar. The introduction of additional nuclear power stations is also another example, despite being highly controversial.

But more needs to be done.

Nanotechnology has already shown that it has the potential to alleviate energy problems. Nanotechnology is described as the manipulation of matter at an atomic, molecular and supramolecular scale.

It can also yield materials with new properties and the miniaturisation of devices. For example, since the discovery of graphene, a single atomic layer of graphite, several applications in biological engineering, electronics and composite materials have been identified. These include economic and efficient devices like solar cells and lithium ion secondary batteries.

Nanotechnology has seen an incredible increase in commercialisation. Nearly 10,000 patents have been filed by large corporations since its beginning in 1991. There are already a number of nanotechnology products and solutions on the market. Examples include Miller’s beer bottling composites, Armor’s N-Force line bulletproof vests and printed solar cells produced by Nanosolar – as well as Samsung’s nanotechnology television.

The government has spent more than R450 million in nanotechnology and nanosciences research since 2006. For example, two national innovation centres have been set up and funding has been made available for equipment. There has also been flagship funding.

The country could be globally competitive in this field due to the infancy of the technology. As such, there are plenty of opportunities to make novel discoveries in South Africa.

There is another major advantage South Africa has that could help diversify its energy supply. It has an abundance of mineral wealth with an estimated value of US$2.5 trillion. The country has the world’s largest reserves of manganese and platinum group metals. It also has massive reserves of gold, diamonds, chromite ore and vanadium.

Through beneficiation and nanotechnology these resources could be used to cater for the development of new energy technologies. Research in beneficiation of minerals for energy applications is gaining momentum. For example, Anglo American and the Department of Science and Technology have embarked on a partnership to convert hydrogen into electricity.

The Council for Scientific and Industrial research also aims to develop low cost lithium ion batteries and supercapacitors using locally mined manganese and titanium ores. There is collaborative researchto use minerals like gold to synthesize nanomaterials for application in photovoltaics.

A photovoltaic device has the ability to harvest light and convert it to an electrical current. But to be sustainable, the technology needs to be developed taking into account South African climatic conditions.

The current photovoltaic market relies on importing solar cells or panels from Europe, Asia and the US for local assembly to produce arrays. South African UV index is one of the highest in the world which reduces the lifespan of solar panels. The key to a thriving and profitable photovoltaic sector therefore lies in local production and research and development to support the sector.

South Africa has a real opportunity to kill two birds with one stone. The country can reinvent the now seemingly frail mining sector through beneficiation. It can also create a new sector encompassing energy production through photovoltaics and energy storage through batteries. This will not only cater for all our energy needs but also create new jobs.