Is SECI offering too much support to slowing solar sector? 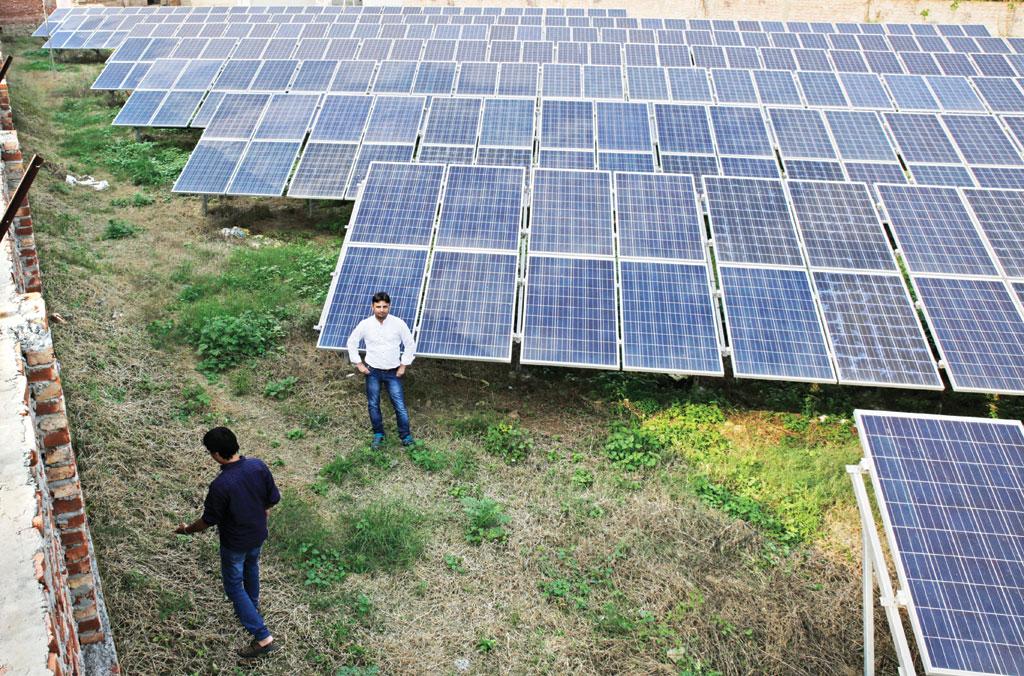 India has a target of installing 100GW of solar power plants by 2022 under the National Solar Mission (Photo: Vikas Choudhary)

There is a strong possibility that the Union Ministry of New and Renewable Energy (MNRE), in its attempt to revive the slowing solar sector and achieve its ambitious targets, could be pushing the sector towards doom. In 2011, when MNRE established the Solar Energy Corporation of India (SECI), its aim was to facilitate the implementation of the National Solar Mission (NSM) that has set an ambitious target of deploying 100 gigawatt (GW) of grid connected solar power by 2022. To make this possible, the government has over the years transformed SECI from a unit that manages distribution of solar subsidies into a major trader of solar power (see ‘Changing roles’, p21). While this has infused new vigour among developers of solar parks, experts say in the process of becoming a power trader, SECI is assuming responsibility for the entire sector, which could be risky for its stability.

A major enhancement in SECI’s role came around 2014, when the government expanded the initial target of NSM from 22 GW to 100 GW. Soon after, a Cabinet order turned the administrative unit into a for-profit body and SECI started signing long-term (25-year) power purchase agreements (PPAs) with solar park developers and selling the power to state-owned discoms (electricity distribution companies) at a nominal premium.

SECI entered the market at a time when several solar projects across the country were getting stalled due to poor financial state of discoms. In 2015-16, a 1.2 GW solar project in Jharkhand was scrapped because the state discom wanted the developer to reduce the bid cost after the PPA was signed because the offer price was higher than the prevalent rates. In 2017, an auction in Tamil Nadu had to be stalled after only a handful of developers turned up.

Little wonder, since SECI started power trading in 2015, it has signed PPAs with developers in over 10 states. In fact, almost 95 per cent of its Rs 580 crore revenue in 2015-16 came from trading solar power. “The plan is to continue to grow our power trading and end-to-end project development and consulting business,” says Shailesh Gupta, additional general manager, finance, SECI. The agency has also recently expressed interest in holding auctions for 10 GW of solar power projects on water bodies and 20 GW for indigenous solar manufacturers in the next two years, where it is likely to sign PPAs.

Senior government officials in the renewable sector say the reason developers prefer SECI over state discoms is that it is perceived as an arm of the union government and comes with inherent guarantees. Besides, the Centre has floated a Payment Guarantee Scheme (PGS) with a corpus of Rs 500 crore to be used in case a discom defaults. Since the corpus can offset delays by a few discoms for a few months, this has boosted the confidence of developers.

“Insulating developers from discom risk is a good idea. But it can inhibit the industry from standing on its own feet,” says Aruna Kumarankandath, manager, Renewable Energy Programme of Delhi-based non-profit Centre for Science and Environment.

Besides, SECI’s finances are not to the scale of the business they have undertaken. Its cash balance for 2015-16 was Rs 380 crore. In contrast, total power billed in 2016-17 from the close to 1 GW operational solar plants SECI has PPAs with was Rs 1,100 crore. This means, SECI is shouldering the liabilities, even when it does not have its own finances to act as cushion if a discom defaults. “In case of a crisis, the Centre may have to bail out SECI with taxpayers’ money,” says Kumarankandath.

SECI’s enhanced role has already contributed to the lowering of solar prices to levels that are unsustainable. Prior to the increased targets of NSM in 2014, state nodal agencies were responsible for bulk of the solar auctions. However, with NSM taking centerstage and SECI’s enhanced role, no state nodal agencies have held their own solar auctions since 2016.

Developers, desperate for projects, are bidding aggressively and lowering their bid tariffs. “SECI is able to attract better tariffs in its bids since it is seen as a Union government entity and a reliable counter party,” says Upendra Bhatt, managing director of cKinetics, a renewable energy consulting firm in New Delhi. He adds that developers would want a PGS-like guarantee scheme when directly signing PPAs with state discoms.

As a result, the fall in tariffs might not be proportional to all the prevalent risks in the market. “Auctions have become far and few between. So the developers are desperate to win projects and put their investment to work and keep their staff busy,” says Raj Prabhu, CEO and co-founder, Mercom Capital Group, a renewable energy consulting firm in Bengaluru. “They are willing to sacrifice returns to win projects. There is no guarantee that these bids will be viable; everybody is taking a chance and hoping for the best,” he adds.

This is worrying because the solar sector is still volatile and a small shift in the market, even due to factors such as anti-dumping duties imposed on Chinese module manufacturers and unfavourable GST slabs, might increase the production cost of the developers, who are already reducing their prices to bag auctions. “These developments threaten the long-term sustainability of the market and question the very premise that hailed the success of the solar auction regime—the industry’s growth in India is market-driven and not beholden to monetary assistance from the government,” says Kumarankandath.

Another issue is that SECI’s growing PPAs obligations might lead to excessive power purchasing commitments. State discoms already have PPAs with coal power plants and if they increase the share of solar in their power mix, they will have to pay a penalty to coal plants for not utilising the entire quota. This is an additional cost that discoms will be unwilling to bear, especially given their financial standing.

SECI has recently been given the additional responsibility to play a similar role of power trader in the wind sector, but the Centre needs to address the issues before the body takes the final step. Otherwise, the move might backfire.

(This article was first published in the 16-31th issue of Down To Earth, under the headline, 'Blinded by the light').