With the new technology, the layer can be extracted and transferred to other substrates depending on the application 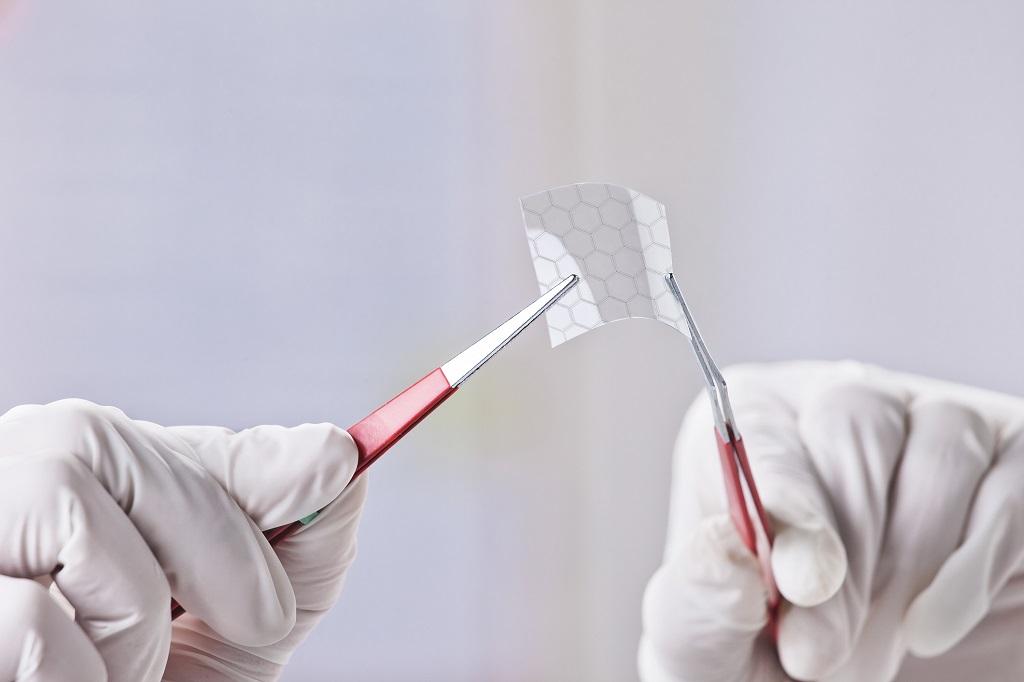 Graphene, a recently discovered wonder material, is increasingly sought after for its superior electrical, thermal, optical and mechanical properties. It is used in the manufacture of optoelectronic devices such as detectors, sensors and solar cells.

It is made up of one-atom-thick, honeycomb-like structure of carbon atoms. A significant challenge faced by scientists is the fabrication of large-area graphene sheets for devices. Finding a ‘green’ source for the carbon atoms is another hurdle.

“Camphor is a plant product with abundant carbon elements required to derive graphene. All it needs is restructuring — breaking and making of chemical bonds — of the carbon atoms. So we explored the possibility and achieved this rearranging of elements of camphor to get graphene mono-layers,” said Indrajit Mukhopadhyay, lead researcher at the Pandit Deendayal Petroleum University, while speaking to India Science Wire.

The study results have been published in journal ACS Omega.

Camphor was subjected to thermo-chemical process called pyrolysis and then deposited by chemical vapour deposition technique on a commercially available 25-micron thick copper foil. Camphor was heated and its vapours were sent into a tubular furnace and heated further to 10-20 degree Celsius. The vapour was then treated with nitrogen and hydrogen gases to eliminate unwanted components of camphor.

Copper was used as substrate since carbon has negligible reactivity to it. Moreover, copper itself acts as a catalyst for restructuring of carbon atoms, which were deposited in a mono-layer over 1inch x 1inch foil.

The novelty of the method lay in the recoverability of the graphene sheet. “With our technology, the fabricated graphene layer can be extracted and transferred to other substrates depending on the application,” added Mukhopadhyay.

Once the graphene layer is developed on the foil, copper can be removed by chemical methods, leaving behind a pure monolayer of graphene. This layer can be suspended in a solvent and transferred to other substrates like aluminum, silica or a polymer, as per the device requirements, he explained.

The graphene sheets were subjected to rigorous laboratory tests to evaluate the structural and morphological parameters. The results established its uniformity and robustness. “We have further demonstrated its use by utilising it in a highly sensitive infra-red detector”, he said.