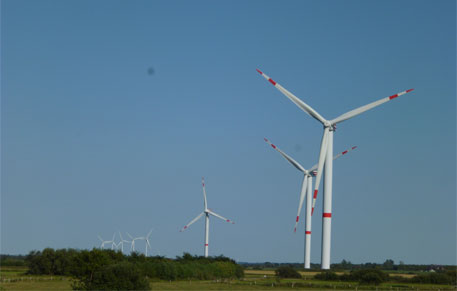 Massive increase in renewable energy capacity can help countries achieve the goal of keeping global temperature rise up to 2 degrees Celsius, beyond which the consequences of climate change will be dangerous.

This was the idea floated during the Technical Expert Meeting (TEM) on renewable energy at the Bonn climate change conference in Germany.

Participants discussed the potential of renewable energy as one of the mitigation measures for tackling climate change before 2020. The objective of TEM is to assist in advancing the implementation of better policy options and technologies.

She added, “164 countries across the globe have national level targets related to renewables, representing various policy designs. More than half of the capacity additions in power generation last year have been in (the) renewable energy (sector) and this trend is true of both the developed and the developing worlds.”

To ensure that we maintain this trajectory, nations need to have a long-term commitment towards this goal and support the investments with strong and stable policy framework, Kallhauge said.

IRENA is an inter-governmental organisation that supports countries in making their transition to sustainable energy sources.

A Paris-based think-tank, Institute for Sustainable Development and International Relations (IDDRI), also presented its study. Thomas Spencer, programme director of climate, IDDRI, said, “Deep decarbonisation of global energy systems is technologically and economically feasible, but requires an immediate and strong action. We are now seeing the fruits of policies of the last few years. But the timeframe to act is getting shorter.”

According to him, energy efficiency, decarbonisation of electricity and fuel-switching in case of transportation are the three ways to achieve the transition.

Ed Cameron of We Mean Business, a coalition that supports influential businesses and investors transit to a low carbon economy, said, “Renewable energy is not just financially feasible, it is also financially beneficial. In this assessment, we fail to see the risks associated with deployment of fossil fuels for power generation.”

The call for action was, however, missing from TEM. It presented how different countries can promote and build upon renewable energy while recognising that there are challenges. But it failed to show how the United Nations Framework Convention on Climate Change (UNFCCC) can address these challenges.

Indian delegate P C Maithani, director, Ministry of New and Renewable Energy, said, “The Article 4.5 (of UNFCCC) mandates technology transfer from developed countries to developing countries, but it fails to address the costs of intellectual property rights and licences that have to be bought to use these technologies.”

Advance capital required for building or adding on to the renewable energy sector is one of the biggest hurdles that most nations face today. Maithani and his counterpart from Chile highlighted that countries can do little when it comes to the cost of capital and exchange rate protection if money is borrowed from international banks and funds. The cost of capital is important as it shows that while solar power is cheap in China, in India developers have to pay interest in double digits.

Hussein Alfa Nafo, the delegate from Mali, was the only one who presented a model of renewable energy partnership proposal that addresses all issues and calls for worldwide cooperation and resource mobilisation at the earliest.

There is hope for the renewable energy sector and it can look forward to investments from both private and public parties. But the progress has to be made now. Marion Canute, a freelance journalist working for Deutsche Welle, Germany’s international broadcaster, said, “Renewable energy is a tangible positive of climate change.”

A world of renewables: global atlas for renewable energy