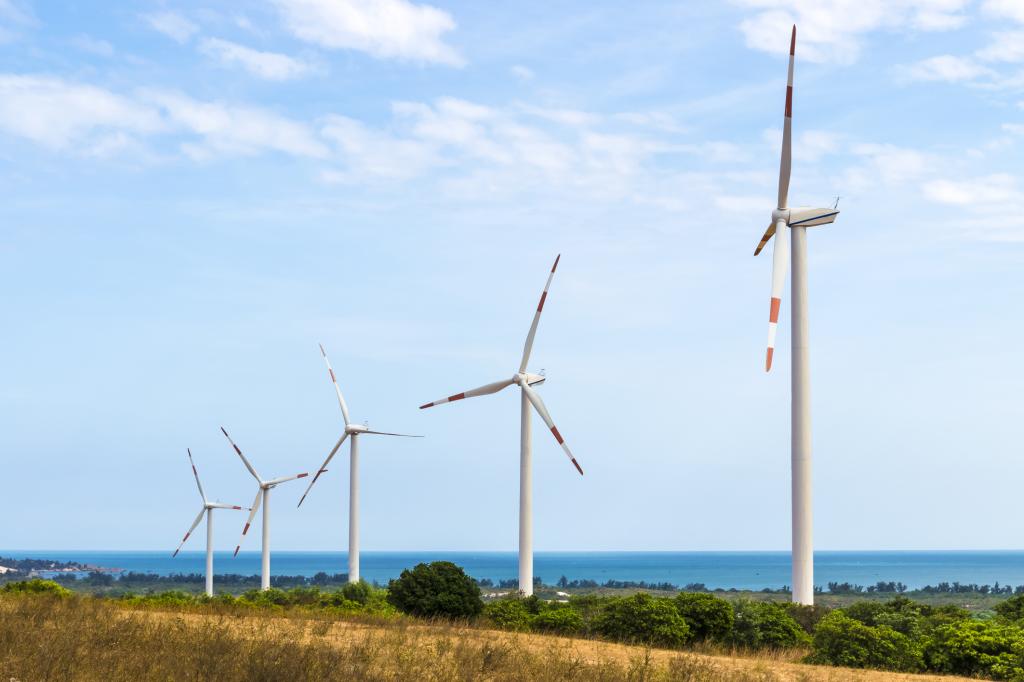 India’s renewable energy capacity addition in 2020 declined by more than 50 per cent since 2019, primarily due to construction delays brought on by the novel coronavirus disease (COVID-19) pandemic, according to International Energy Agency’s (IEA) Renewable Energy Market Update. The challenges of integrating renewable energy into the grid also acted as an impediment.

The country, however, may set new records for renewable energy capacity expansion in 2021 and 2022, since the delayed projects from previous competitive auctions have been commissioned.

Photovoltaic (PV) capacity addition is expected to be three times in 2021 compared with 2020, as delayed large-scale utility projects become operational, the report said.

Globally, annual renewable capacity additions increased 45 per cent in 2020 to almost 280 gigawatt (GW). It is the highest year-on-year rise since 1999, according to IEA.

This has been attributed mainly to capacity expansion for solar and wind energy, which amounted to 135GW and 115GW respectively. A 20GW capacity of hydropower and about 10GW of other renewable energy, led by bioenergy, also contributed to the growth, the report noted. 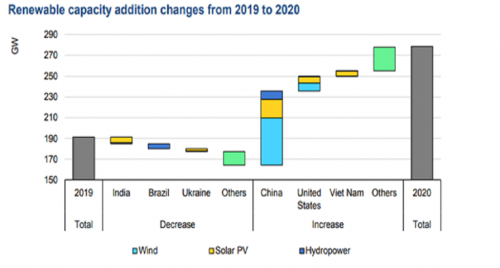 The Government of India awarded 27 GW of photovoltaics in central and state auctions in 2020, which is expected to drive growth in solar energy capacity this year and the next.

But distributed PV expansion (residential installations) remained sluggish due to administrative and regulatory challenges in multiple states, IEA noted. This was also flagged in the State of India's Environment Report, 2020 by the Centre for Science and Environment (CSE), a Delhi-based non-profit.

IEA has raised concerns over the financial health of power distribution companies (discom) too.  It remains the primary challenge to renewable energy deployment in India. The central government proposed reforms worth $41 billion (around Rs 3 lakh crore) to improve discom operations.

Solar installed capacity addition in 2021-22 has been projected to be on recovery path, primarily based on the post-COVID-19 (1st phase) recovery and basic customs duty of 40 per cent holiday till April 2022, which leads to lots of import procurements been initiated. But with the sudden onset of severe Covid 2nd wave in India, the actual implementation would miss its projection. The very neglected solar rooftop segment got some positive vibe due to the discom reform programme announced in this budget. Its impact may not be visible within this financial year.

The second wave of COVID-19 infections in April 2021 has created a short-term forecast uncertainty for the year.

New installations in China, the United States, Vietnam and various European nations, especially in December 2020, have led to this surge, said the IEA report. China alone was responsible for over 80 per cent of the increase. This was primarily due to onshore wind and solar projects commissioned under the former feed-in tariff scheme and awarded in previous auctions being connected to the grid by the end of 2020.

In the US, wind developers rushed to complete their projects before the expiration of the production tax credit, although it was extended for another year. In Vietnam, phase-out of the feed-in tariff for solar PV projects led to an unprecedented rush in commercial and residential installations. 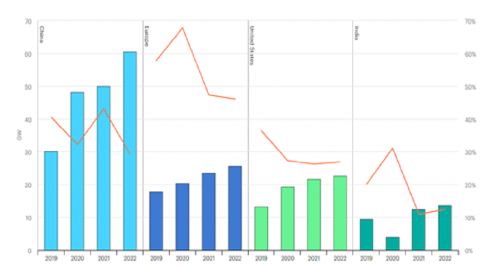 The report predicted that solar PV additions will be 50 per cent higher than pre-pandemic level of 2019 but market for roof-top solar panels may decline.

Globally, the growth is most likely to be sustained as 270GW of renewables is likely to become operational in 2021 and 280GW in 2022, according to IEA.

Around 90 per cent of the new power capacities across the world in 2021 and 2022 will be of renewable energy.

Amongst these, solar and wind energy will continue to dominate. The hydroelectric capacity is estimated to reach 30-35GW in 2021 and 2022, and other renewable sources may stay around the 10GW mark.

After 2022, the annual growth in China will slow down, the report forecast. However the rest of the world will continue to see a growth in the renewables.

In Europe, for example, renewable energy will see expansion due to favourable policies, including the decline in costs of photovoltaics.

Renewable energy in US will also see further expansion due to the new US emissions reduction targets and the new infrastructure bill, if passed, said IEA.

IEA has asked governments to prioritise policies that encourage greater investment in solar and wind energy. They must focus on the additional grid infrastructure they will require and in other renewable technologies such as hydropower, bioenergy and geothermal energy, the agency said.