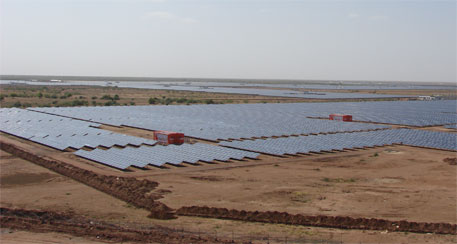 There is good news for renewable energy fanatics. According to a latest news report, clean renewables such as wind, solar power, tidal and hydroelectricity will overtake coal in the next 15 years to become the world’s top electricity sources.

However, this is possible only if the pledges countries are making to bring about a global climate change deal this year are met.

A finding by the International Energy Agency (IEA) shows that renewable power can rise from just over a fifth of global electricity generation currently to nearly a third by 2030—a bigger share than either coal, gas or nuclear plants, the report adds.

This shows that energy companies are making a “major fatal error” if they are assuming that climate action is not going to affect their businesses, Fatih Birol, the IEA chief economist, was quoted by the Financial Times as saying.

“That would be like assuming interest rates will stay the same for the next 25 years,” he added. “It’s the same type of short-sightedness.”

For the first time in the history of United Nations climate negotiations, almost all countries are supposed to limit their greenhouse gas emissions as part of a global agreement due to be signed in Paris in December this year.

Recently, a climate summit was held in Bonn, Germany, (June 1-11), to make way for the Paris climate conference.

The measures already unveiled by several nations say that there should be a reduction of fossil fuels usage, especially coal, in the US, the EU and elsewhere, according to the IEA.

The agency, however, warns that schemes launched so far will not be enough to stop average global temperatures warming more than 2°C from pre-industrial times, a limit countries have already agreed should not be breached because it could cause climate change.

Energy-related emissions from carbon dioxide (Co2) stalled in 2014 even though the global economy grew. This has raised speculation that the historic link between economic growth and rising emissions may finally be breaking.

According to Birol, there is no guarantee that carbon pollution levels would stay flat, partly because developing nations are still building inefficient and polluting coal power plants.

These types of coal station should be banned, the IEA says. The energy agency wants the Paris agreement to include a long-term deadline for phasing out greenhouse gas emissions, as it feels it offers a more tangible goal to guide business investment than the existing 2°C target.

Leaders of the Group of Seven (G7) nations have recently backed a goal to phase out emissions this century and sharply reduce greenhouse gases by 2050.

But such targets are dividing the nearly 200 countries negotiating the Paris climate agreement. Some say emissions should be virtually eliminated by 2050 while others say there should be no firm deadline at all.

Two-thirds of greenhouse gases come from producing and burning coal, oil and gas used to power the world’s electricity systems, factories and cars. So, meeting the climate targets is expected to require rising levels of renewable energy investment, which reached $270 billion globally in 2014.

Renewables accounted for about half of all new power plant capacity built last year and the IEA expects the share to rise in coming years. The agency says renewable power now accounts for 22 per cent of global electricity generation, well behind coal at 41 per cent.